One of the major treats in looking through the early issues of ACG's Forbidden Worlds, is discovering artists I'd not known about previously. This may be considered heresy by some comics fans -- but as lovely as the Frazetta/Williamson story from 1951's FW #1 is, for me the real stunner in the issue is The Way of the Werewolf, drawn by Emil Gershwin. Just look at how strong the drawing, storytelling and composition are in this tale! Who else was drawing like this in 1951? This dramatic clean line look seems startlingly modern to me. It does have some visual elements in common with some of the newspaper strips of the day -- and I'm reminded a little of Alex Kotzky and William Overgard -- but this is more stylized than their work. The open panels, the great black spotting -- great character drawing -- all of this just knocks me out!
I've cleaned these scans up, as the color was as badly off register and the pages heavilly tanned as the Frazetta/Williamson piece originally was. There's still plenty of off register color -- but I fixed the worst of it. The faded lettering in one caption was there in the original.
According to his entry at lambiek.net, Gershwin worked for a number of publishers in the 1940's and 50's. Fox, Quality, National, Hillman, Fawcett and Atlas, as well as ACG, all published his work. Some of his work on Starman is in print in DC's Archives editions. I found a 1957 splash from Atlas' World of Suspense -- and have added it at the bottom of this post. The drawing is even better in this later piece -- and just look at those characters! I can't believe I never knew about Gershwin until now -- and seeing how good his work is, I'm surprised there isn't more fuss made about the man in comics circles. I hope this post will send some of you looking for more work by him. He passed away in 1999 -- and I have no idea what he did in the years between his last published comics work and his death. I do know I now have a "new" cartoonist to ad to my favorites list.
Recommended website: Atlas Tales -- great info and scans to be found there. 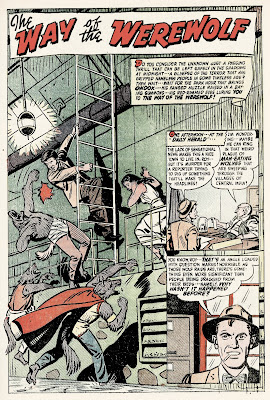 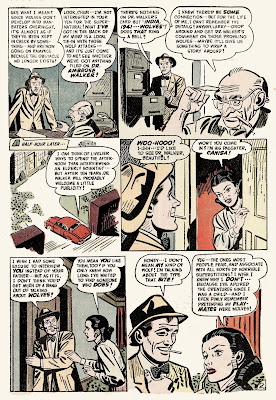 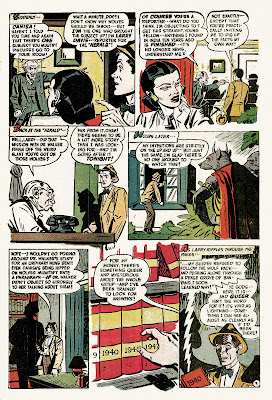 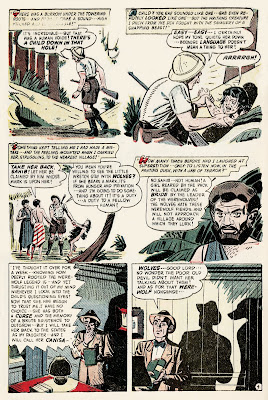 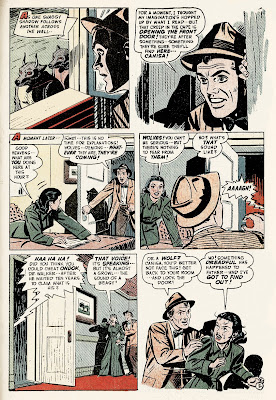 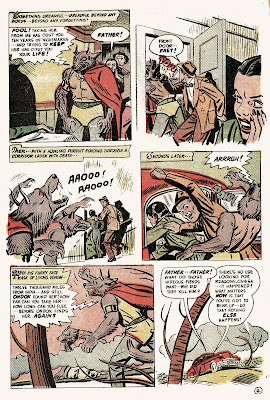 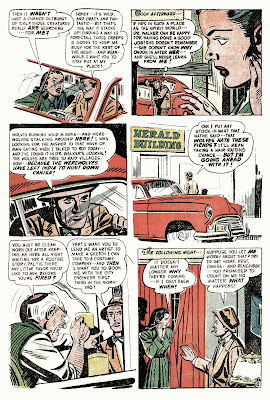 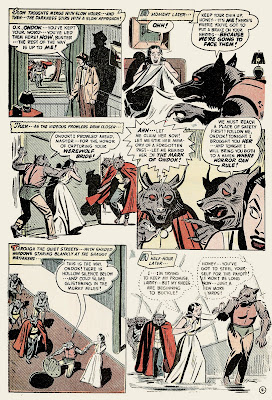 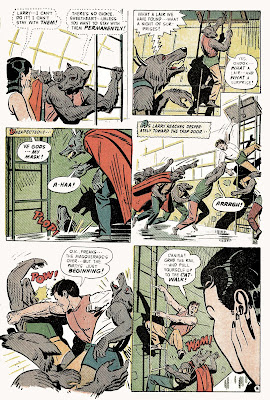 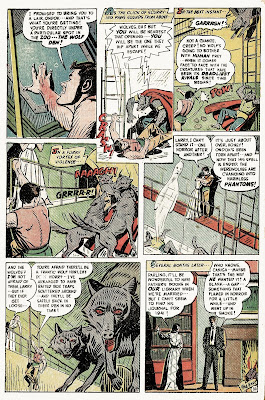 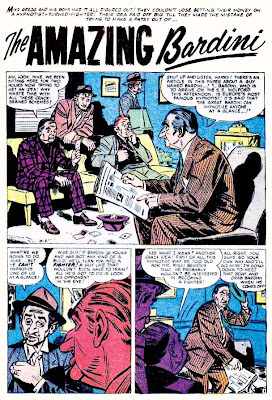 The layouts remind me of early George Tuska but the inking is VERY reminiscent of William Overgard (whose work I coincidentally printed at MY blog just yesterday!).

Gershwin was a rare talent. I have an old fanzine reprinting about 65 pages of his marvelous work. Here's a blog I found featuring one of those stories:

He was apparently related to George and Ira Gershwin, the famous composers. Not a son... maybe a nephew?

Anyway, thanks for providing these great scans!

I've been collecting Gershwin's work over the past year or so and have gathered quite a few of his stories. Alex Toth was a huge fan of his, yet he remains kind of a mystery man as he rarely signed his work. He's known for his work on Starman in Adventure Comics, but his work began to evolve after that run. His best work was his work in ACG's 50's horror anthologies. Even in his run there you can see his work evolving. Been trying to find that Amazing Bardini story but have only found the splash page online. Glad to see other people appreciating this man's work. I've been planning a post on him on my blog as well.

His work looks almost like Krigstein inked by Harvey Kurtzman. Love the characters on that last page---great faces!

Just found Emil's daughter, and she sent me a photo -- the only photo of Emil I've ever seen.

He was Ira's first cousin.