I've been lax, once again, in posting my REX MORGAN strips here on my blog. What can I say? I'm a busy guy.  Anyhow -- we'll catch up in this post.

I've not been posting my PHANTOM Sundays here lately -- you can see them on King Features' COMICS KINGDOM website, so I don't think I will be posting them here any more -- but the black and white REX dailies are not available at CK (except in a Spanish language version) -- so I'll continue to post the REX strips, so the gray-toned art version can be seen by my fans who don't get REX in their local newspaper.

In these strips, we see the Morgans moved into their new home, the beginnings of a romance between Jordan and Michelle, Sarah's Halloween -- and Milton taking an unfortunate walk. This batch ends with a Thanksgiving strip, and a brief check in with Bugsy and Dolly -- we'll be seeing more of them soon.

Woody Wilson didn't write seasons or holidays (except a non-continuity Christmas strip) into the feature, for reasons of his own. But I wasn't going to pass up the opportunity to do a Gasoline Alley inspired leaf raking Sunday page when autumn arrived (see the 10-2-16 Sunday in my previous blogpost), or send Sarah trick or treating (even if it wasn't anything resembling a story), and celebrate the first snowfall (check in on the Comics Kingdom site this coming Sunday). Yes, some folks live in places where these seasons don't happen -- but I feel they are right at place in the old fashioned setting of the Morgan's hometown of Glenwood (in some state somewhere in the US of A). And in collecting examples of early REX strips, I've found plenty of winter/snow sequences in the Nick Dallis-written version of the strip, so I feel justified in bringing back the change of seasons to the feature.

I couldn't resist a couple visual in-jokes on the 10-30-16 Sunday page. In the last panel, the trick or treaters on the left are inspired by some of the kids in "It's the Great Pumpkin, Charlie Brown," and the trio on the left are wearing the cursed masks from "Halloween 3: Season of the Witch!" 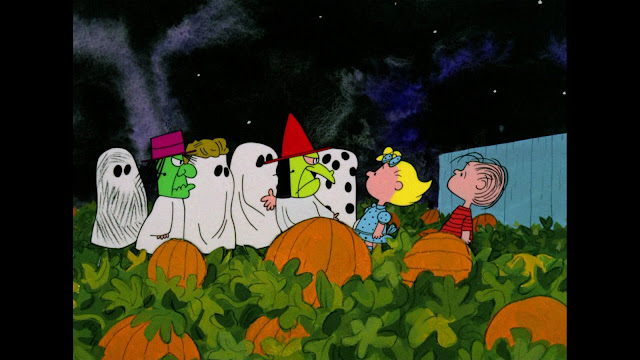 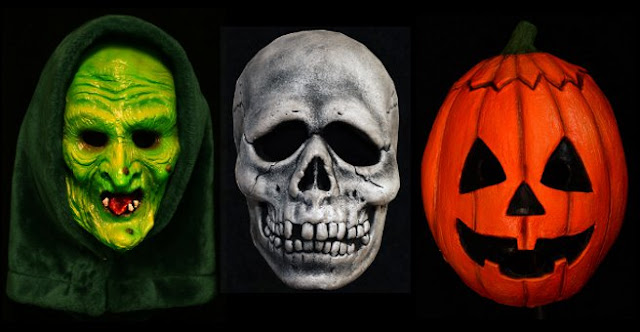 And now -- here's a big batch of REX MORGAN. 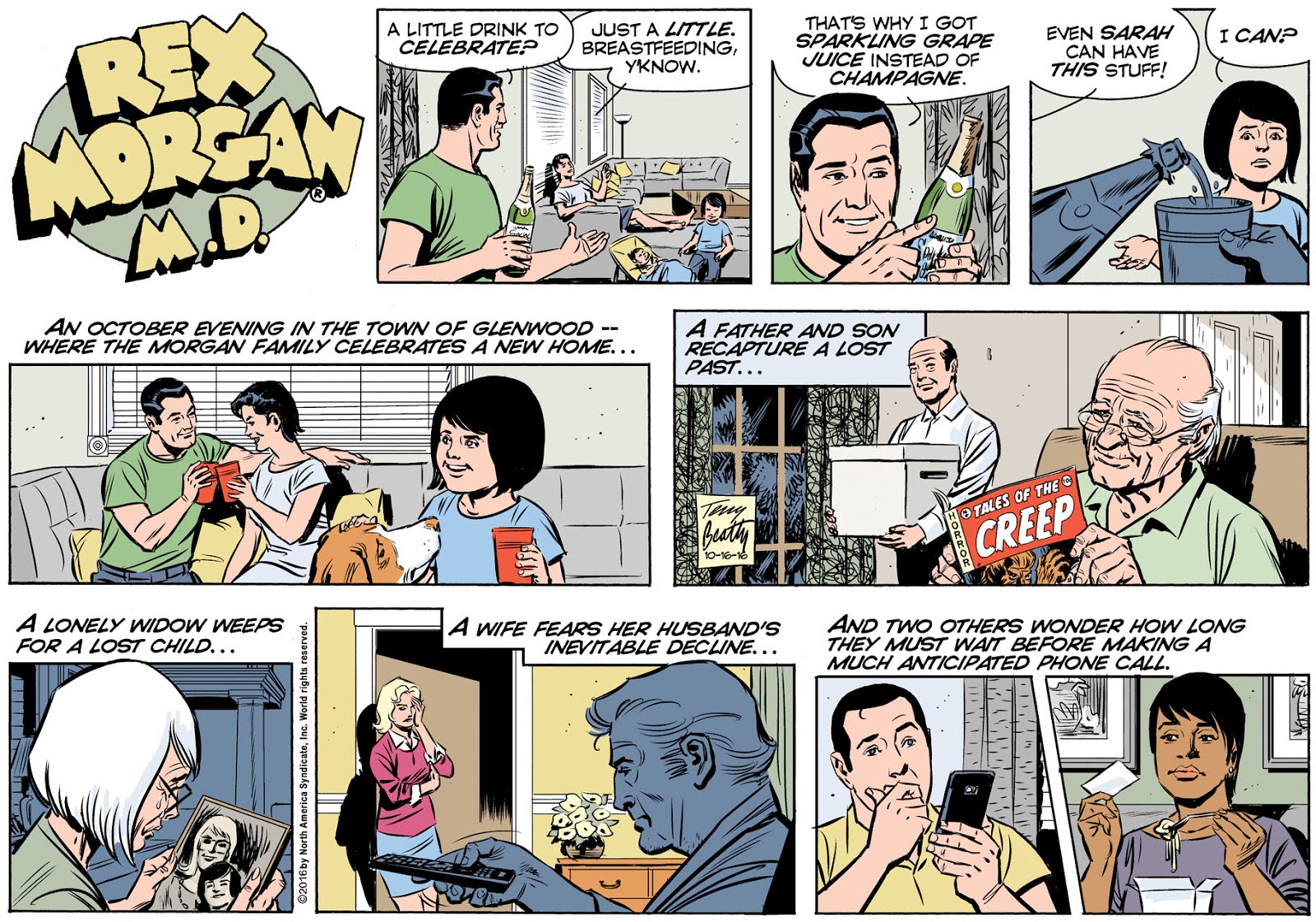 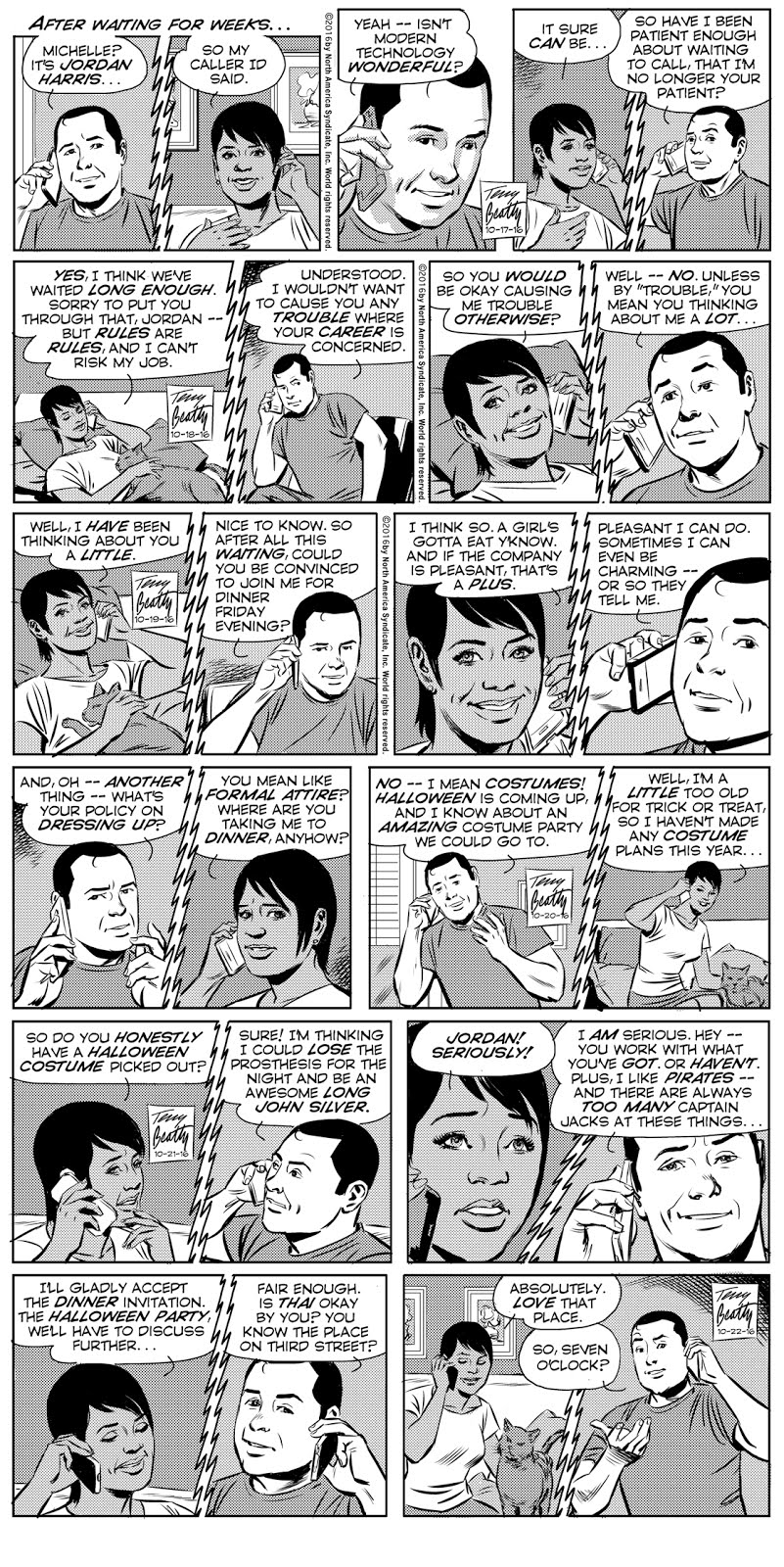 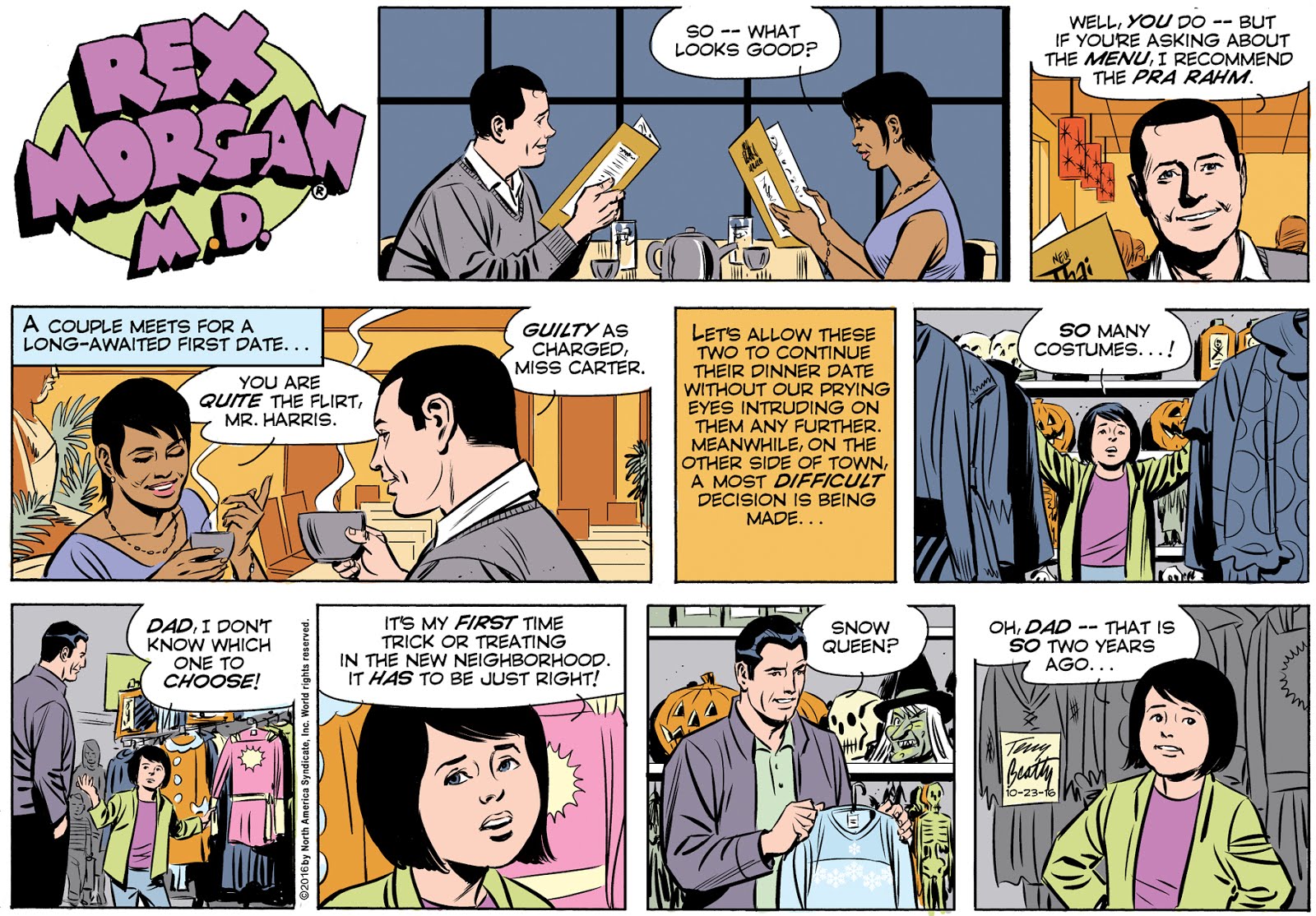 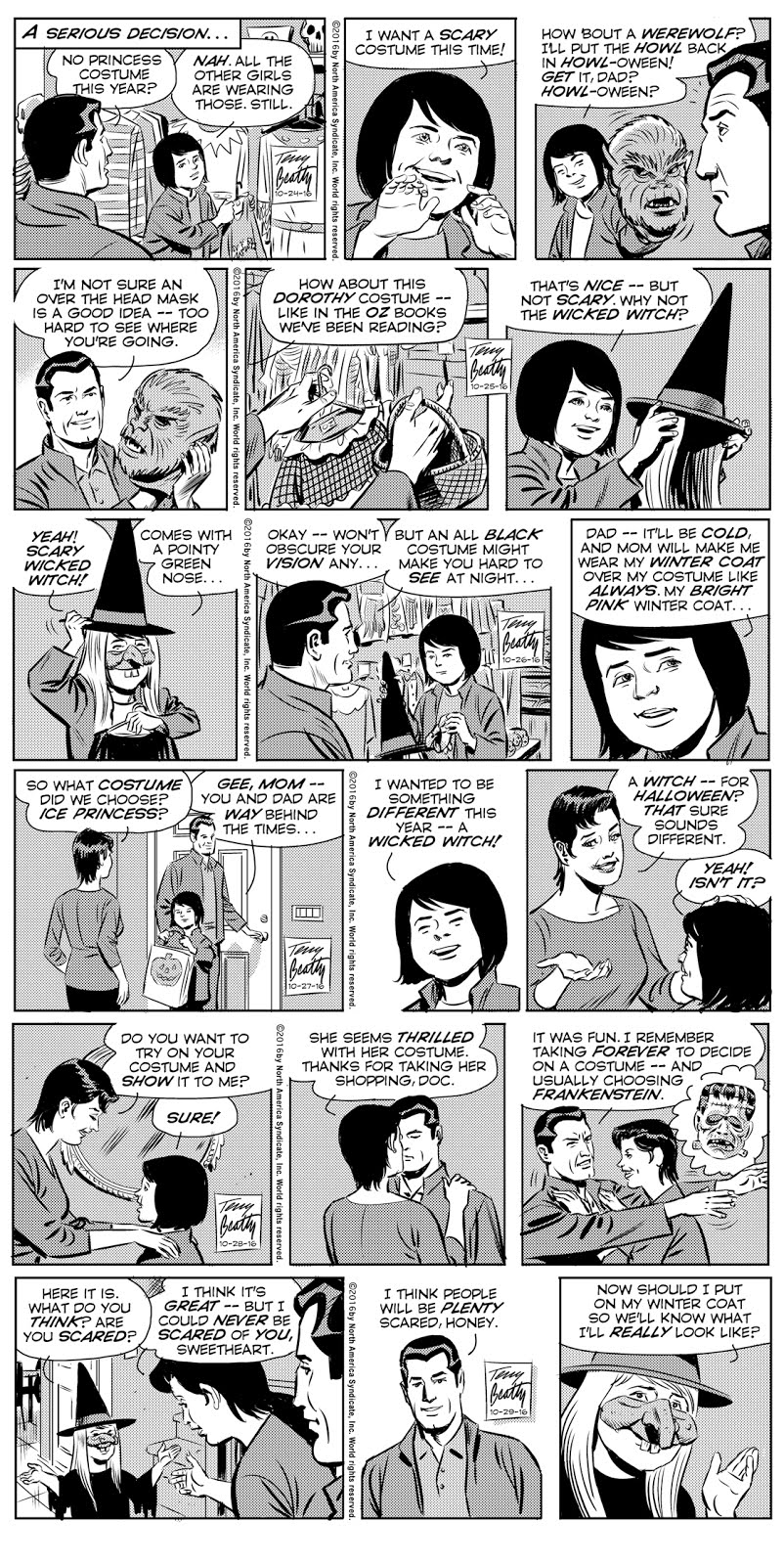 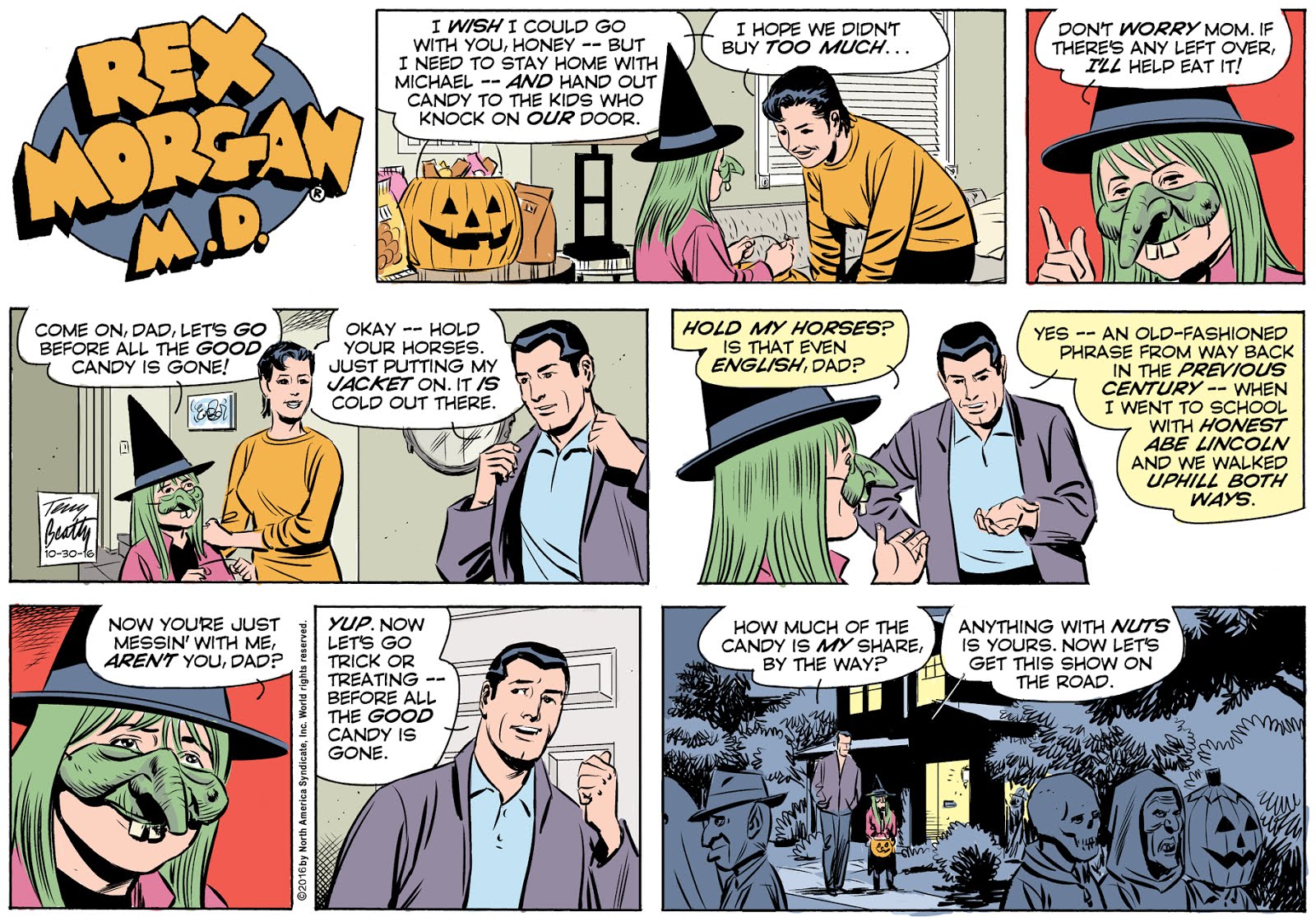 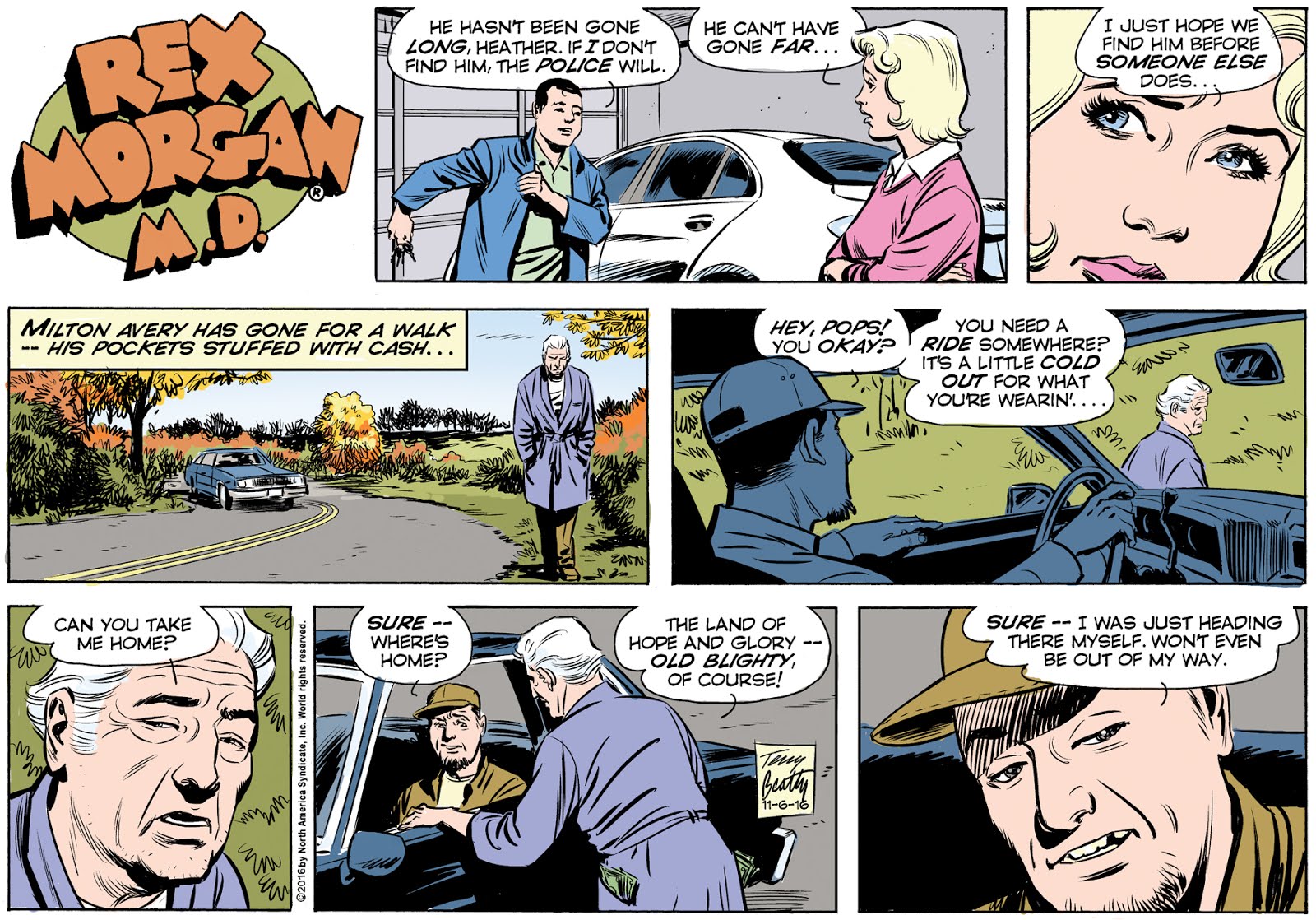 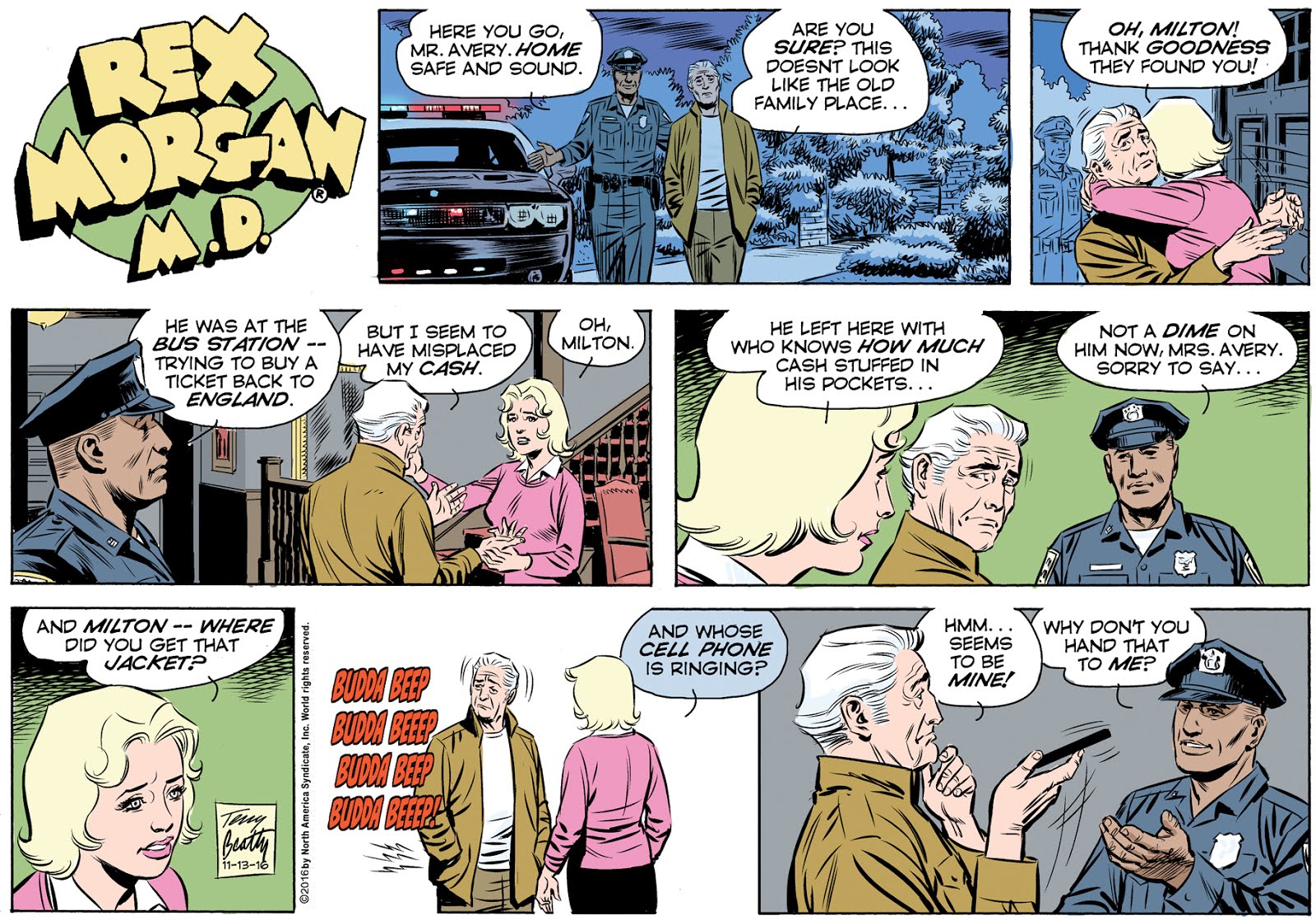 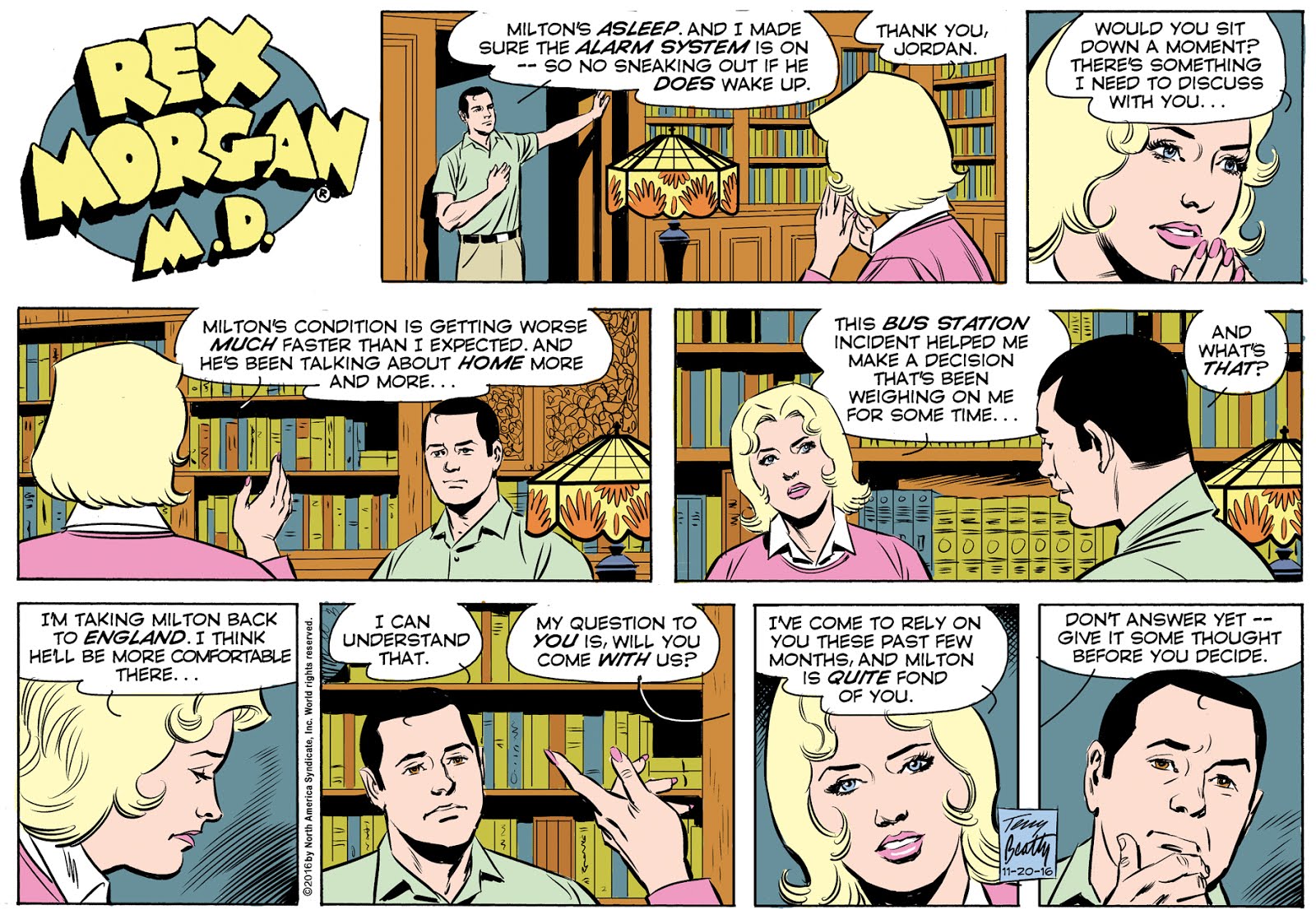