I noticed the other day that TCM had Artists and Models scheduled, and so I set my DVR to record it.  I assumed it was the Dean Martin and Jerry Lewis movie of that title -- which is about the comic book business -- and has lots of fun comic book content ("The Bat-Lady!") -- but I was mistaken.  What was shown was the 1937 Jack  Benny vehicle with the same title.  I'd known about this film -- having a piece of sheet music from it in my collection, but had never seen it.  I bought the sheet music, because it featured Benny (one of my favorite comedians) and also artwork by the great cartoonist Russell Patterson. If I had any idea what box it was stored in, I'd dig it out and scan it and include it here, but I'm not in the mood to go tearing through my storage closet right now.
Anyhow -- turns out that the '37 Artists and Models is not a very good movie -- despite being directed by Raoul Walsh and having such talents as Jack Benny and Ida Lupino in it.  But it is of interest to artists and art fiends, because it features appearances by Russell Patterson, John  LaGatta, Rube Goldberg, McClelland Barclay, Arthur William Brown and the great New Yorker panel cartoonist Peter Arno.  There's also a bizarre musical number featuring puppets designed by Patterson, including "Esky,"  the Esquire magazine mascot.
So that you don't have to suffer through this lousy movie to see the cool parts, I took some screen shots, and am sharing them here.
The titles have Russell Patterson images throughout. 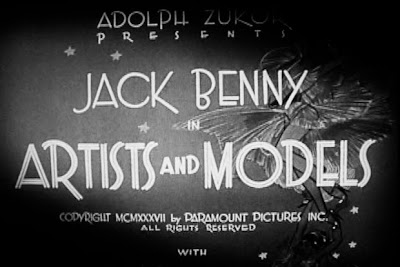 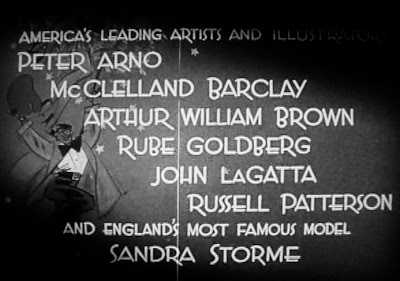 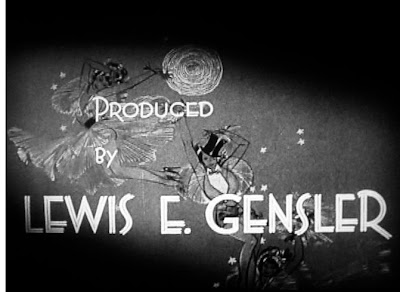 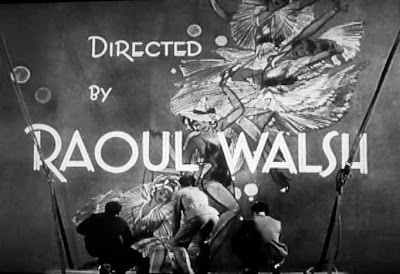 The artists on stage at the Artists and Models ball. 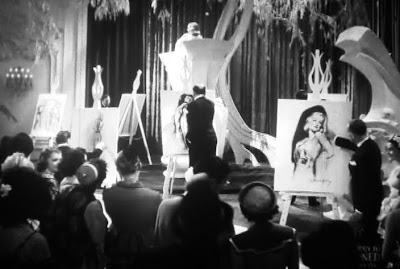 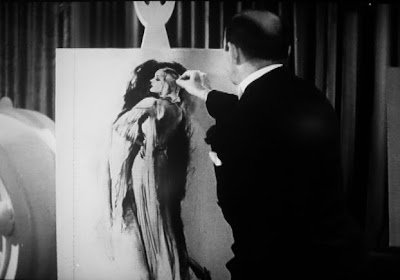 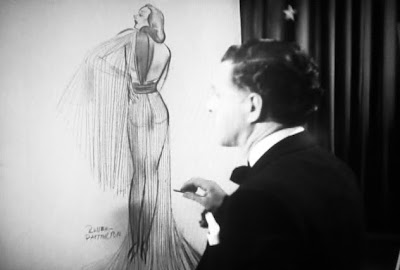 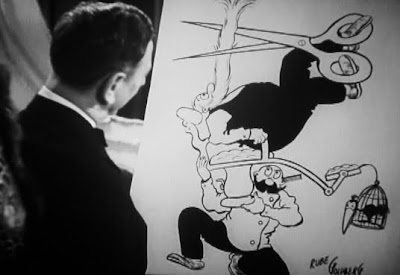 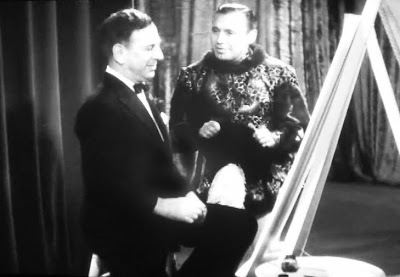 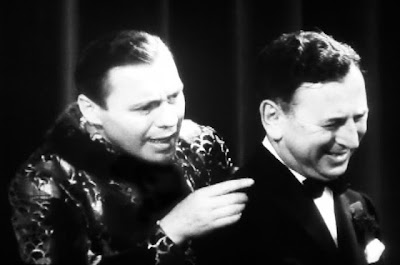 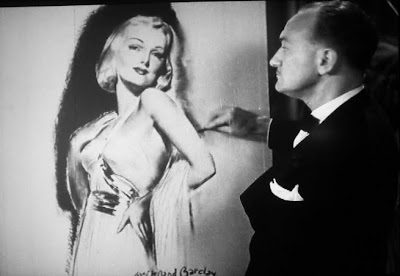 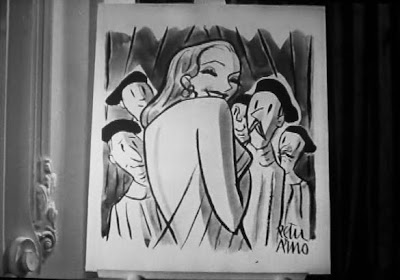 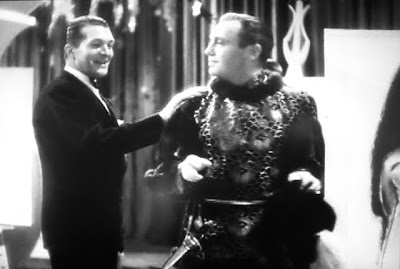 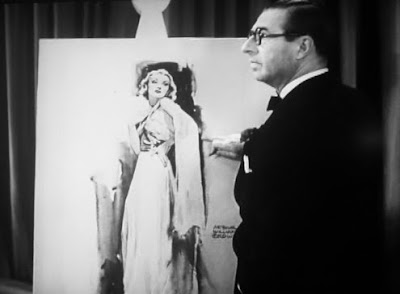 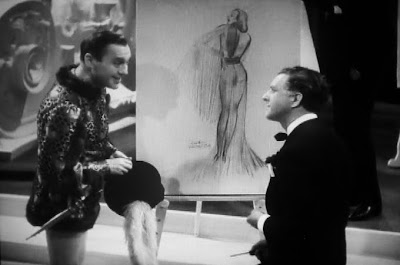 Benny and LaGatta -- Brown in background 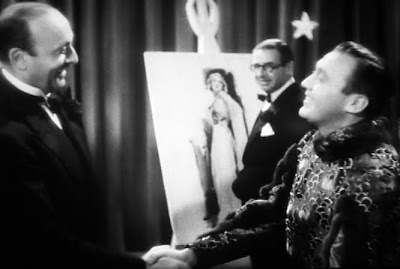 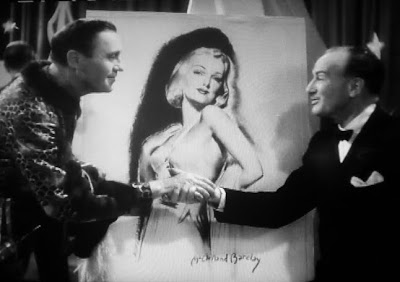 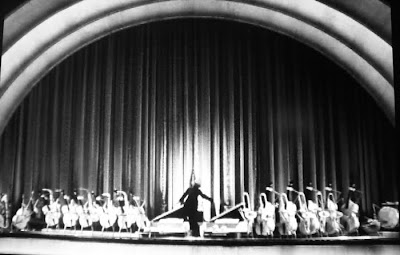 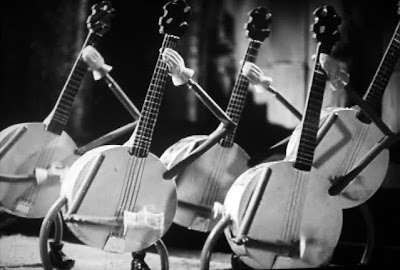 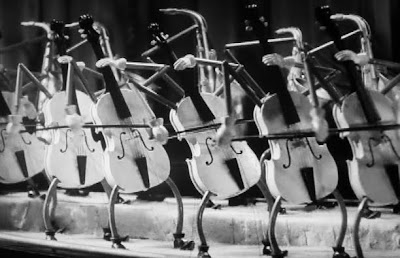 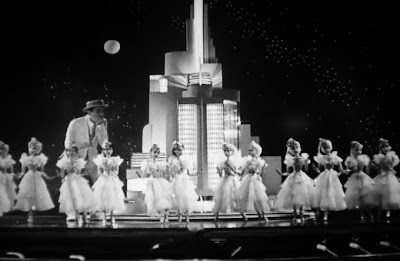 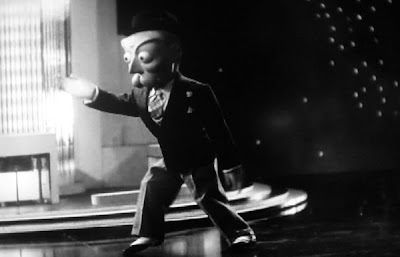 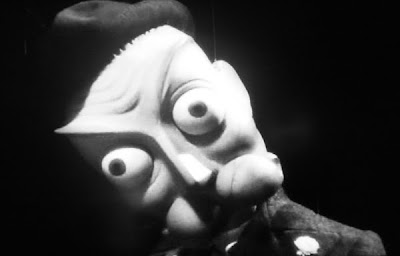 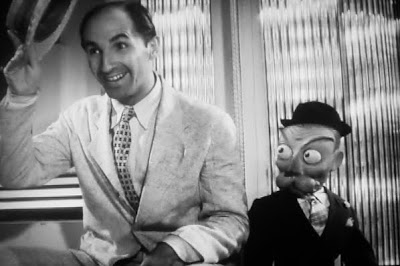 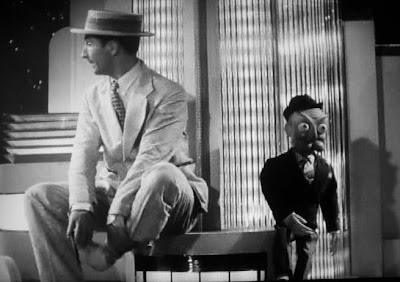 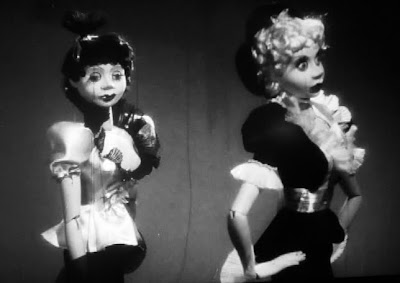 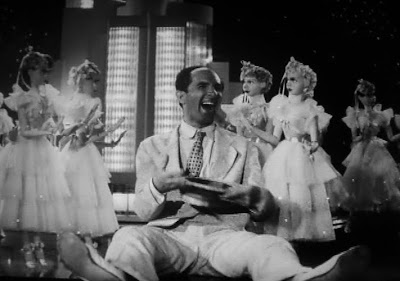 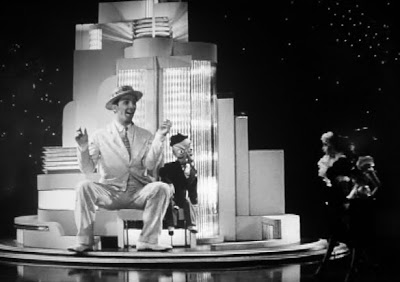 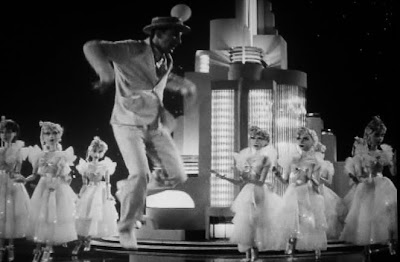 Another Scary Monsters wraparound cover illustration done!  This is pencil, ink and Photoshop -- not a bit of paint, this time.  All images are from the ultra low budget flick,Monster A Go-Go! 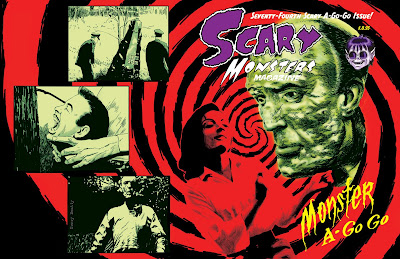