The odd combination of burlesque show, life drawing session and booze fest that is Dr. Sketchy's Anti-Art School now has a Twin Cities chapter.  Meeting once a month at the 331 Club, this was the second month for the local group -- but the first time I was able to attend.  There were two models, sometimes posing on the same stage, other times in different parts of the bar.  They opened with quick poses -- a little too short to capture both of them -- and as you can see, I quickly opted for just trying to draw one of the two ("Tomahawk Tassels"). 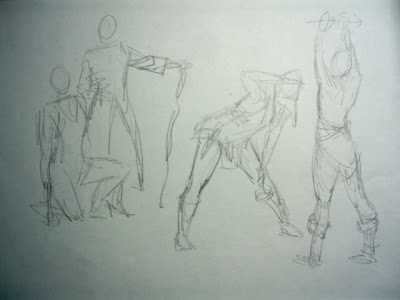 Here are several 20 minutes sketches of "Tomahawk."  There were contests going on -- prizes for best drawing with invented background -- or adding a celebrity to the picture -- but I mostly opted for just trying to get as complete a drawing as possible in the twenty minutes that was the longest pose offered. She had a classic, retro pin-up look that made her much fun to draw. 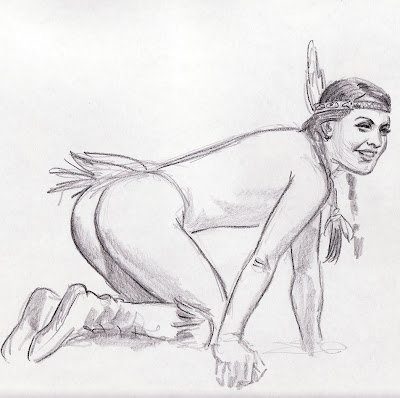 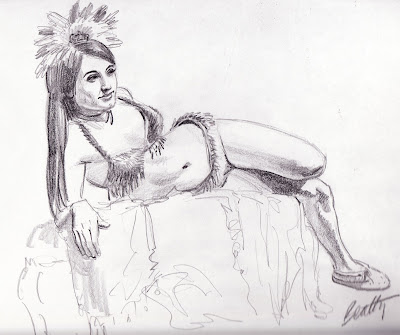 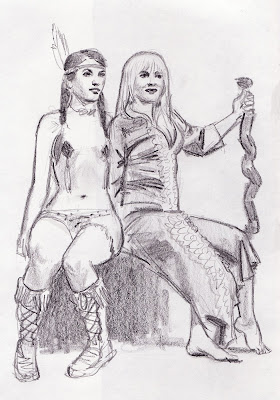 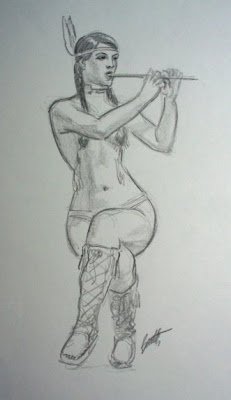 The final drawing of the day. 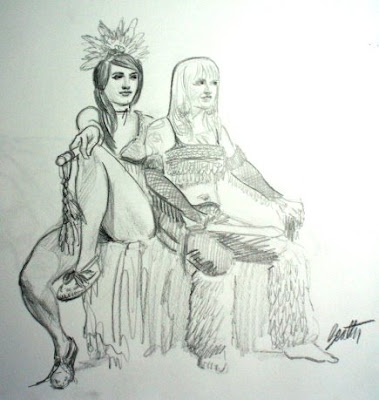 This was a great deal of fun -- and I certainly will be attending again.  Dr. Sketchy's isn't a substitute for "real" life drawing sessions with longer poses and less distractions -- but I can think of worse ways to spend a rainy Sunday afternoon....
Posted by Terry Beatty at 5/26/2008 07:53:00 AM 2 comments 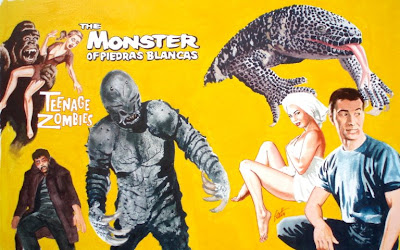