The mystery of the sunken ship and the skeleton continues -- and another mystery is solved.  The other week, Spider-Man strip artist, Alex Saviuk, sent me a scan of a Phantom strip in the "quarter page" format -- a format I thought was no longer offered!  And it got me to thinking -- how would papers run the "tall panel" strips I've been doing, as it seemed to me, there was no way to reformat those strips for the quarter page.  See below for the answer! 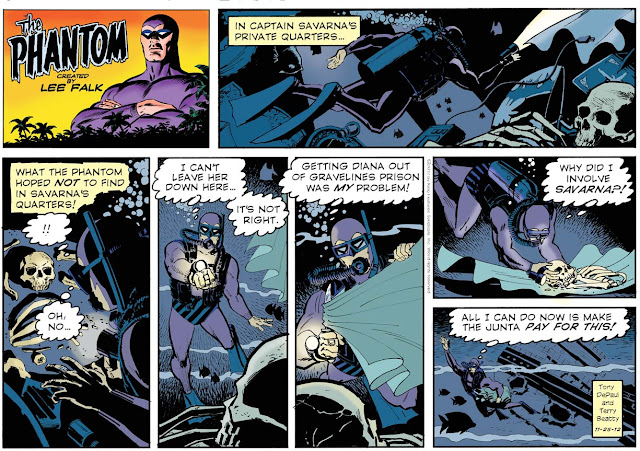 And here it is -- they skip the "drop panel" from the top row -- and add a larger (older) version of the logo panel!  Thanks, Alex, for sending this along! 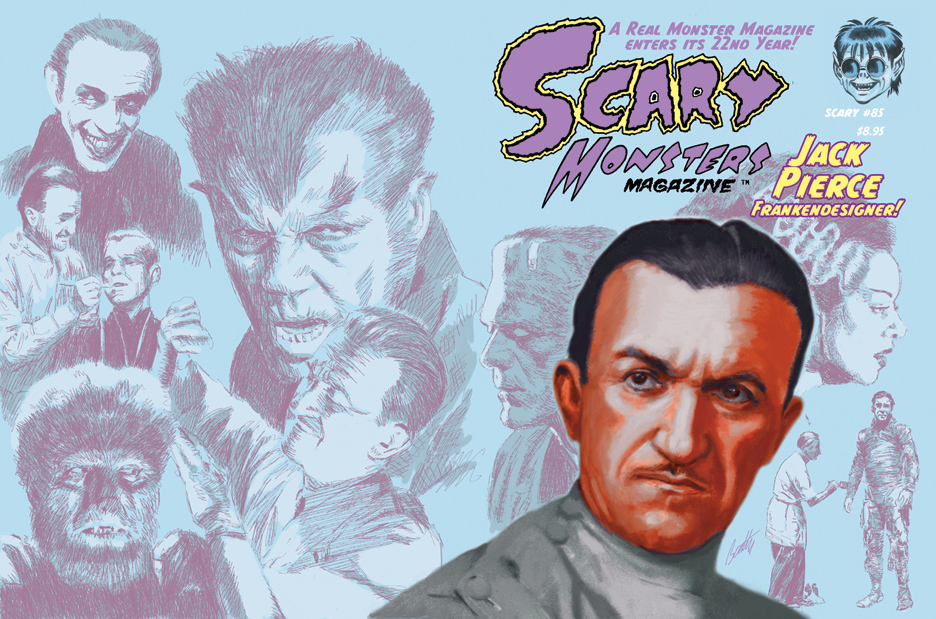 I shared these on facebook -- but they are certainly worth posting here on the blog as well.  Here are a bunch of trade ads for the 1933 King Kong, found on the Internet Archives.  These are from various issues of The Film Daily. Enjoy! 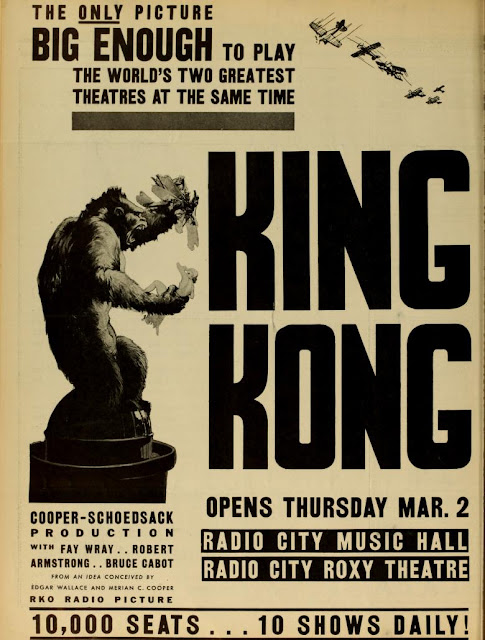 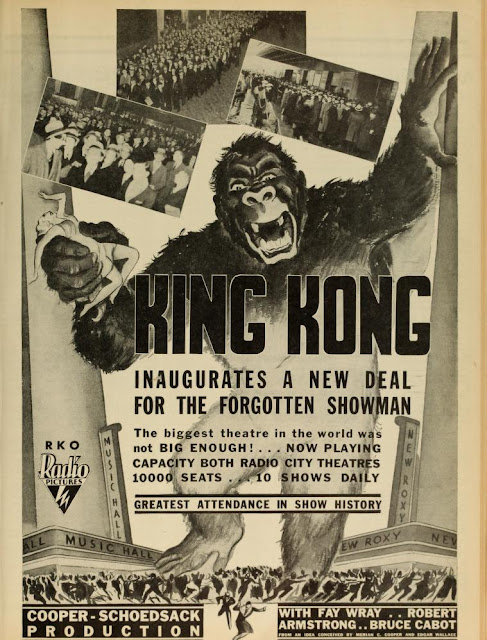 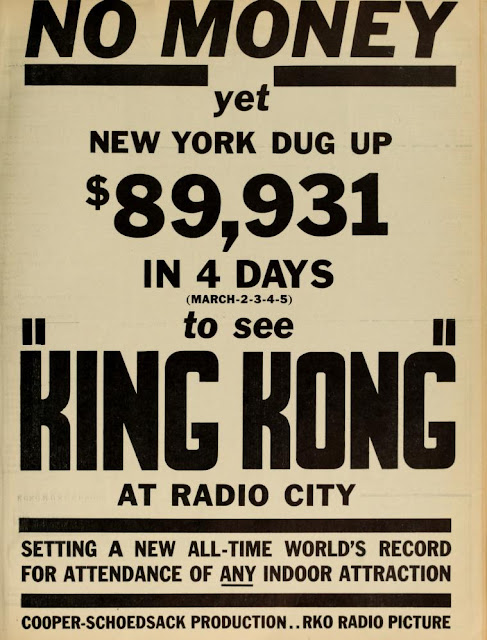 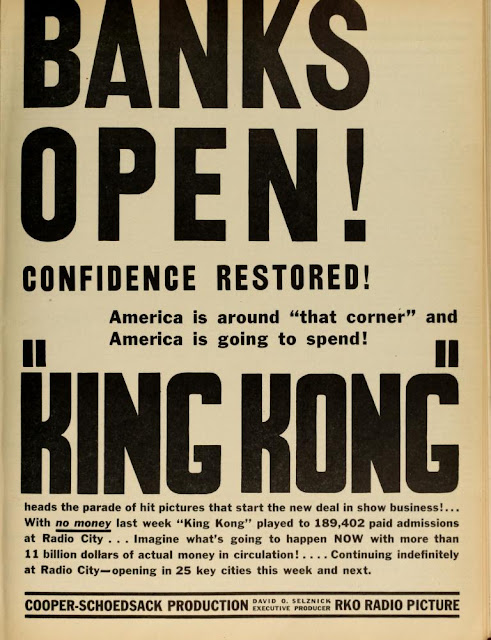 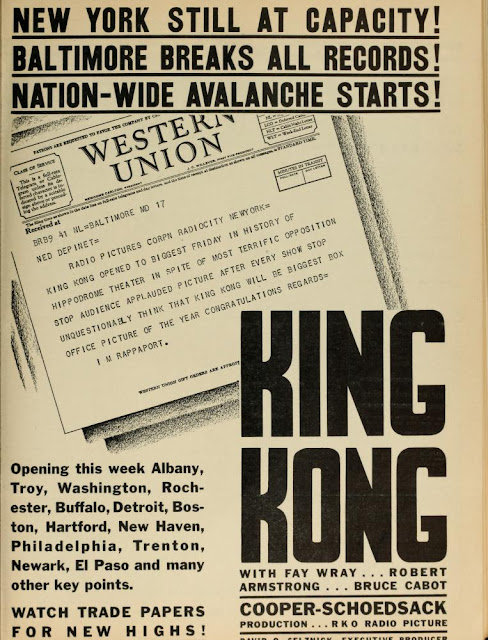 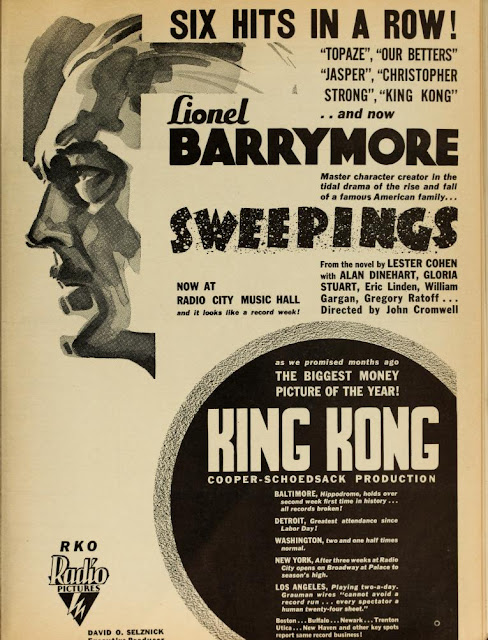 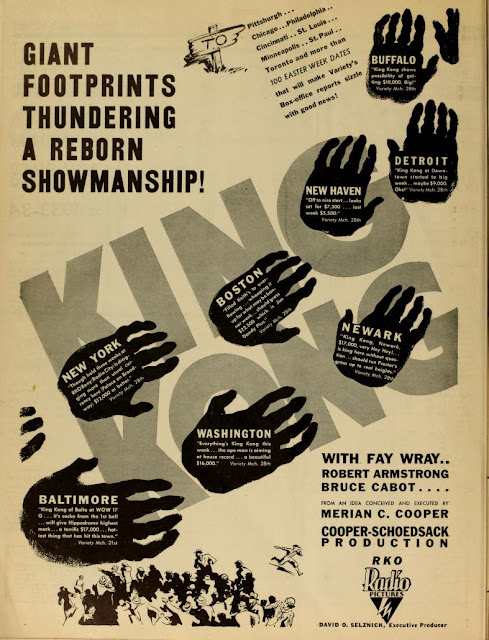 This Sunday's Phantom, posted for your enjoyment. Yes, I know it's Tuesday. I'm busier than usual right now -- commercial illustration, comic book work and commissions have filled my schedule to overflowing -- a nice problem to have for a freelancer, I suppose.  Still, it means I'm fighting the clock to make deadlines, and wishing some elves would show up Wednesday night to help fix Thanksgiving dinner! 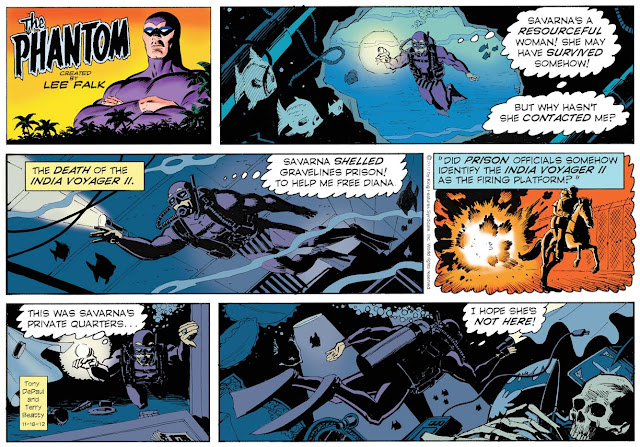 Here's the Phantom Sunday of 11-11-12 -- as seen on the web and in newspapers around the world.  But I didn't originally draw it quite this way.  The final panel was first drawn as you see it below the Sunday strip -- with the action going from left to right.  I'd pencilled, inked and colored the strip that way -- and was about to deliver it.  And then I realized I'd made a blunder.

As drawn in the original final panel, the blast damage from the rockets fired by the jets would be on the opposite side of the ship from how I'd drawn it in that big panel in the middle row!  Ouch! So, with the help of Photoshop, I moved the inset Phantom close-up to the right, added the missing drawing created from the moving of the word balloon -- and then flipped the image of the ship and the jets, fixing the continuity issue.  I did neglect to flip the position of the big smoke stack, so there's still a small error in the artwork -- but not the big continuity blunder I initially made!  The mistake is preserved in the original ink art for the strip.

So there you have it.  I goofed.  I fixed (mostly) -- and now you have a little something extra to read about on my blog. 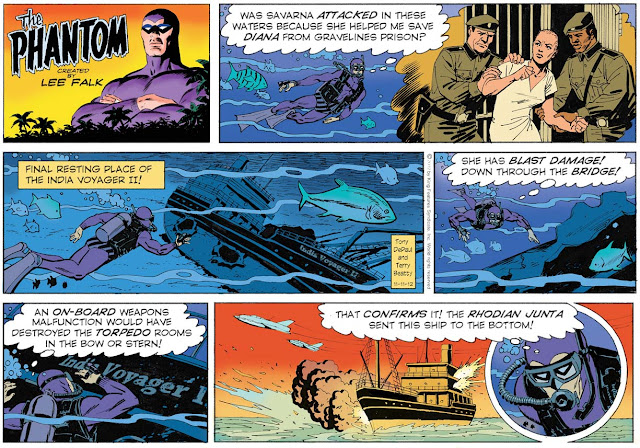 Above: Corrected Phantom Sunday as published.  Below: Oops!

The new story continues. Sorry to be slow about posting these -- busy, busy, busy! 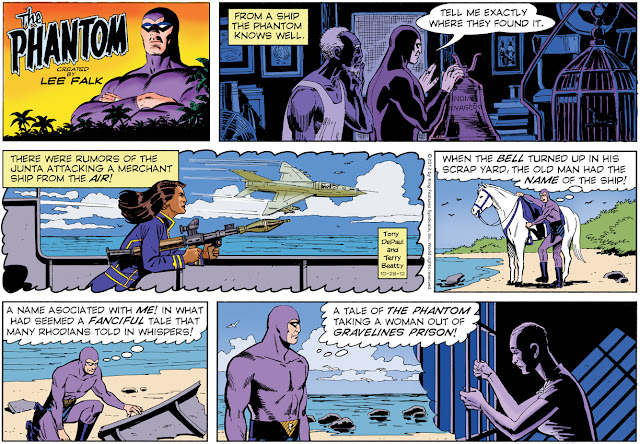 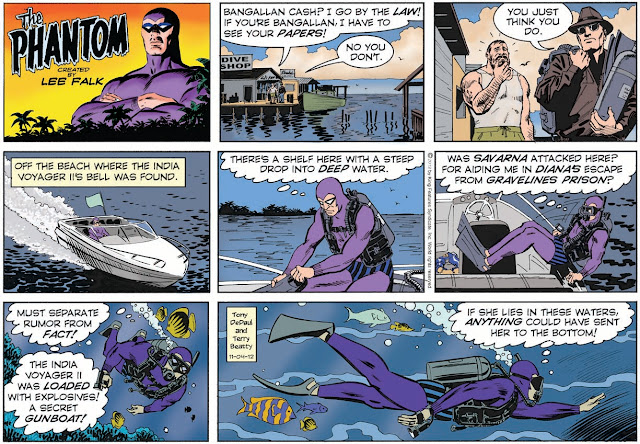