Kurt Parsons interviewed me for a podcast on his website.  There are also interviews with other cartoonists, including Gene Colan.  Check it out HERE.  That's all!
(Link fixed -- thanks to Jim Keefe!)
Posted by Terry Beatty at 1/28/2010 11:29:00 PM 6 comments

How MONSTER MEMORIES are made.

For quite a long while now, I've been creating the cover art for SCARY MONSTERS magazine and its annual MONSTER MEMORIES edition.   Over the past two days, I produced the wraparound cover art for the upcoming MONSTER MEMORIES 2010 issue.  I thought it might be fun to follow the process.
It begins with an email from editor/publisher Dennis Druktenis outlining all the images and copy he'd like on the cover.  As this issue contains a previously unpublished interview with the late Forrest J Ackerman, Dennis sent along multiple photos of Forry in his cluttered office.  For the movie monsters/actors depicted, I searched my collection and the web for appropriate reference photos.  On this cover we have Boris Karloff as the Frankenstein monster, Bela Lugosi as Dracula (from Abbott and Costello Meet Frankenstein), Vincent Price, Peter Cushing, Lon Chaneys, Senior and Junior -- and Aurora model kit "Big Frankie." 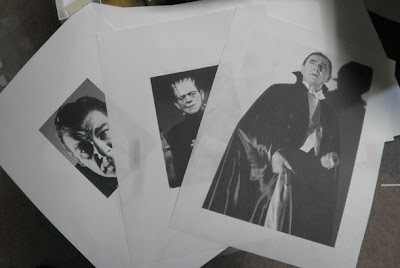 The next step is a rough pencil layout -- which I neglected to take a pic of -- but it's just a bunch of squiggles anyhow -- you're not missing much.  I then drew all of the cover-featured creatures in pencil -- roughing in the logo and placement for some of the cover copy. 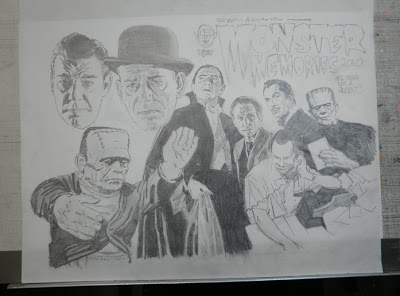 I scanned this image, dropping out the rough logo and copy, and using Photoshop, altered the pencil tones to a light blue.  I then printed this onto bristol board. 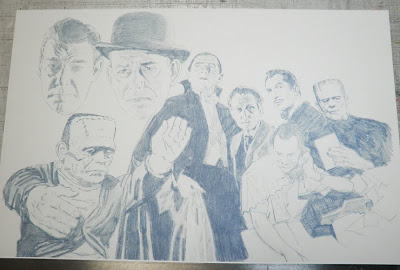 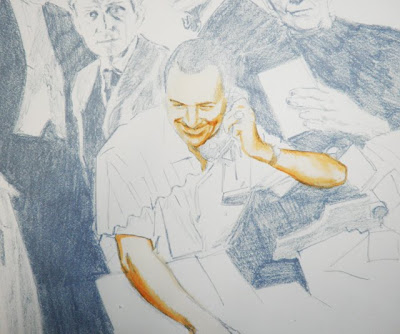 Here we are a little further along. 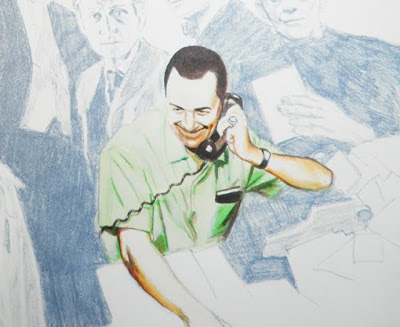 The  Forry portion of the piece was fully colored/painted -- with the messy elements on his desk just suggested, and fading away into white in the corner of the piece.  Using blue inks I added more depth and detail to the "background" monsters/actors. I also printed out a light blue scan of FJA's "Frankenscience Monster" book and with x-acto knife and glue, placed it in Karloff's hand 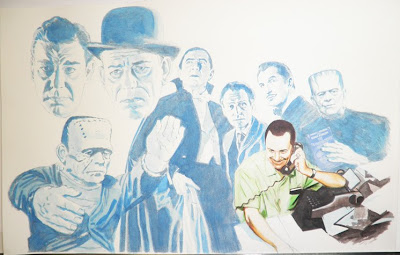 The next step was to scan this and start playing with contrast, hue and saturation in Photoshop.  I bumped the blue up to a darker purple and tried a greenish background color. 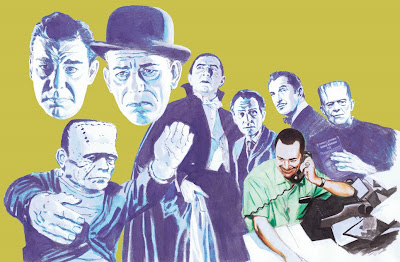 I liked that -- but maybe orange would look better?  Yup. 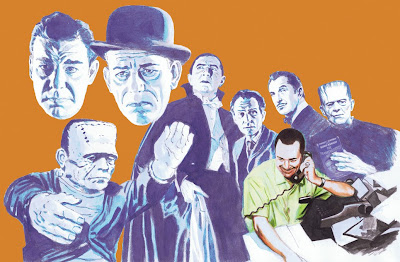 Next step was to hand draw the logo, scan it and combine it with the already existing illustration.

More fussing with color -- a deeper reddish orange for the background, and a little more contrast saturation on that purple.   A little "Sam Scare" head was added by the logo, as well as all the cover copy requested by Dennis.  A few minor tweaks, and it's done.  Look for the cover below on your newsstand in the not too distant future! 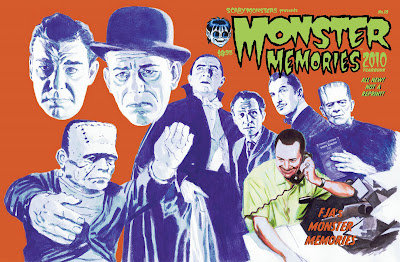 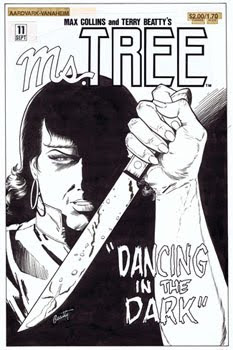 After several years of my website being terribly outdated, I've completely revamped the site.  I've added new pages (biography, news, original art for sale) and lots of new pictures and info.
I'll still continue this blog, as its focus is quite different -- but if you've  been enjoying the blog, you might find something to like on the website, too.  Please check it out. www.terrybeatty.com
Posted by Terry Beatty at 1/10/2010 08:29:00 PM 1 comments

The Tarzan comic strip debuted on January 7, 1929.  This rare book reprints the entire Hal Foster-drawn adaptation of the Edgar Rice Burroughs novel. I've scanned the first few pages. Considering that the format would be perfect for it, I'm surprised this was never reprinted as a Big Little Book.   It also seems strange that there has never been a quality modern reprint of this material in book form.  The NBM Hal Foster Tarzan collections contained the Sunday pages only.  To see the strips in their original newspaper format, have a look at this post on the Golden Age Comic Book Stories blog. As always, click on the images for a larger view. 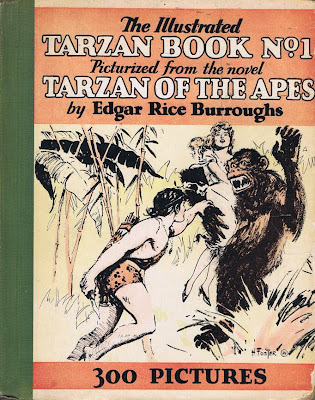 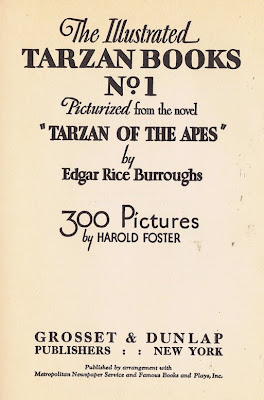 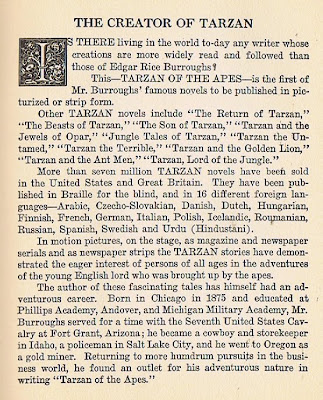 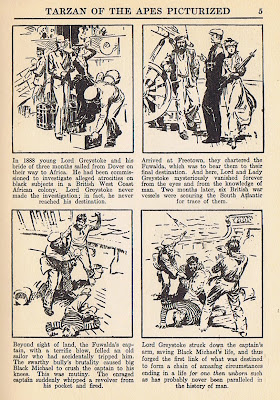 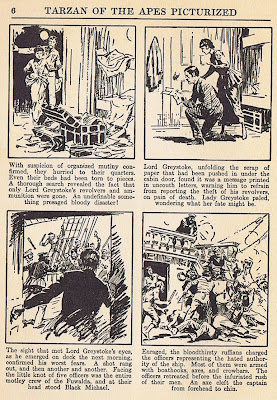 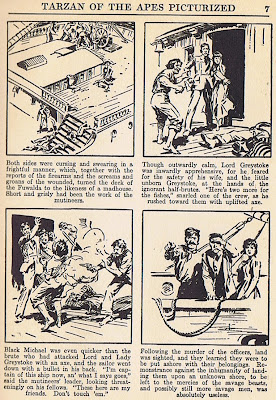 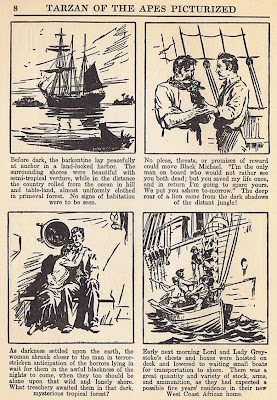 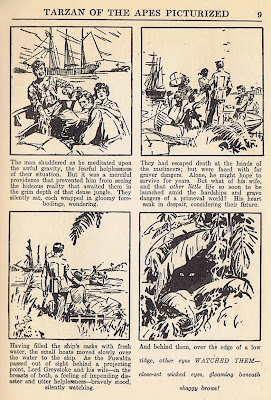 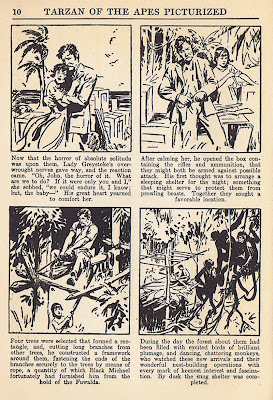 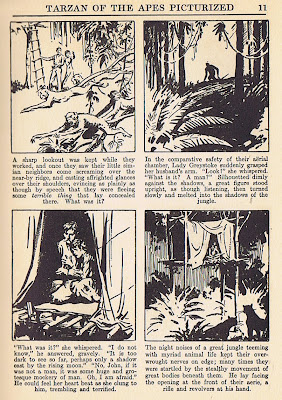