Here's wishing you all a Happy Halloween!  I celebrated the season by assembling and painting this gorgeous "Kimba the Witch" model kit from Tweeterhead Productions.  I stuck with an orange and black color scheme to evoke the look and feel of vintage Halloween holiday decorations. 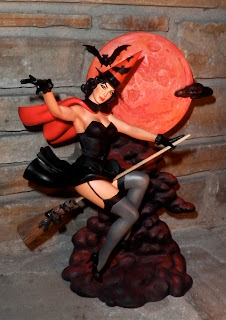 Now that the Green Lantern model kit that I designed for Moebius Models is on store shelves, I thought I'd share some images here.  The first pic is my concept sketch with notes.  I wasn't convinced this pose would be possible, but sculptor Joe Laudati made it work! 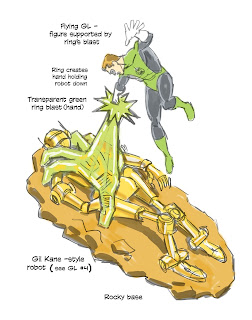 Here is an early draft of the illustration for the box top.

And the final version of the box, as designed by Bob Plant - some art revisions by me.

Finally, here are a few shots of my build-up of the actual model kit.  It was a thrill to be involved in the production of this piece. Reaction from collectors and builders has been very positive. 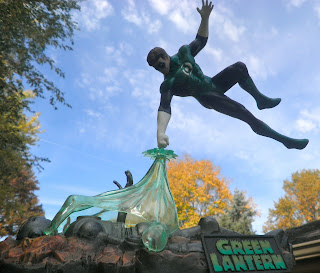 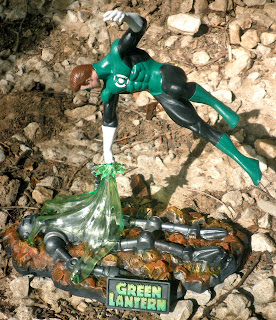 I'll be making a personal appearance at KC Fan Con #32, Sunday, November 6th at the Clarion Hotel (I-435 and Metcalf) in Overland Park, KS.  The show runs from 10AM to 4PM and admission is free.  I'll have advance copies of Road to Perdition and the Green Lantern model kit at my table, along with the usual batch of comics, original art, sketch cards, etc.  More info on the show and the other guests HERE.  If you're in the KC area, please stop by! 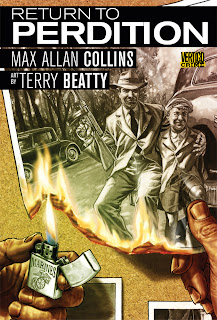 I recently drew a big batch of "sketch cards" in order to have something new and fun at my FallCon table -- thinking (rightly) that I wouldn't be lucky enough to have my copies of the Return to Perdition graphic novel or Green Lantern model kit show up in time to take along (they arrived at my Missouri home the day after I left for the Minnesota convention -- of course!)

A few of these sold (Dracula, Wolfman, Creature and "Brave & Bold" Batman) -- but the rest are still up for grabs.  If anyone is interested, please email me for details -- you can find the contact link at the bottom of my webpage.  UPDATE: also sold Ms. Tree, Dick Tracy, Doc Savage -- and Comic book Capt. America, Phantom, Superman, Thing, Johnny Dynamite)

I simply drew a bunch of characters I like and enjoyed drawing -- so there are movie monsters mixed in with comic book heroes and Saturday afternoon serial characters -- and a few of my own characters (Ms. Tree, Wild Dog, Johnny Dynamite) as well. 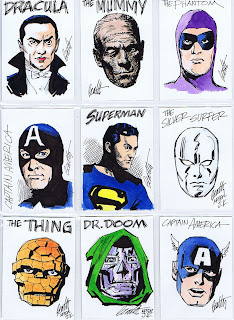 Note: The Urban Legends/Shock Stories artist proof cards in the top row below are repeated in another image further down the page -- but there is only one of each card -- they just got scanned twice... 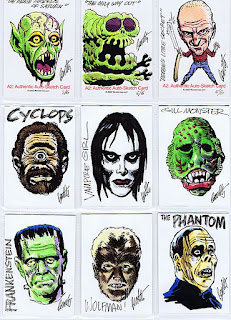 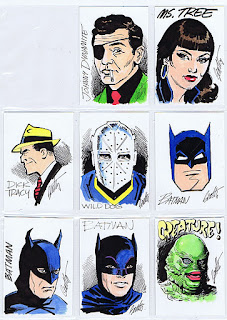 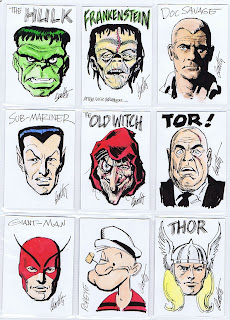 The following cards are authorized "artist's proof" original art cards from series for which I drew sketch cards that were included in card packs.  First off -- the Project SuperPowers cards featuring The Claw, the character once known as Daredevil, the original Blue Beetle, Green Lama, Skyman, and Black Terror. 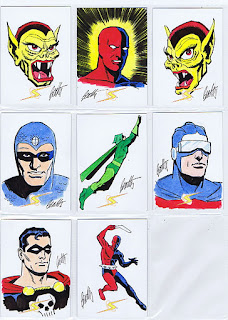 The creepy creatures below are my artist proofs from the Monsterwax Urban Legends and Shock Stories sets.  My sketch cards were black and white, while these were done in full color. 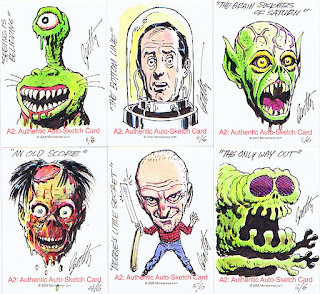 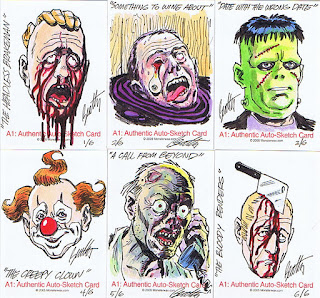 I was recently hired by Twin Cities-based musician, Al Subola, to create a CD cover for his band The Bad Companions (formerly Al's Rockabilly Trio or Quartet -- depending).  I was given several possible scenarios and went with this clueless couple driving their hot rod off a cliff.  Below is the first draft black and white line art for the piece.  The car is based on a photo I took at a Twin Cities car show -- cartooned up a bit for the illustration.  The rockabilly couple is straight out of my head.  This was drawn using the inking tools in Manga Studio -- all digital. 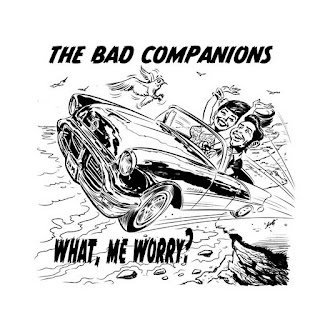 Here it is with color and copy.  I had initially thought I'd do retro "big dot" comic book color -- but  tried it and felt it didn't look as good as this version.  I did keep the "tanned newsprint" background from that version -- lending it a bit of a vintage/aged look -- there's no pure white here at all. I was quite pleased with this -- but Al pointed out (rightly) that it could be seen as the car flying, rather than hurtling off the cliff.  He also felt the warm colors were bit too cheery.  So, some changes were made. 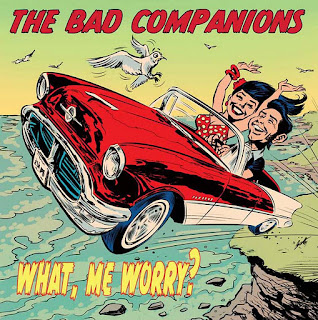 A darker background color, the car pointed down and a revised background made for this approved version.  The copy may still change, as the band may be supplying a new logo -- so if there are additional changes, I'll post those here when done -- along with ordering info for the CD -- as it'll be well worth getting -- even if it didn't have my art on the cover!!!  I thoroughly enjoyed this project and would love to do more like it. 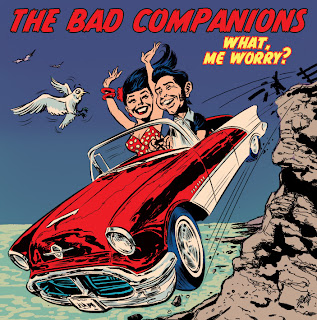 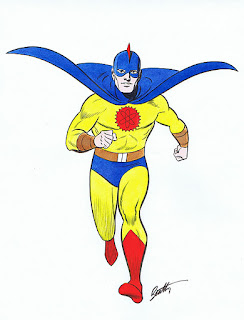 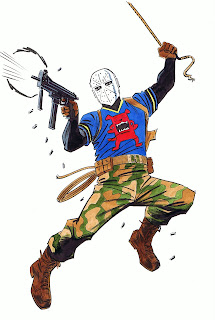 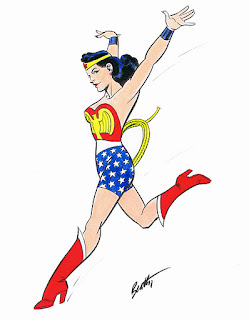