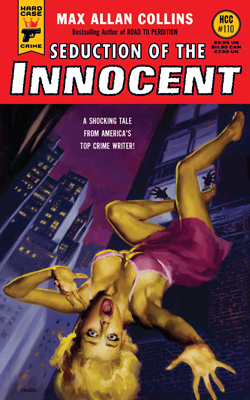 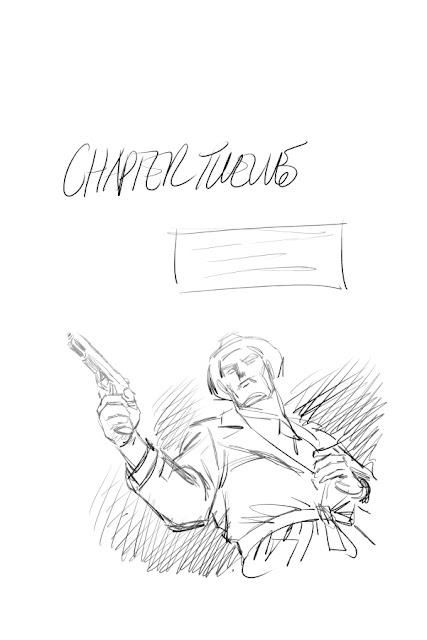 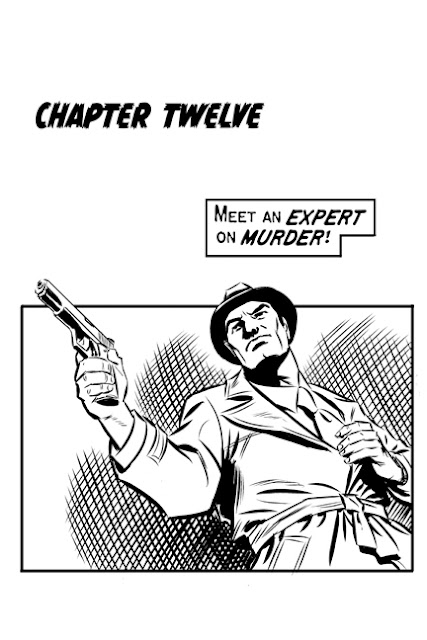 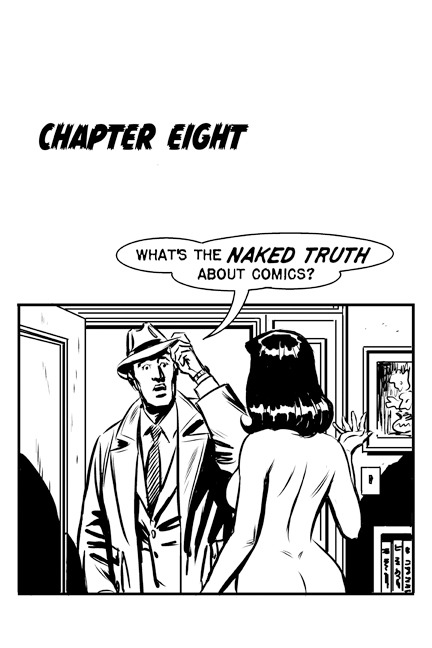 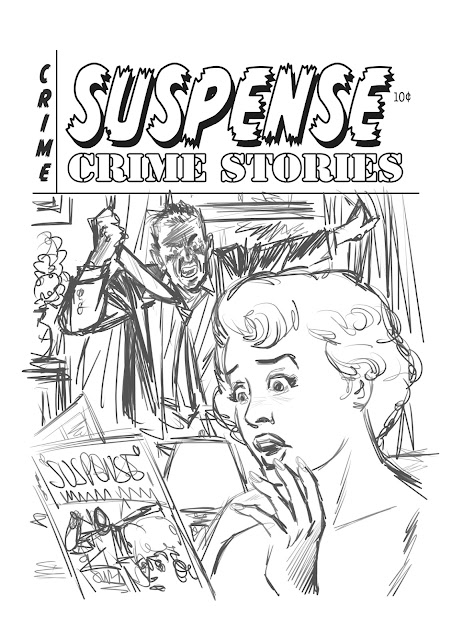 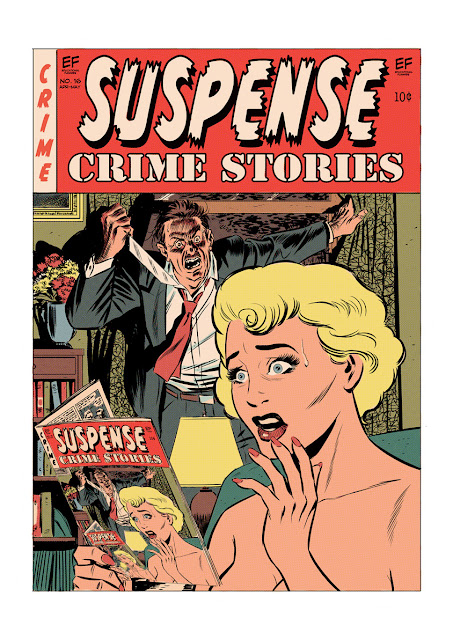 I clearly have too much on my schedule, if I'm running this far behind in posting Phantom strips! 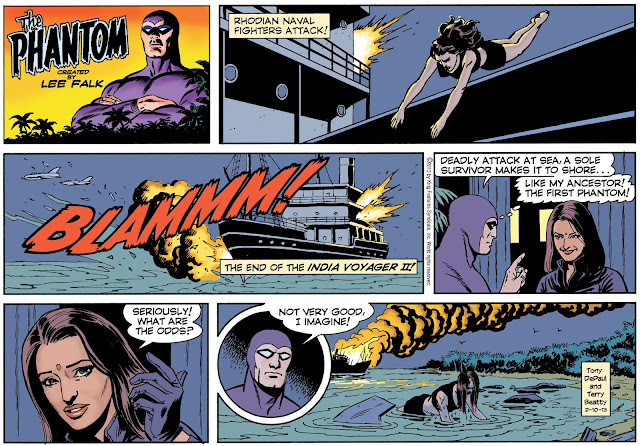 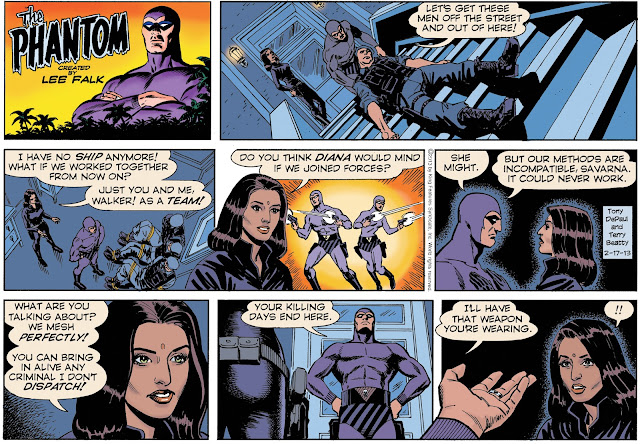 Savarna clues the Phantom in to what happened on the India Voyager II. While this adventure heats up the newspapers, I've just started drawing the new adventure that starts in April. We're doing something that long-time fans of the strip will find very exciting.  Can't wait to share it with you -- but I'll have to! 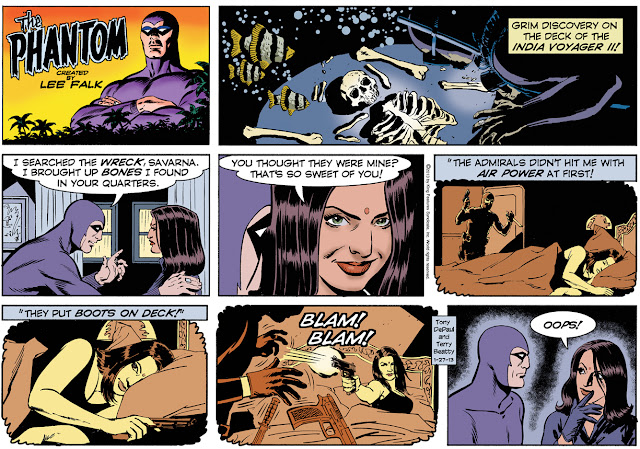 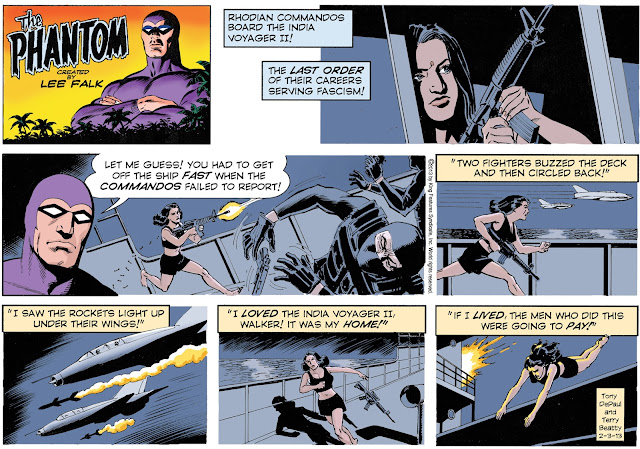