I'm taking a break from ACG's Forbidden Worlds to check out the eleven issue run of Fiction House's Ghost Comics. Downloads of this title, as well as many other public domain comics can be found at the Digital Comics Museum website.
It's no surprise to me that, like most Fiction House titles, the insides rarely live up to the promise of the covers. Now there are some good contents here -- there are a few Jack Kamen entries and one by George Evans -- but most of the interior art is just passable. Jack Abel, Bill Discount (yes, his name is Bill Discount!) and Johnny Bell (Belcastro) will sometimes surprise with a stylish splash page design -- but for the most part, the interiors fail to thrill. The best thing to be found inside any of these issues are the two Dr. Drew stories by Jerry Grandenetti in issue #10 and 11 -- and they are reprints from other titles! I've posted the story from #10 (cleaned up a bit) here. When I first saw Grandenetti's Dr. Drew comics some years back, I was quite surprised by them. I was used to the odd personal style he developed in the 1960's -- and had no idea he'd spent part of his career doing this rather astounding Will Eisner imitation.
But never mind the contents -- look at these covers! Maurice Whitman grabs your eye and won't let go, with a mix of sex and horror as lurid as the pulp magazine covers that these emulate. These definitely fall into the category of "headlight covers," with their well-endowed frightened females fleeing from phantoms. Had I been around in the early '50s, these covers would have certainly grabbed my attention -- and I can say with some certainty that Fiction House would have gotten my dime over any funny animal comic or super hero adventure title. So what if the insides didn't live up to the covers? The covers are worth the price of admission alone! Enjoy. 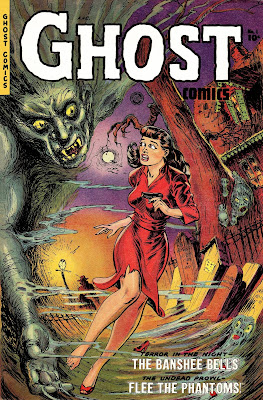 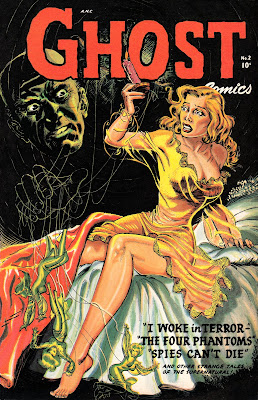 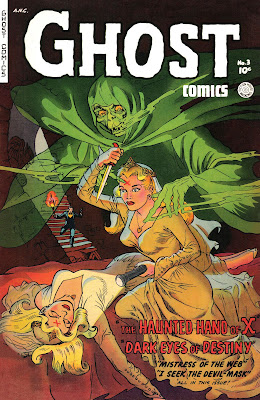 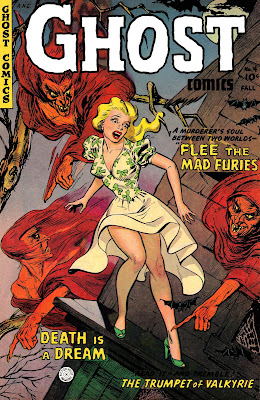 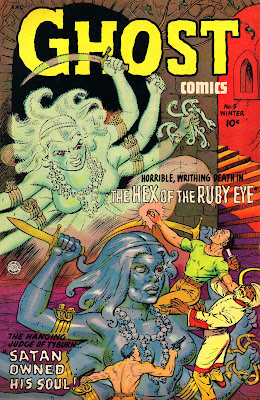 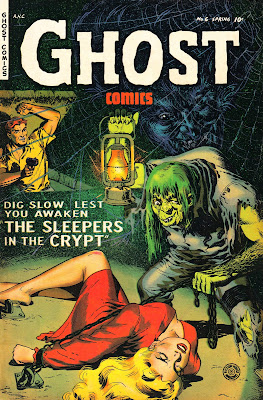 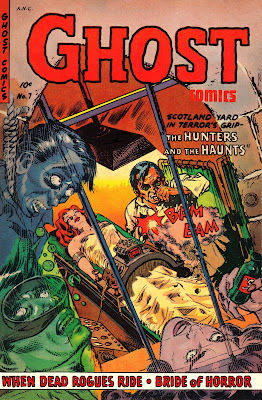 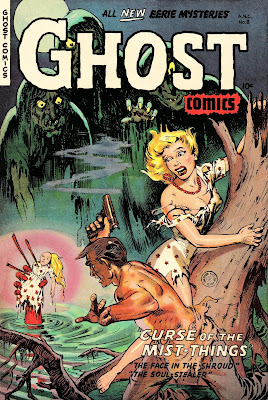 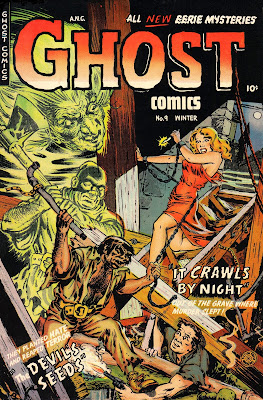 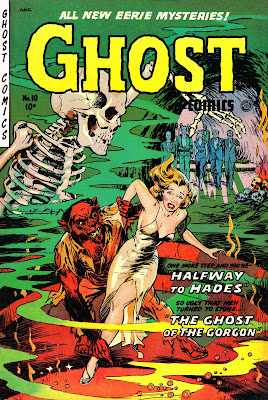 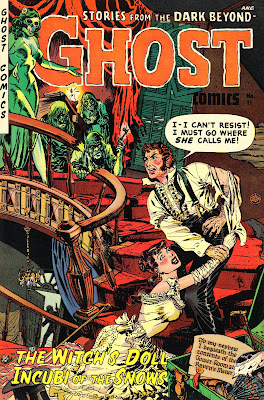 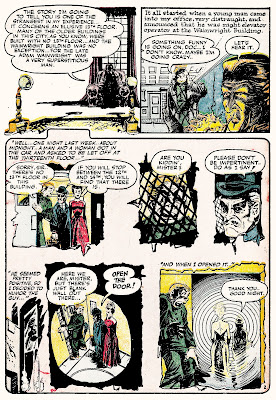 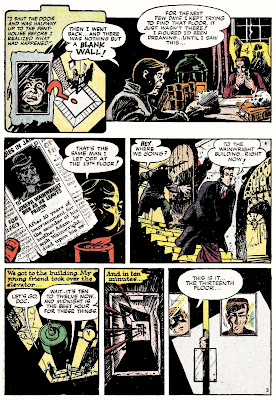 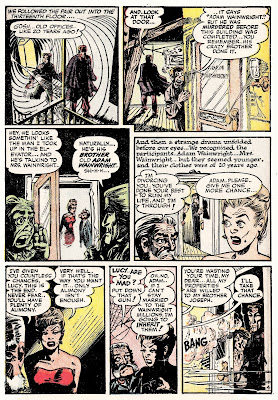 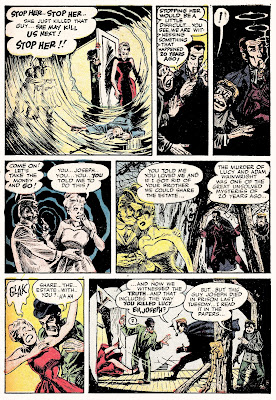 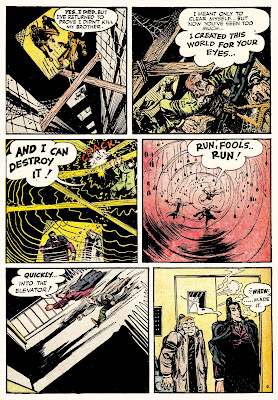 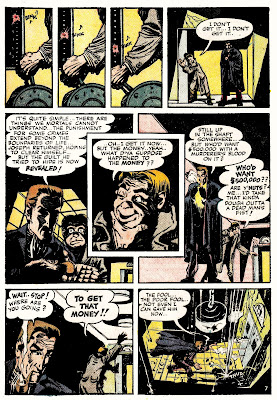 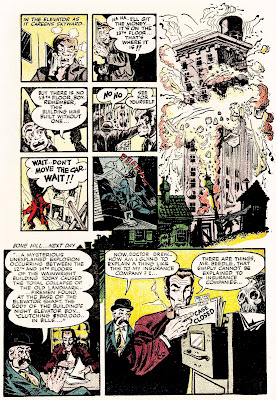 Great to see this, Terry. I did a paper on Dr. Drew and the Wraith as Spirit pastiches a couple years ago, and used this very story.
http://www.willeisner.com/will_eisner_week_website/2009/02/other-trenchant-coats-dr-drew.html

To add to my comment, Grandenetti worked for Eisner-Iger for a while, which inspired Dr Drew.
Had a nice chat with him while writing this paper.

I used to hate the name Jerry Grandenetti. I can't believe how good he could be. I'd like to see the old Warren comics work that I hated so bad. Maybe I wasn't sophisticated enough to dig what he was doing.

Terry, I just found your blog, am now following it and can't wait to explore past posts.

Thanks for sharing the images!
~HEH

Hello Terry,
These covers are just delicious. I came across one of them while browsing through golden age covers and wanted to know more - your blog sure took care of that.
What a treat - thank you so much!
I also only knew Grandenetti from his Eerie/Creepy work when I was a kid, which I couldn't appreciate at the time - it sure looks different to me now though.
Rick B.