I recently finished inking a large portion of the pages for an upcoming book project called The Adventures of Unemployed Man. The book is written by Gan Golan and Erich Origen -- and has sections pencilled by Rick Veitch, Mike Netzer -- and a long-time favorite of mine, Ramona Fradon.
Ramona began her comic career in 1950 (eight years before I was born). Early work includes Shining Knight and Aquaman. But it was with DC's Metamorpho in the 1960s that I was introduced to her work. I loved this series as a kid -- and still do as an adult. There's a quality to Ramona's drawing that just clicked with me. It reminded me a bit of the Golden Age Batman art I was seeing reprinted in DC's "80 Page Giants." At the time, I didn't know the name of the penciller of those stories (Dick Sprang) -- or the inker (Charles Paris) -- or that Ramona's Metamorpho pencils were being inked by the same hand! Somehow, though, my little kid brain caught the visual connection between the work.
As the years rolled on, I followed Ramona's work -- Super Friends, Plastic Man -- and a long run on the Brenda Starr comic strip. When she retired from drawing Brenda she still kept producing commissioned pieces for fans -- but actual comic book work by her became a rare treat -- a short story or cover once in a while.
Once when attending the San Diego Con, Ramona got news that a week's worth of Brenda strips had gone missing and would need to be redrawn. She enlisted the aid of several artists at the show to ink the quickly redrawn panels. I was jealous of those artists for a long time -- and then Unemployed Man came along.
I was contacted by Gan and Erich, who were looking for someone who could do comicbook inking in a "Silver Age" style. That's certainly something I can do -- but with 180 pages of Return to Perdition to draw, should I be taking on other work? When they told me who I'd be inking, there was no question I'd say yes to signing on to the project.
At 83 (yes, 83!), Ramona still draws as well (or better!) than ever -- and though there are some editorial/art direction changes that were made along the way, that's no reflection on Ramona's exceptional cartooning talents. As an inker, I've mostly worked with my contemporaries -- rarely getting to ink any artists whose work inspired me when I was younger -- so getting to ink Ramona's pencils (something I thought would never happen) was one heck of a thrill. I didn't need to be jealous of those San Diego Con artists anymore -- at long last, I go to ink one of my favorite cartoonists, Ramona Fradon.
And on top of that, she told me she liked my inks more than her own pencils. Even if she was just being nice, I'm going to run with that for a while.
Metamorpho covers 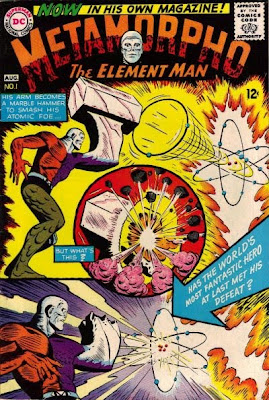 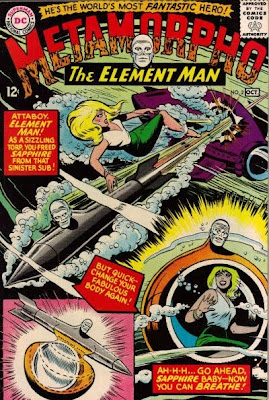 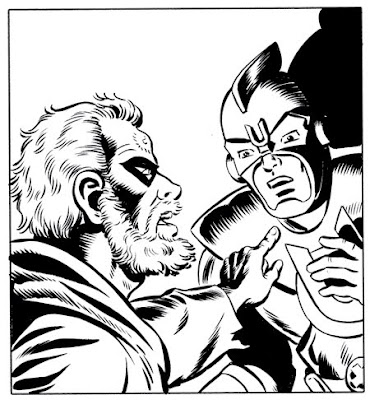 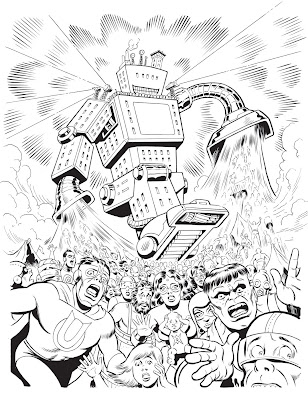 As we get closer to the October publication date for Unemployed Man, I hope to share more art previews here -- including, perhaps, some of Lee Loughridge's color work for the book. Stay tuned for more...!
Posted by Terry Beatty at 7/12/2010 08:24:00 AM

Ramona Fradon was a favorite artist of mine even though I didnt know who she was then. I fell in love with what she did on Metamorpho in the reprints they did of it when I was a kid.