Unknown cartoonist? The Corpse That Lived!

In zipping through old issues of Forbidden Worlds, I'm seeing a real mix of artists -- some great, some good, some downright bad. Some are lacking in technical skill, but have a certain rough charm nonetheless. Since most of the work is unsigned, I've been relying on the Grand Comics Database to identify many of the artists. I was particularly taken by the drawing in The Corpse That Lived -- and quite disappointed when I found the GCD listed the artist of this tale as "?"
I don't know how someone who drew this well and with such a strong (and sometimes weird!) style could go unidentified. Surely some comics historian out there knows who drew this. I've been looking at the drawing style and racking my brain, trying to figure it out. Some of the odd, ropey, linework in the drapery reminds me of Golden Age Wonder Woman artist H.G. Peter -- but I've never seen any example of his work that looks quite like this. I'm also reminded of newspaper strip cartoonist Pete Hoffman, who drew Jeff Cobb. Could this be his work? If anyone knows, please let me know -- as whoever drew this, I want to see more! 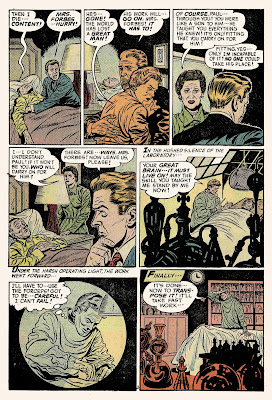 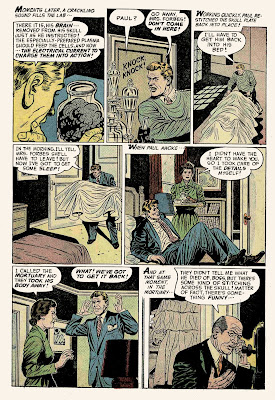 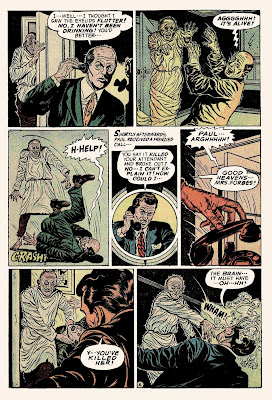 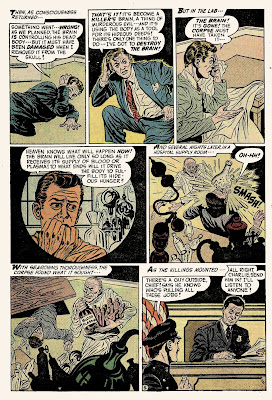 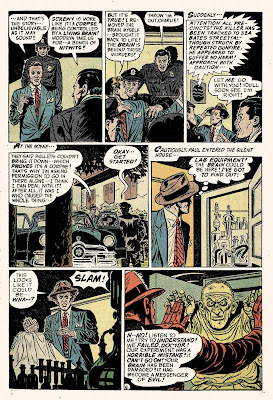 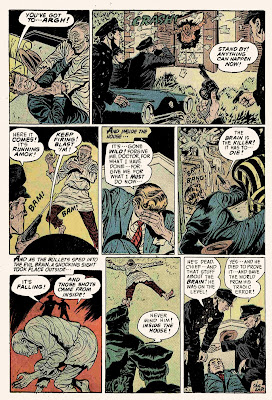 Wow! A truly odd style...o should I say mix of styles. I took a long hard look as you suggested and I easily see your Pete Hoffman and HG Peter but I also see Mike Sekowsky, George Tuska, Bernie Krigstein...and the guy waking up in bed and the cops at the end look for all the world to me like the work of Reed Crandall! And the thing is that "ropy linework" makes me think it isn't any of them! A fun but frustrating mystery to be sure!

Bob Lubbers has been suggested by more than one person....

I can see it in the faces. Lubbers faces and Hoffman's faces look kind of alike now that you mention it. That said, I don't recall ever seeing that kinda squiggly linework from him even though he drew in several styles. Also, when was this story printed? If it was the mid-fifties as it looks like, Lubbers was drawing the Tarzan strip I believe.

I would guess Myron Fass, but I don't think he ever worked for ACG. Hmmm.

After studying more of Pete Hoffman's work -- I'm about 99% convinced this is by him....