Comics in the movies: Crime in the Streets

Just had another comic book sighting in a feature film -- this time its Don Siegel's Crime in the Streets from 1956. In the first picture we have what looks like an issue of Red Ryder, a Modern Romances magazine, a Dell Roy Rogers comic and an issue of Straight Arrow. 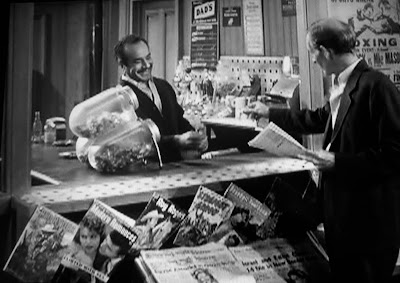 Later in the film, this shot of James Whitmore at the newsstand gives us another look at the Straight Arrow comic, a sports magazine and another comic book that I can't identify. If anyone can make a positive ID on that one, please post a comment here. 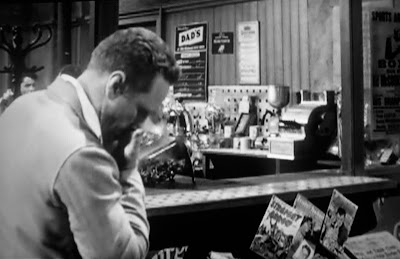 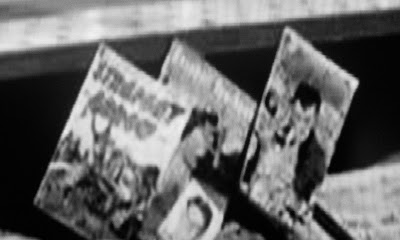 Very interesting, try to check the opening of Robot Monster... you will find
obsucre comic books covers from fifties.

Lovelorn, I believe, was the comic on the right ? There was also a couple of scenes in side the shop with comics shown - will have to rewatch