As a kid, reading as many comics as I could get my hands on, I never warmed to ACG's Forbidden Worlds. By the mid-60's the slick artwork by Ogden Whitney, Pete Costanza and Kurt Schaffenberger that was found in its pages seemed a little too squeaky clean for me. I'd gotten used to the more dynamic approach of Kirby and Ditko -- and the rough-edged work of Joe Kubert and others. Today, of course, I appreciate their slick, professional work and solid craftsmanship. But the early issues of Forbidden Worlds, published before I was born, are a whole 'nother story.
As noted in recent posts, the internet seems to be buzzing with scans of vintage comics, and recently I've been working my way through a long run of Forbidden Worlds. I was surprised to see that the early issues contain a very mixed bag of artwork -- some of it, frankly, pretty darned bad. But the less than stellar artwork is more than offset by some surprisingly strong entries. The first issue, from 1951 (Ken Bald's cover shown below), contains a collaboration between artist friends Al Williamson and Frank Frazetta. Though signed only by Williamson, Frazetta's hand is clearly evident here.
As with the Joe Maneely posts of the last few days, I've cleaned up these scans. The original comic had tanned badly and the four color printing was terribly off register. I couldn't fix everything -- but did do considerable work so that the drawings of these two remarkable artists could be seen to better advantage. We lost both of these comics legends recently -- but there's no question that fans of comics and illustration art will continue to admire their work for years to come. Though its an example from fairly early in their careers, Demon of Destruction is, nevertheless, full of the romantic/heroic imagery and remarkable linework that made both artists favorites of comics fans all over the world.
While Williamson and Frazetta are well known names in the comics world, Forbidden Worlds did feature some surprisingly strong work by artists largely unknown to most comics fans. I'll have more to say about that soon. 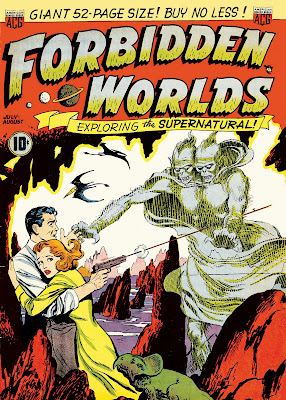 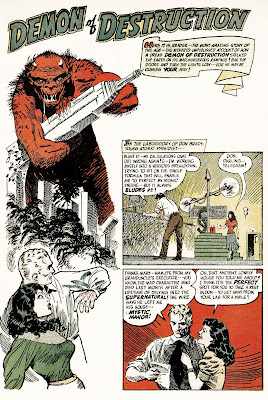 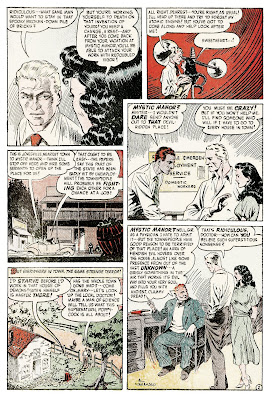 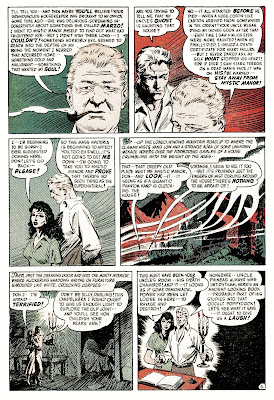 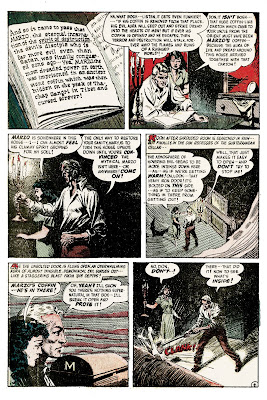 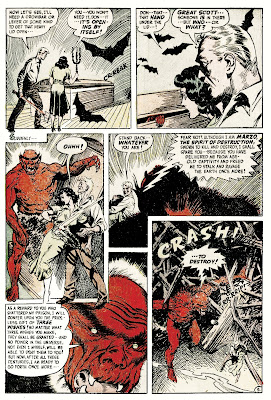 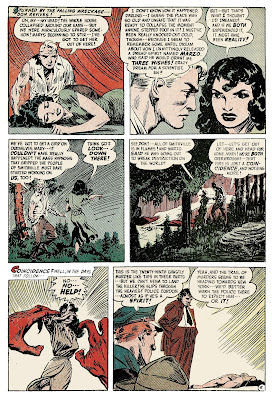 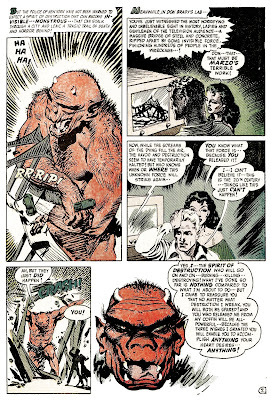 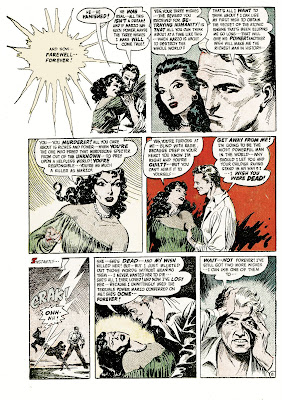 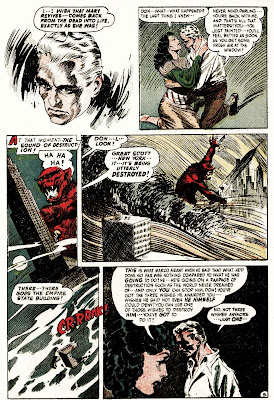 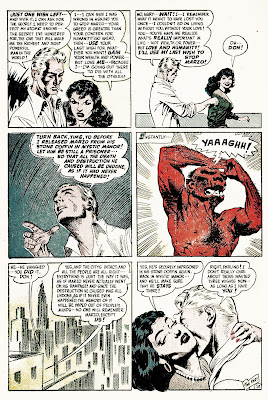