I'd forgotten I'd snapped a few screen shots of recent work in progress -- so, just stumbling upon them now, thought I'd share. I work on three Rex dailies at a time -- though only two will fill the screen at once -- so here's a pic of the first two dailies in early stages -- and the first two from this week, as well. You'll note that, in today's strip, I swapped out the medium shot of June in panel one for a closer view -- and re-inked portions of the close up in panel two before I was done. (See today's previous blog post for the final version of today's comic.) 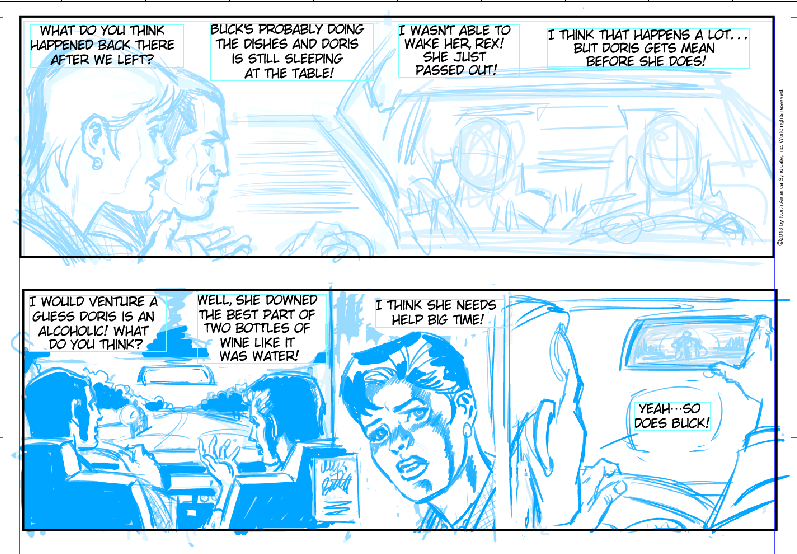 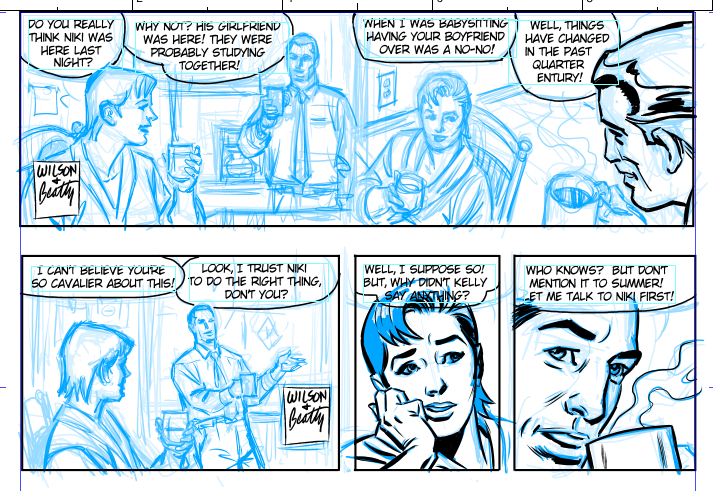 And so you Phantom fans don't feel left out -- here's a recent Sunday page at an early stage of production. A reminder that all you're seeing here is digital -- done using Manga Studio on my MacBook Pro -- using a Wacom tablet and stylus. 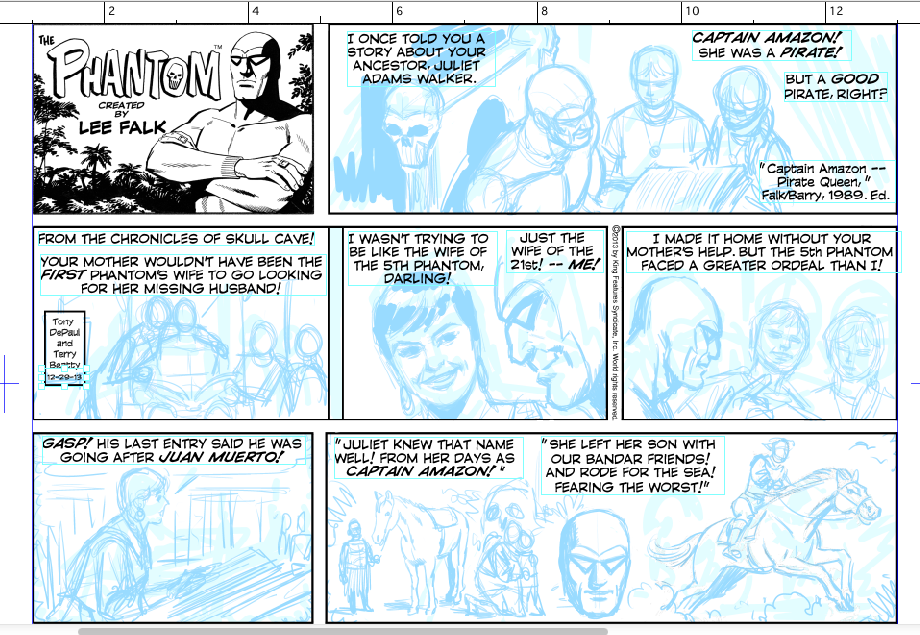 The Aussies will love your Phantom strip Terry. Just remember to draw the bigger size of his triceps at rest and in action.