Comics and cartoon characters have made plenty of appearances on record -- here are a few from my collection.  This Batman/Superman 45 was released at the height of  1960s "Batmania." 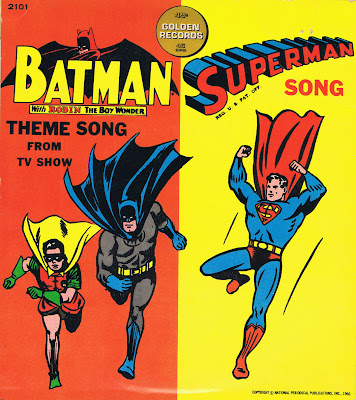 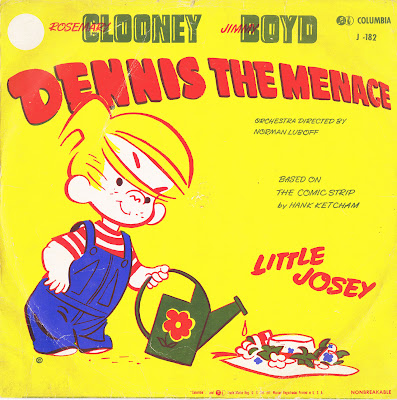 Crockett Johnson of the Barnaby comic strip illustrated this sleeve for The Carrot Seed. 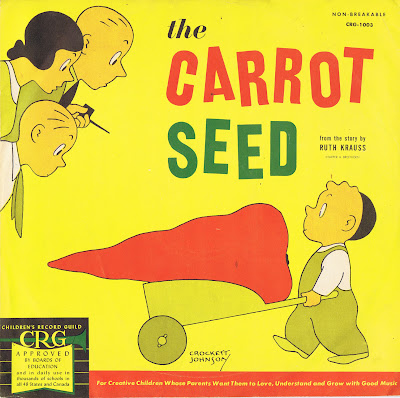 This two disc 78 RPM set of Dick Tracy records comes in a fold-out sleeve, with three pages (one shown) of comic strip panels in B&W and without lettering in the balloons.  As you can see on the front cover, children were encouraged to write in the balloons and color the art.  Hurray for the kid who owned this one, who did neither! 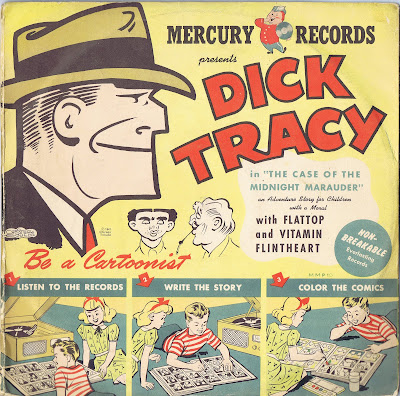 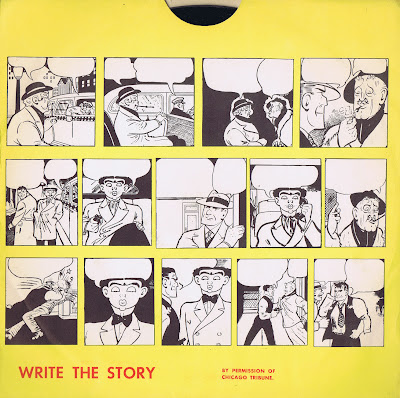 Animated cartoons often had story or soundtrack versions released on 78 RPM discs.  This Disney Pinocchio has a particularly lovely read-along booklet inside.  One page of that is shown below the cover. 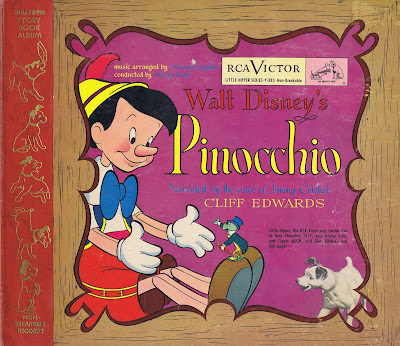 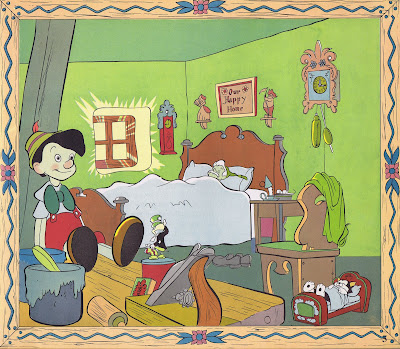 Fleischer Studio's Gulliver's Travels had this great multi-disc 78 soundtrack set issued.  No storybook pages inside -- but B&W images from the film on the inside covers -- plus a small fold-out booklet with info on the creators of the film's music (cover shown).  I suspect few copies of this exist with the booklet intact, as it could be very easily lost. 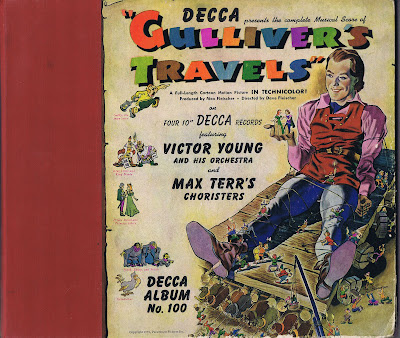 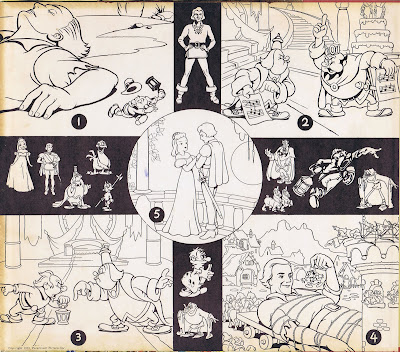 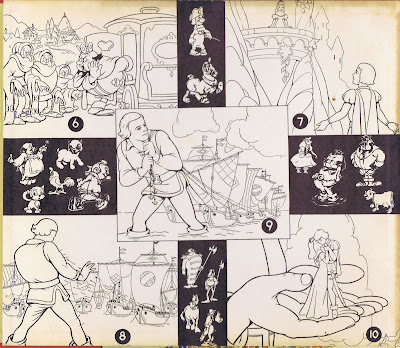 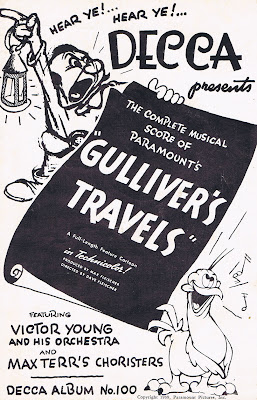 I have very fond childhood memories of listening to these Bugs Bunny records, and reading along with the storybooks included.  These copies are in rather rough shape, so I did a little Photoshop clean up on the covers -- just enough to make them presentable enough to show here. 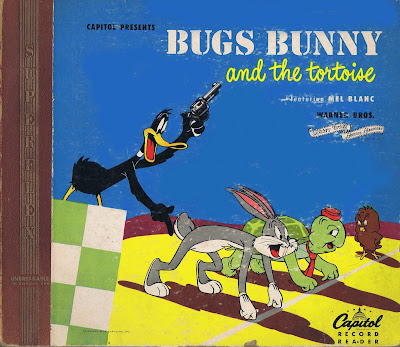 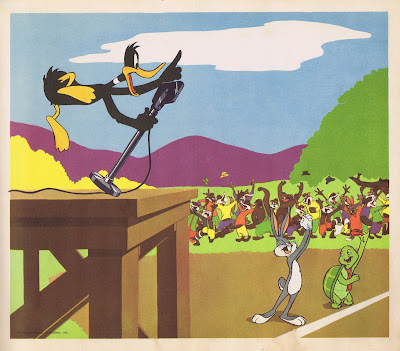 Storybook art on these is by Richard Thomas and Bob McKimson -- wonderful drawings -- a few shown here.  Bugs Bunny in Storyland was my favorite -- largely for the appearance of Daffy Duck as "Duck Twacy," otherwise only seen in the fantastic animated Dick Tracy spoof,  The Great Piggy Bank Robbery. 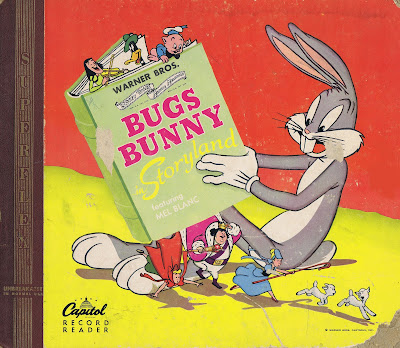 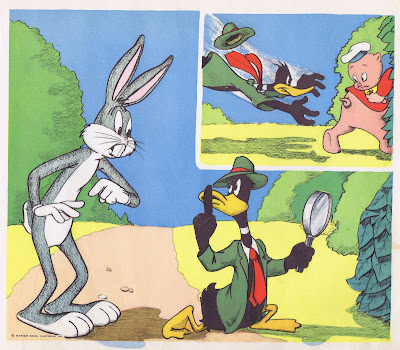 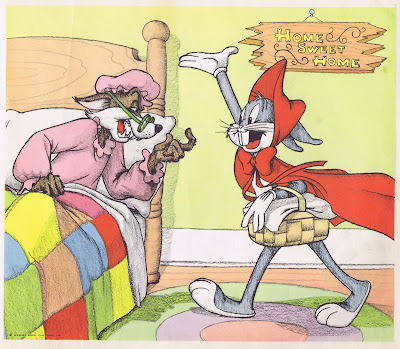 of course-- I love record covers, and if they have cartoons, all the better...

It has recordings and art from a bunch of old, long out-of-print kids records.

The Dick Tracy record is 2006, week 20. A number of Bugs Bunny and other Mel Blanc voiced albums on there as well (he did some of the Woody Woodpecker ones). It's a treasure trove.