More scans from the crumbling 1930's comic sections mentioned in an earlier post.  These are falling apart and past rescuing, except by scanning.  I've used Photoshop to bring the highly tanned newsprint closer to its original white -- but chunks of paper have flaked off where these were folded, so there are some missing bits here, and in some cases (the Barney Google strip especially) the two scans needed to cover the entire page, don't line up too well when combined. I've trimmed the scans close to the comic strip borders -- the actual edges of the paper are very uneven and missing big chunks of paper.  At least these scans can be saved, while the actual paper comics turn to dust.
There's another Skippy Sunday here -- and a page by Jefferson Machamer.  I'm quite familiar with Machamer's panel cartoons -- largely found in "girlie" magazines of the '40s and '50s-- but this comic strip was a surprise.  Enjoy Toots and Casper and Felix, too.  As always, click on the strips for a larger version.  If you like what you see, please leave a comment!
*******
A word about the unfortunate ethnic stereotypes seen in some of these vintage strips:  I won't defend them -- they are what they are -- an undeniable part of the past -- a cultural land mine one too often encounters when dealing with art and entertainment of an earlier time.  Fortunately we (well, most of us, at least) have gotten past that sort of thing and these sort of portrayals are no longer a part of our current cultural landscape.  I'm not condoning them, by posting these vintage comics -- but feel it would be dishonest to deny that this sort racially insensitive caricature wasn't part of  comics history.  If you find them offensive, that's because they are -- but I mean no harm by posting them here, and hope the strips can be seen in their historical context. 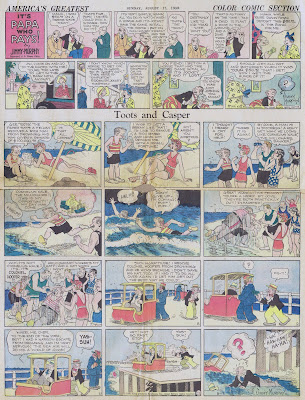 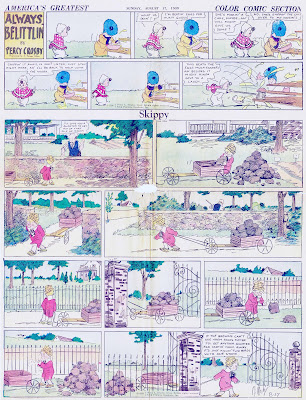 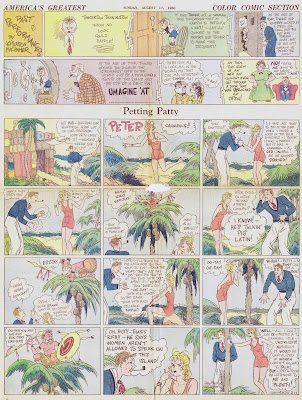 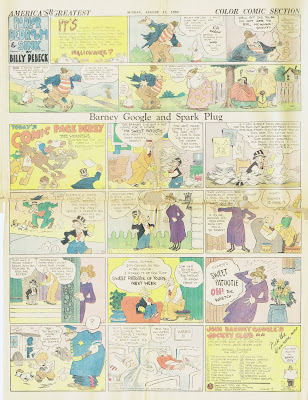 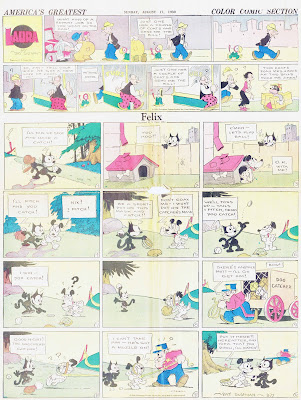 I like these & I have told others of your site. I love the Sundays in color. charlie