Today marks the 93rd anniversary of Jack Kirby's birth. Since his passing in '94, interest in his life and work continues to grow. Hardcover collections of his work are available not just in comic book shops, but bookstores everywhere -- likewise books about Kirby (see Mark Evanier's wonderful volume). The gorgeous tabloid-sized periodical, The Jack Kirby Collector continues its long run. And Kirby's comic book creations are lighting up movie screens all over the world.
Of all the cartoonists whose work I adore, I have to say Kirby had the biggest impact on me. His 1960's collaborations with Stan Lee at Marvel had me reading at a 6th grade level in 1st grade (hey -- you had to learn those big words just to keep up!) -- and inspired me to want to become a cartoonist. As a kid, my bedroom walls were covered with manilla paper pencil and crayon copies of images from Kirby comics.
As a pro cartoonist, with three decades in the business, I still enjoy emulating my comic art hero by occasionally inking a "blueline" copy of his art. And when commissioned to do sketches by fans, it's often a Kirby character requested. In fact -- and I'm totally weirded out by this -- upon doing a Google search for "Jack Kirby" -- the seventh image that showed up was not Jack's art -- but a color sketch by me of his "Fourth World" character, Big Barda! That's just not right.
But it wasn't only an artistic influence that Kirby had on me -- the stories that he wrote or plotted influenced the way I think -- the way I see the world. I know my notions of justice and fair play -- of tolerance -- of standing up for what's right -- were all born in the pages of Fantastic Four, Captain America and Thor. The heroes in Kirby's comics were heroes. Even when faced with impossible odds, they kept fighting -- and that made an impression on me that stuck. From Jack Kirby's work, I learned to look forward, to think beyond the boundaries of my small town upbringing -- and not fear the new, the different or the unknown.
I only met Jack a few times -- at comic book conventions -- and never really got to know the man personally. I was touched by how humble he seemed. This man who had created entire worlds on paper always insisted that those of us coming up in the business would do things he never even thought of. Yeah, right -- Jack thought of everything. And did it all first. And best.
But he poured so much of himself into his art and his stories that it seems like I did know him. Except for my parents, no one else had a bigger influence on me in my formative years. When he passed, it hit me hard. When my son was born last year there was no question in my mind what he should be named: Kirby.
So happy birthday, Jack -- I hope somehow you know what an impact you had on all of us kids who tagged along on your four color adventures in Asgard, the Negative Zone and New Genesis.
Here are some Kirby images, snagged of the web and from my files. I don't recall where half of these came from, and I hope I'm not stepping on anyone's toes by re-posting their scans. Enjoy them -- as Jack would say, they're all "Grabbers!" 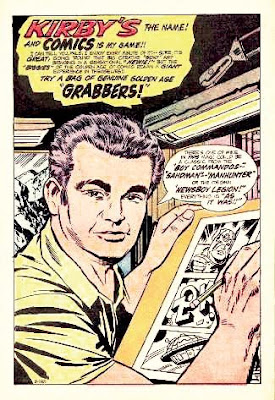 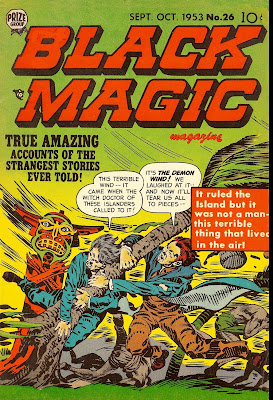 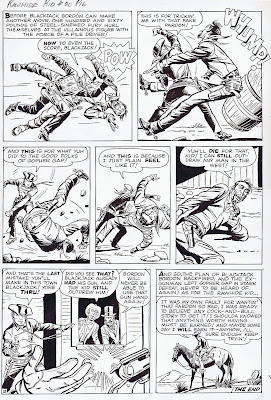 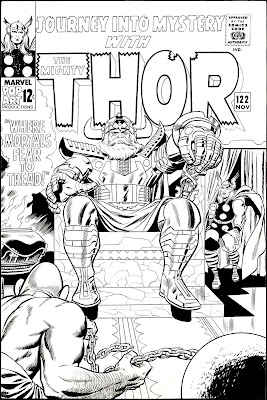 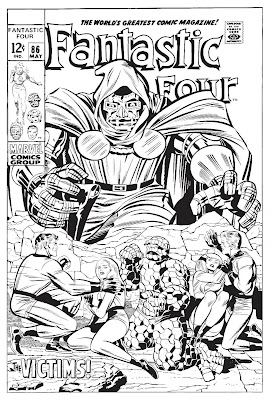 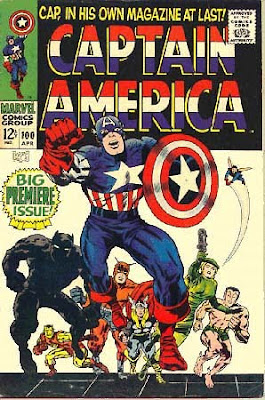 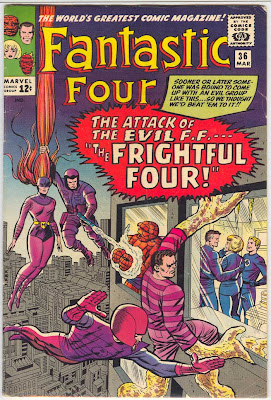 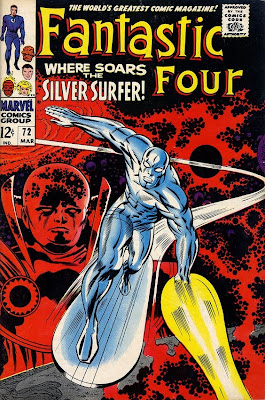 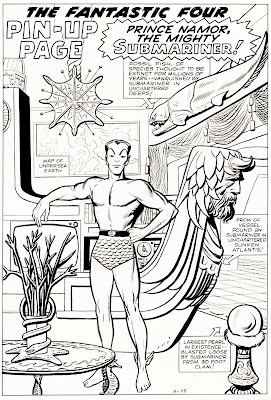 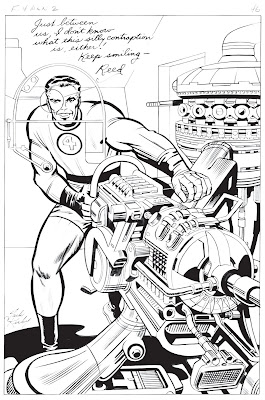 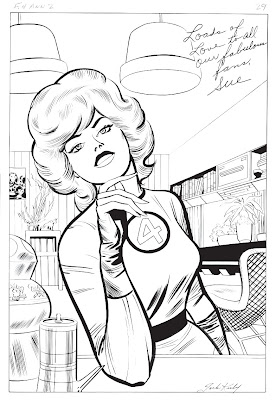 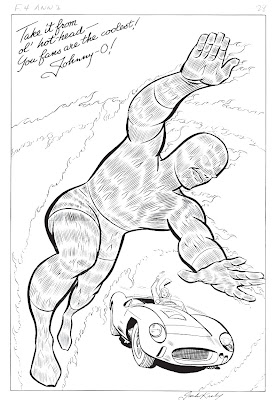 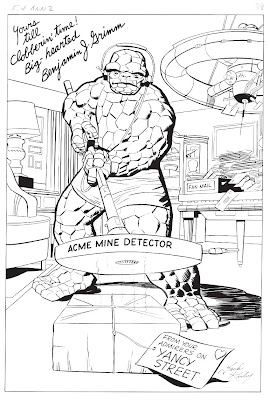 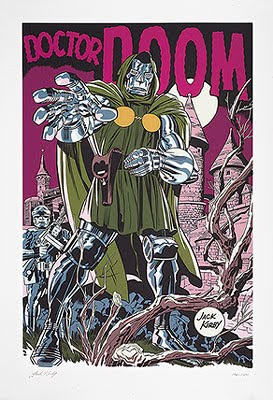 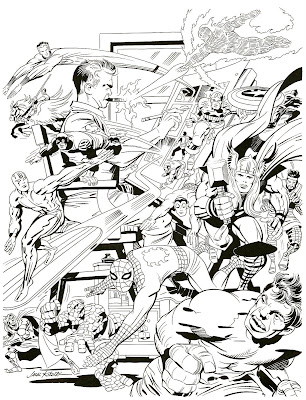 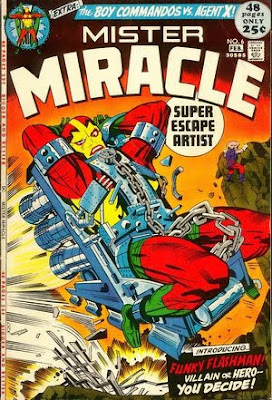 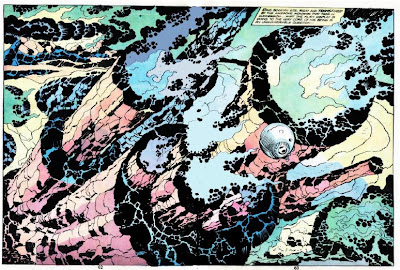 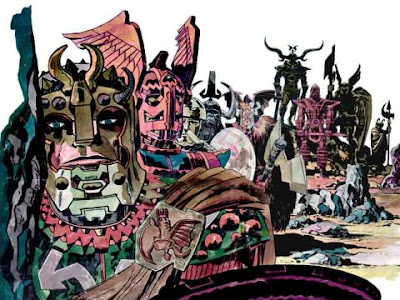 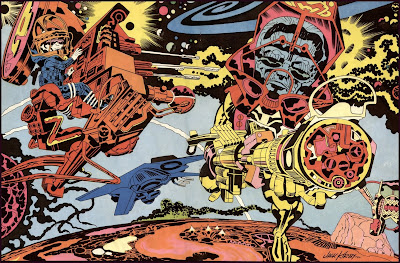 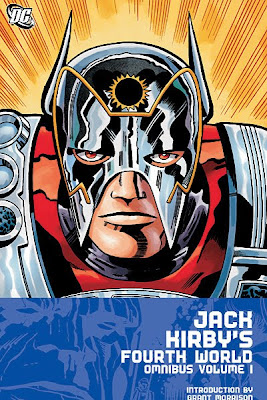 Nice tribute, Terry. I love that one of him at his art table and all the heroes.

Thank you. I didn't know it was coming up on Kirby's birthday but found myself doing asketch of Kirby's work yesterday. You may have posted the link to the site I was sketching from.
http://2.bp.blogspot.com/_OA6GkT3HGuY/THi7P4kNTpI/AAAAAAAAAoM/tm61wPEfqkc/s1600/kirby-doodle.jpg

I look forward to what I imagine will be an annual tribute post from you on this day now that you're blogging.

Great words about a great man's work, Terry. Thanks!

I have whole-heartedly agree with you, Terry....growing up in South Central Los Angeles, I had the same impression and I'm eternally grateful to the heroic world of fantasy and imagination they inspired in me. When I produced and directed THE X-MEN TV Series, FANTASTIC FOUR, and SPIDERMAN AND HIS AMAZING FRIENDS shows, I always mentally kept Jack there with me, to inspire me and to make sure I did my best with his creations.