Bela's got a brand new head

Here's a personal project I'd been wanting to do for some time. below you see a promo pic of a remarkably well sculpted Bela Lugosi head on a "nodder" or "bobblehead" produced by Neca. That's a Ray Santoleri sculpt -- and it's just fantastic. But it's always bothered me that this wonderful realistic portrait of Bela was attached to this cartoony nodder figure. I had it in my head that Ray's Bela would look great as a bust -- and that the nodder could use a more appropriately cartoony head.
This is in no way a criticism of Ray's work -- it's amazing -- but I couldn't resist the notion of turning this cool piece into two cool pieces!
The only problem was, that the nodder was out of production and hard to find at an affordable price. I mentioned that I was looking for one on the Universal Monster Army website -- and much to my surprise, my UMA pal, Packy, gave me his as a gift! The nodder has been sitting on a shelf "as is" for some time -- and this weekend I decided it was finally time to get started -- so, off came his head!
Now I should have taken a "before" picture -- as the head on my nodder was not quite as well painted as in the prototype pic here (snagged off the web somewhere). 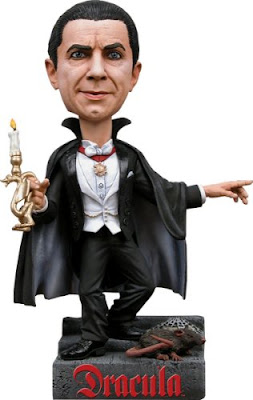 And here's Ray's Bela head, removed from the nodder and hit with a coat of primer, so it can eventually be repainted. 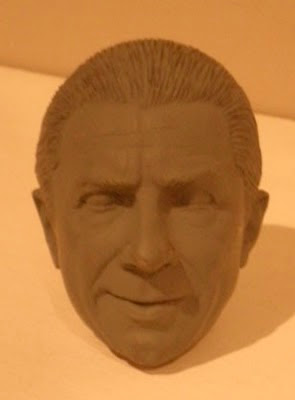 This is my cartoony replacement -- sculpted in polymer clay (Super Sculpey) -- sorry that the pic is a little blurry. 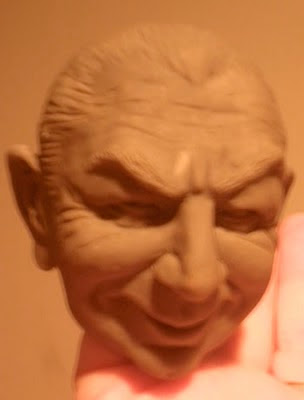 And here it is, placed on the nodder. You'll note that it's considerably bigger than the original. I felt that was more in keeping with the tradition of the sort of "big head" caricature style I was going for here. I'm quite pleased with the end results, and hope you'll think it's nifty, too. Making the original head into a bust will have to wait, as I have other work on my plate, and I've taken up too much time for now with this personal project. But one of these days there will be a "Part Two" post for this project!
And before we get on with the pics of the end results, a reminder that I am available for commercial sculpting work and private commissions -- I can be reached via the contact links at my website. 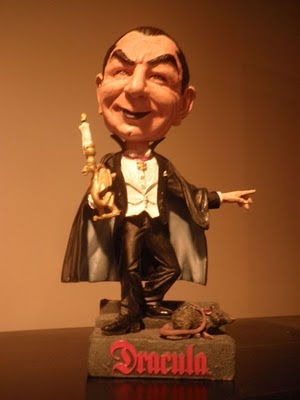 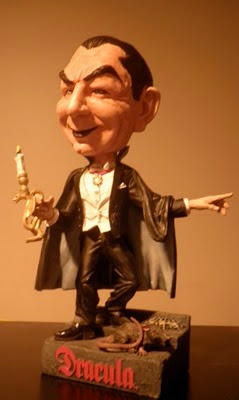 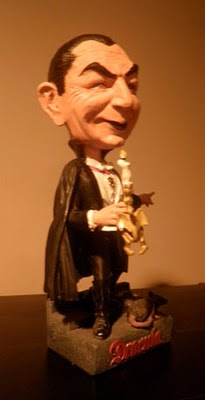 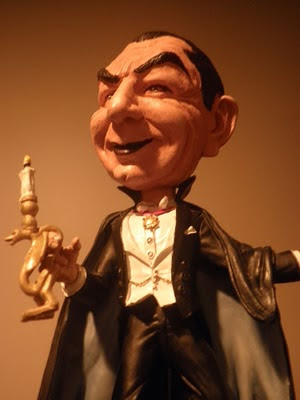 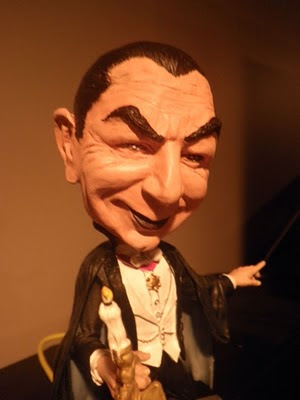 LOVE your BELA sculpt! It's perfect!