Bob Powell's PIT OF THE DAMNED.

Thanks to the various websites where one can read or download vintage comics, I've come to have a great appreciation for the work of Bob Powell. As a comics addicted kid of the 1960s, I only knew Powell as the guy whose name also appeared on some of those Wally Wood issues of Daredevil (where I could see no sign of any artist's style but Wood) and who drew a few Giant Man stories -- which weren't the most spectacular comics ever. How could I have known about all those great horror comics he drew years before?
Well, thanks to the Grand Comics Database, you can look up all the comics he drew -- and find many of the public domain ones available for download at the Digital Comics Museum. I was thinking about posting some of Powell's fantastic work from Man in Black #1 -- but you can see the whole thing at Pappy's Golden Age Comic Blogzine. Pappy has a lot of Powell on display there, including some shot from the original art! Do yourself a huge favor and check out those posts. But wait until you're done reading this one, as you can get caught up in Pappy's blog for days!
You can also find much classic Bob Powell at The Horrors of It All blog -- be sure to read Colorama while you're there. While you're at it, check out this Emil Gershwin tale, too!
But enough plugs for all those other websites! Your special Scary Terry's World treat for today is Bob Powell's Pit of the Damned -- a tale which shows off the man's remarkable talent for drawing creepy creatures and tormented souls. The story has a carnival background -- and I have to say, having immersed myself in vintage horror and humor comics of late -- I'm amazed at how many stories feature the carnival or the circus. In this story, however, it's the whirlwind tour of the underworld that will stick with you more than the little bits the carnival that we see. I can't imagine any kids of the '50s reading this and not having nightmares for weeks after! Have a look and see why I consider Powell one of the great horror comic artists of all time. 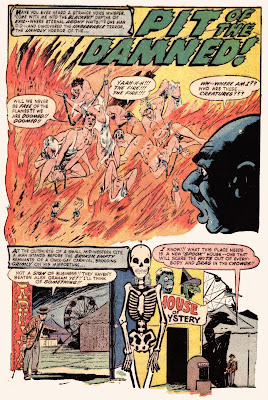 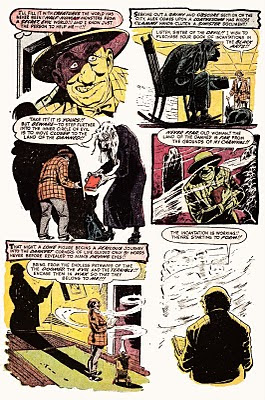 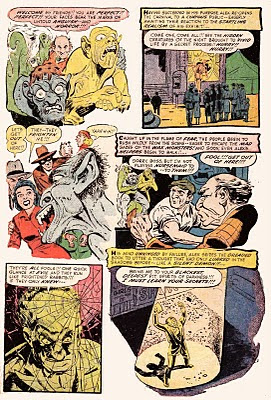 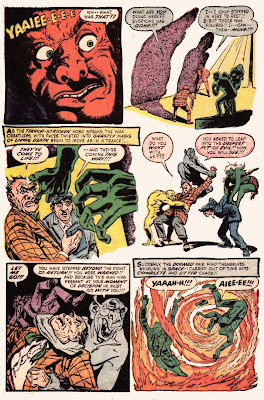 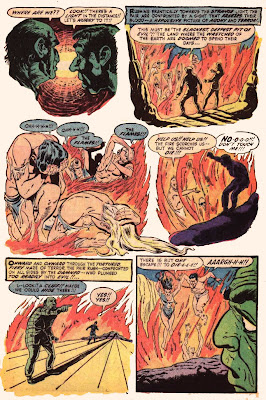 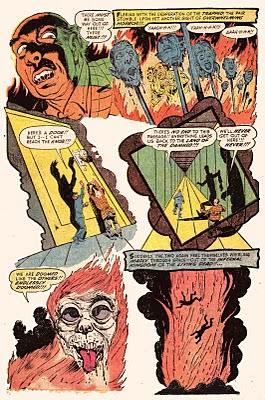 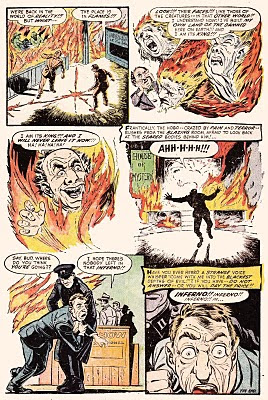 Email ThisBlogThis!Share to TwitterShare to FacebookShare to Pinterest
Labels: Bob Powell, Pit of the Damned

Not only terror... thriller, war and sci-fi stories by Powell are great too!