Now that Big Funny has made its debut, I'll get back to posting more of my work, as well as various graphics and assorted "cool stuff" that I find worth sharing.  Today I'm bringing you a few examples of my inks over lightboxed Jack Kirby pencils from Jack's  "Heroes and Villains" sketchbook.
These were initially done as an inking exercise -- but I ended up using them in a birthday greeting to Jack published in a San Diego ComicCon convention book.  Later, just for the heck of it, I colored them.  The originals were sold at auction in a 9-11 benefit at another convention.
I recently discovered these scans which I hadn't recalled making.  I'm glad I found them -- a nice surprise for me -- and I hope you enjoy them, too.  The experience of inking Kirby's pencils is such a pleasure for me -- I wish I'd been able to have really worked on something with him. 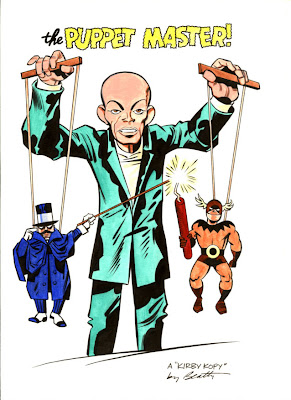 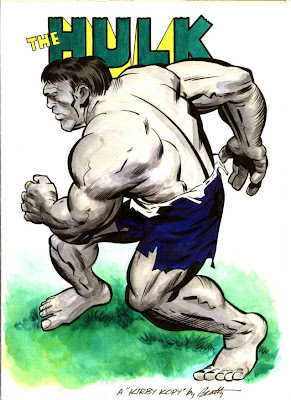 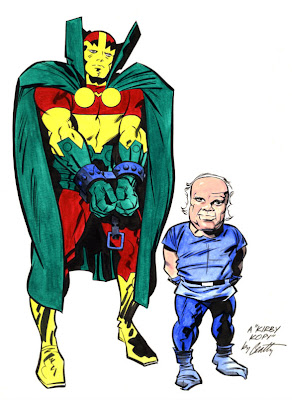 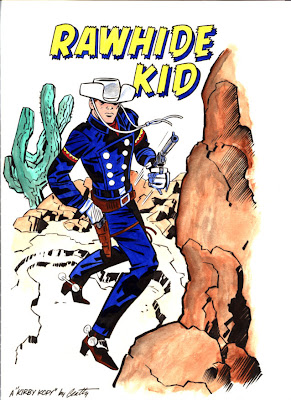 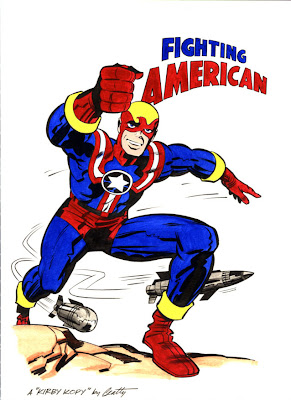 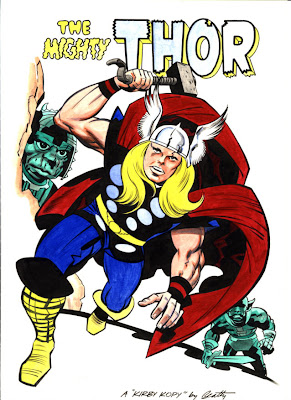 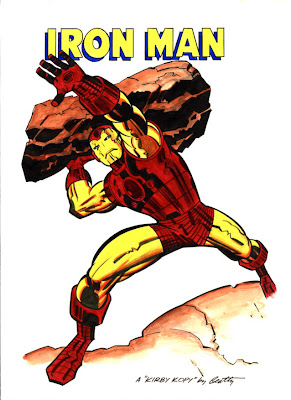 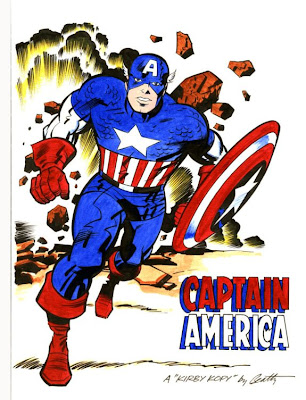 When I was still in Minneapolis, attending MCAD, the Big Time Attic guys hosted a monthly International Cartoonists' Conspiracy meeting (or whatever it was called) - just a big ol' comics jam for whoever decided to show up. I assume they're still doing it.

The most memorable one I can think of that I attended (and I think I made it to, like, two meetings) was the one in which Zander Cannon had made big photocopies of penciled Jack Kirby "Thor" pages. He said that anyone can ink Jack Kirby, and so he brought in these pages to prove it. If I can toot my own horn, I think I did a pretty good job of it; but I must admit there is some truth to Zander's claim. The King's style is pretty easy to ink.

Not to cast aspersions on your superior skills, obviously - your work on Kirby is far better than mine!