The comics in the attic plot continues. It seems, from comments I've received, that my Hank Jr./Sr. fakeout regarding the signatures in the comics worked. I was worried most readers would see through it -- but I guess I pulled off the surprise.

I was glad to be able to return Buck to our story, as I felt we'd dropped him just as he was becoming interesting. And he needed to repay Rex that loan, darn it! (Which he does on 5-30-16 below). There was nothing in previous strips establishing him as a comic book fan -- but nothing that would keep me from adding that element to his background.

Some readers seemed concerned that Rex and/or Buck were planning to keep the comic books for themselves -- but that was never my intent -- and the truth is revealed in the 6-2-16 daily. The books go back to the Harwoods -- and that was always Rex's plan.

Doing a comic book themed story right off the bat is certainly a little self indulgent -- but the story fits in with several other plot elements that I need to wrap up, and you'll all see how as it unfolds. We will be seeing a good deal of the Harwoods -- and Buck, as this plays out -- but I promise it won't be the only ongoing plotline here. I have Dolly, Rene, Heather, Milton and Jordan to deal with, as well as Sarah's gala and her book -- and the Morgan's eventual move to a new home, all on my plate. This, plus wanting to get back to seeing Rex practicing medicine more regularly. It's a lot to juggle, and I hope you'll stick with me while I work it all out. I do know where I'm going with all this -- but to tell you would spoil the story, wouldn't it? 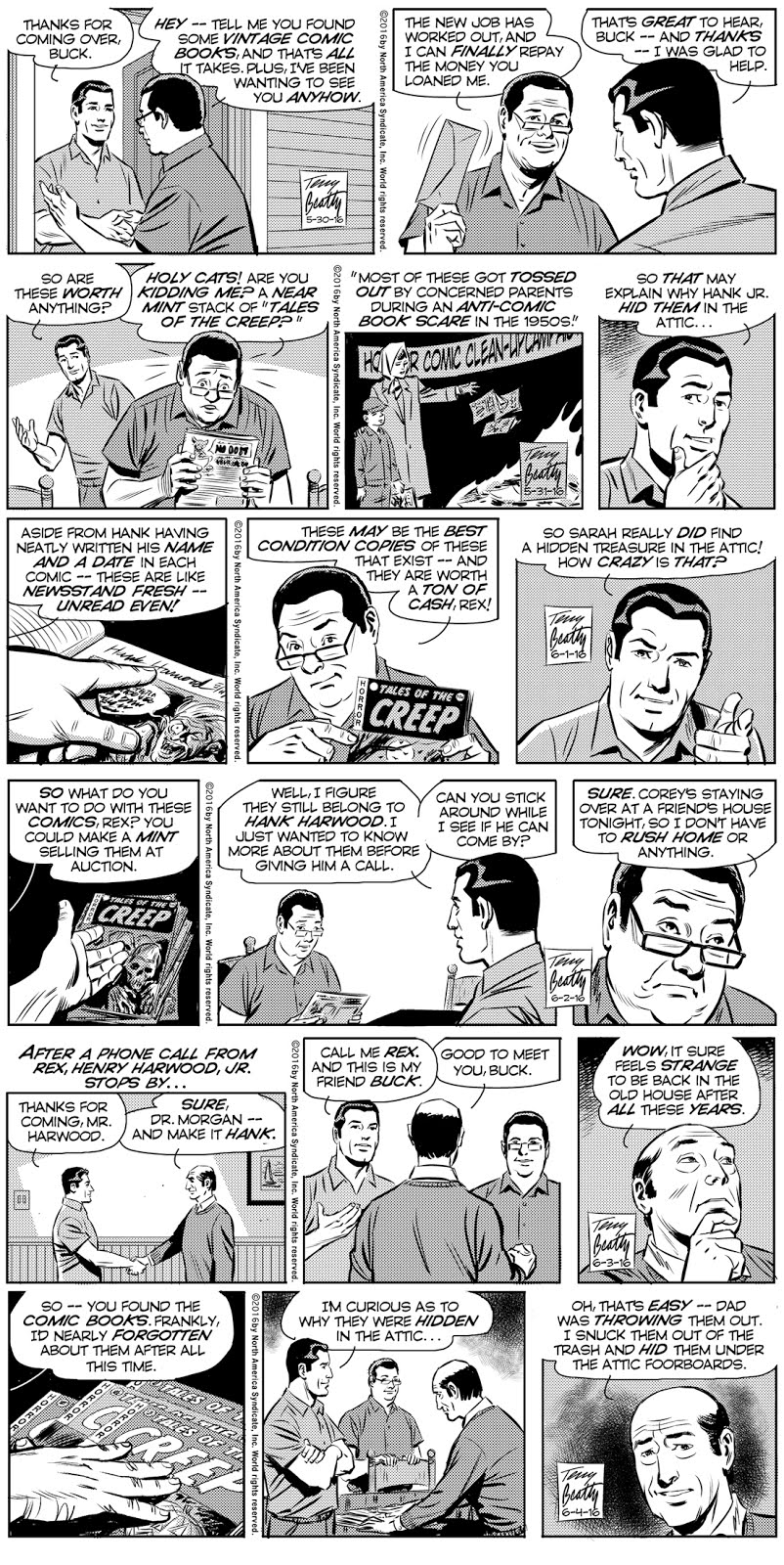 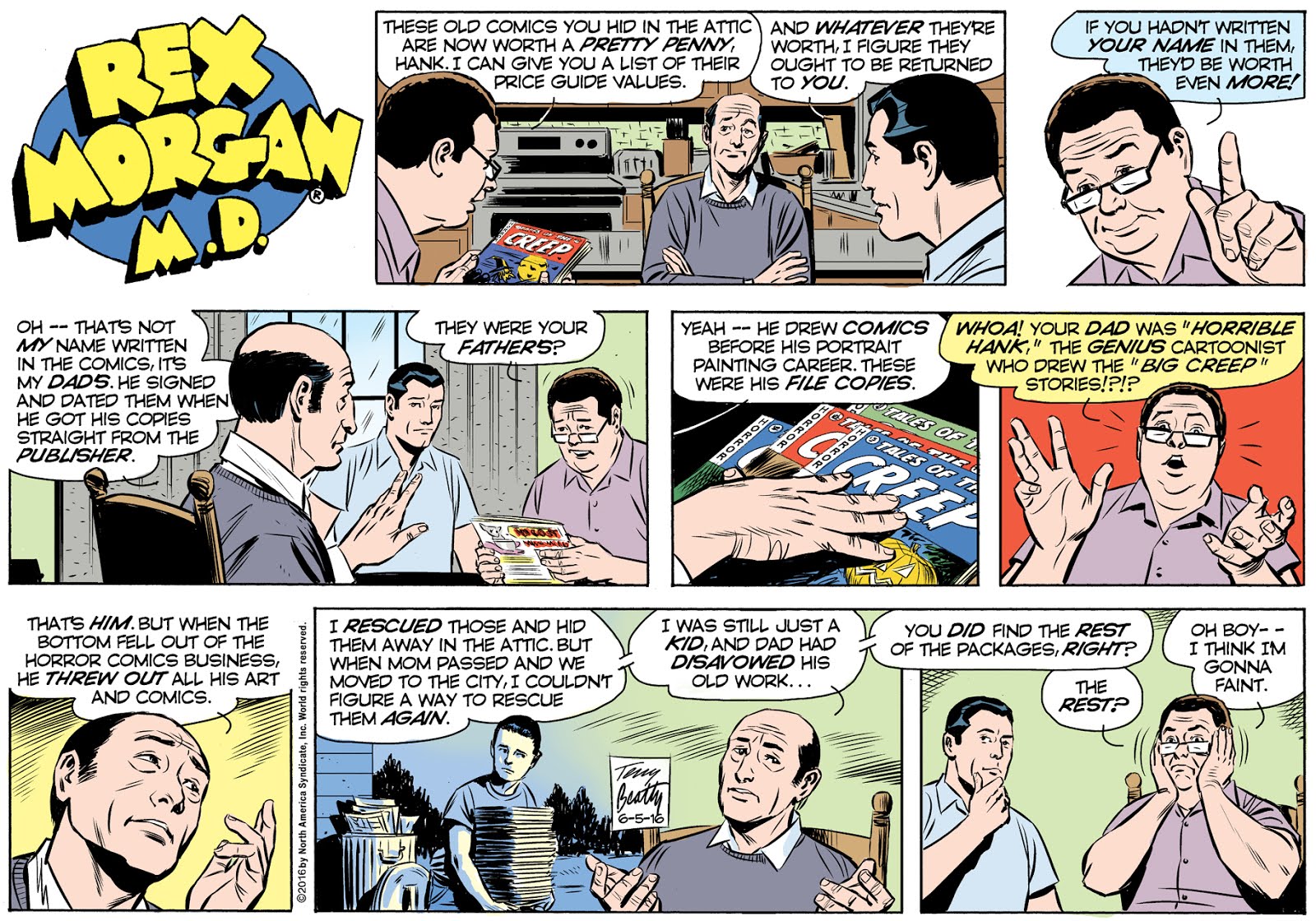