My second week as writer/artist on the REX MORGAN strip. In order to catch up a little on a much too tight deadline, I called in fellow cartoonist Ronn Sutton to help with the pencils on the dailies. He worked on next week's strips, too. These are, again, the gray toned dailies done for the newspapers that run the strip in glorious black and white (as they should). The King Features-hired anonymous colorist of the daily strips does a fine job -- but given a choice, I still like my dailies sans color.

After seeing this week in print, I realized June should have been saying electrical sockets, not plugs -- but that was a common misuse of the word in my neck of the woods when growing up, so it didn't sound wrong to me when writing it. Oh, well -- I can always say June grew up saying it wrong, too!

The diner in the Sunday page may look a little familiar to my Twin City pals -- I based it on St. Paul's Mickey's -- a favorite lunch stop when I lived in Minnesota. And of course "Zippy Service" is a nod to Bill Griffith, whose comic strip often features classic diners.

Some readers seem confused about baby Michael being there in the Sunday page -- I thought I didn't have to spell it out that Rex and June had gone home and picked him up before heading to lunch. I'm trying to move things along at a faster pace now that I'm running the show, so at times I'm just going to skip over minor stuff like that and figure the readers can fill in the blanks.

And yes, we're done with Franco and Cilla. 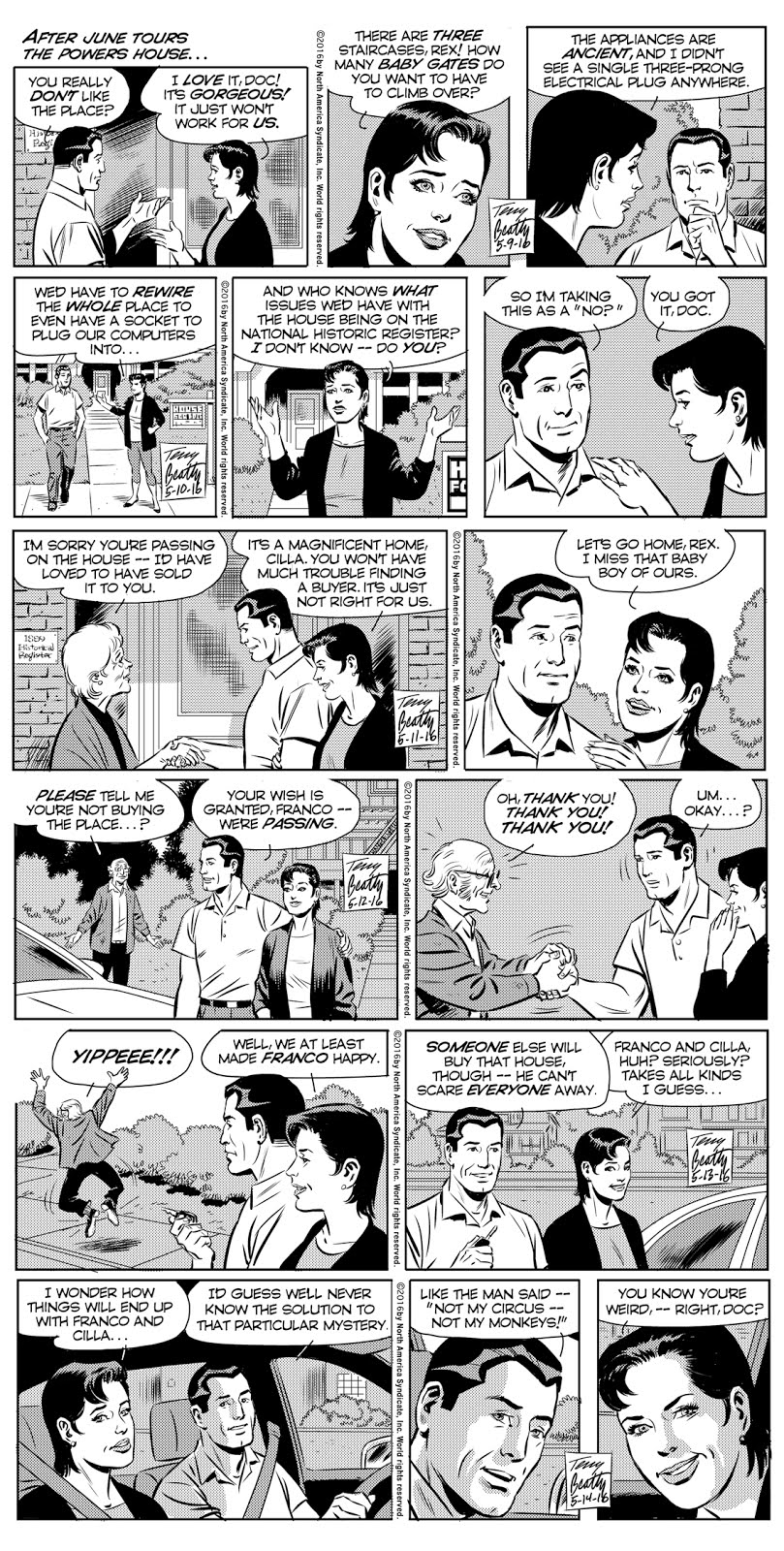 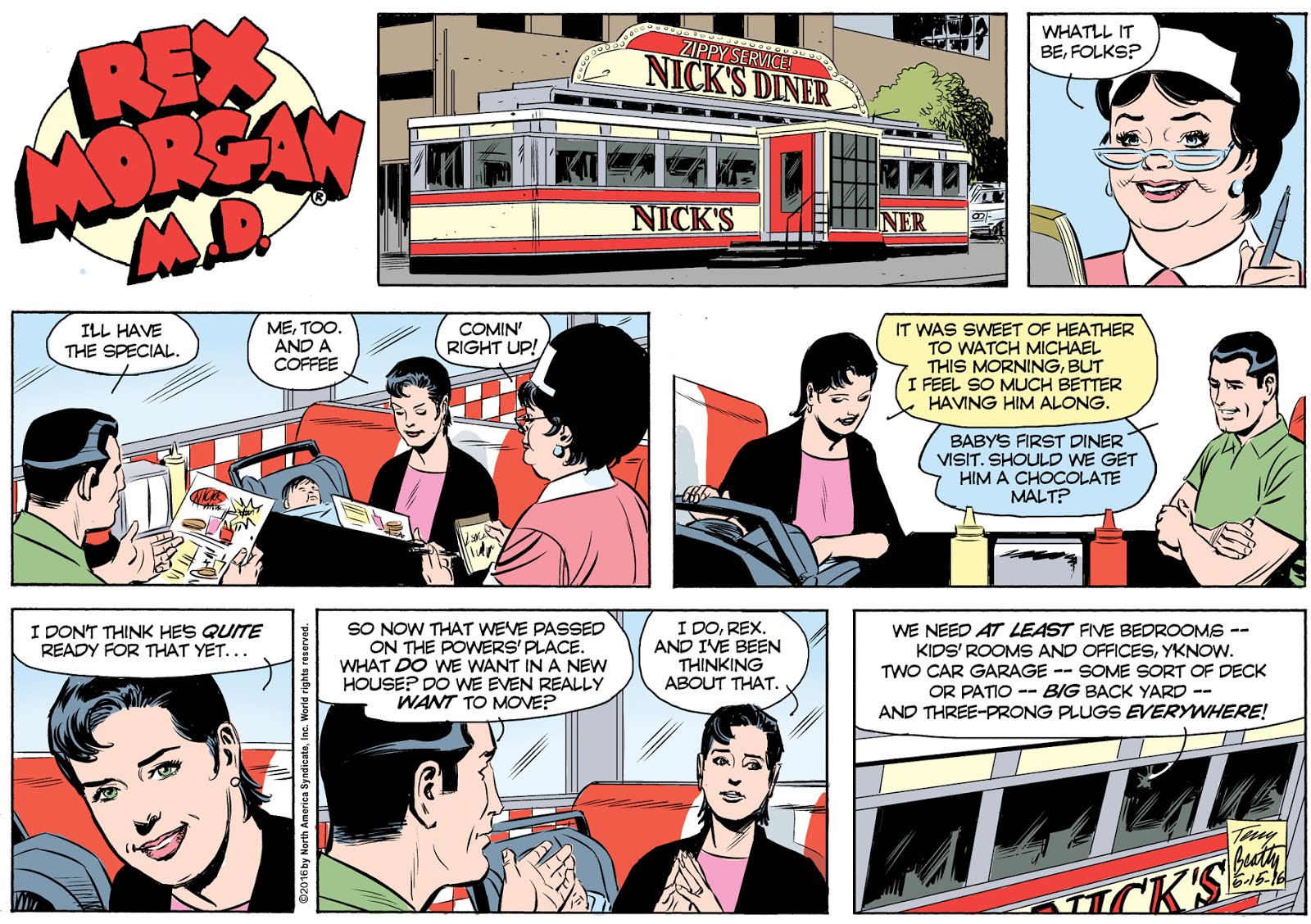