I've had multiple requests to continue posting the Sunday pages for my comic strips here. You can always read them at the Comics Kingdom site -- and I encourage you to do so -- and leave a positive message in the comments section, please -- but I'll cave and post them here, since so many have asked. Here's a "catch up" post with both Phantom and Rex Morgan strips. 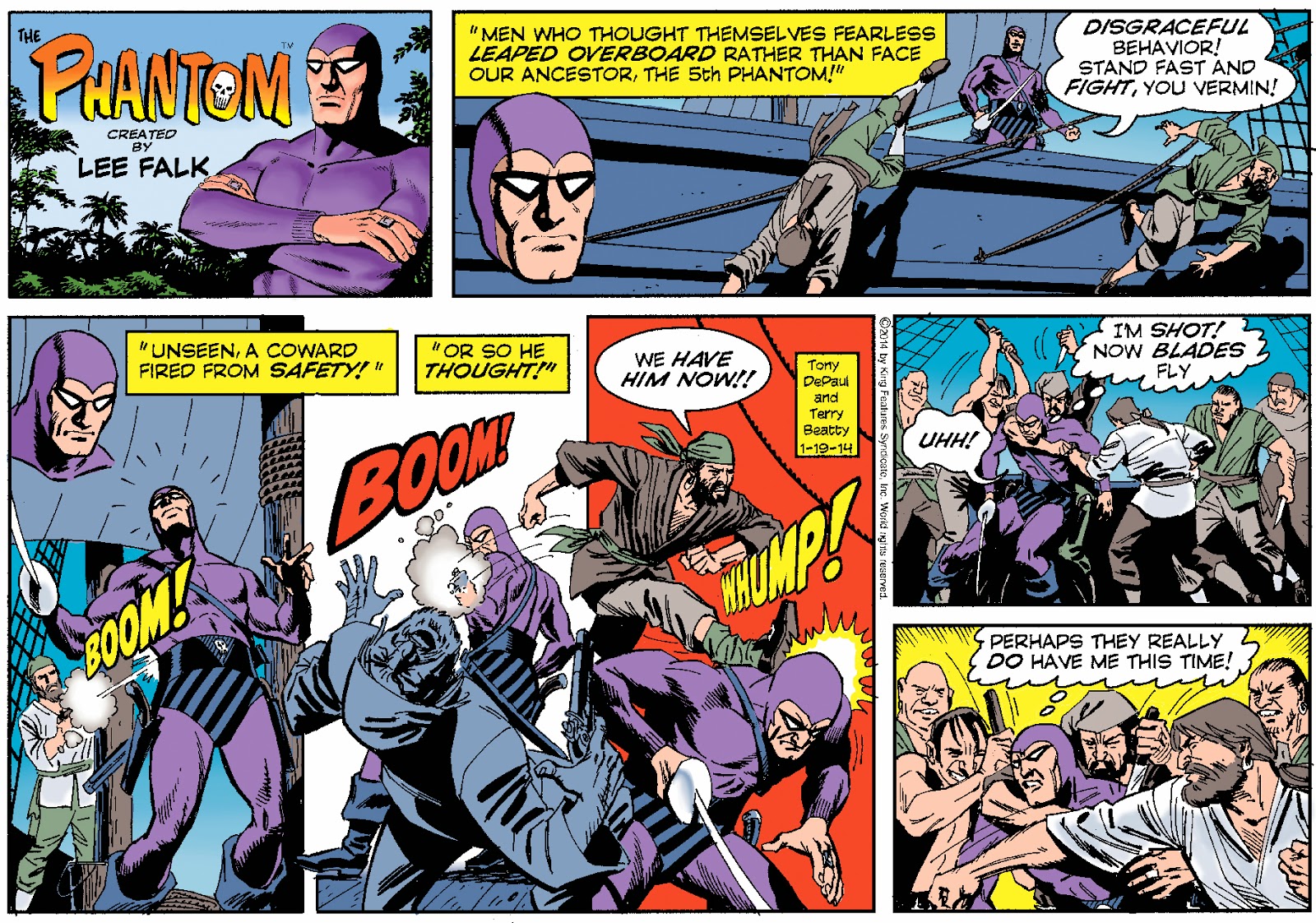 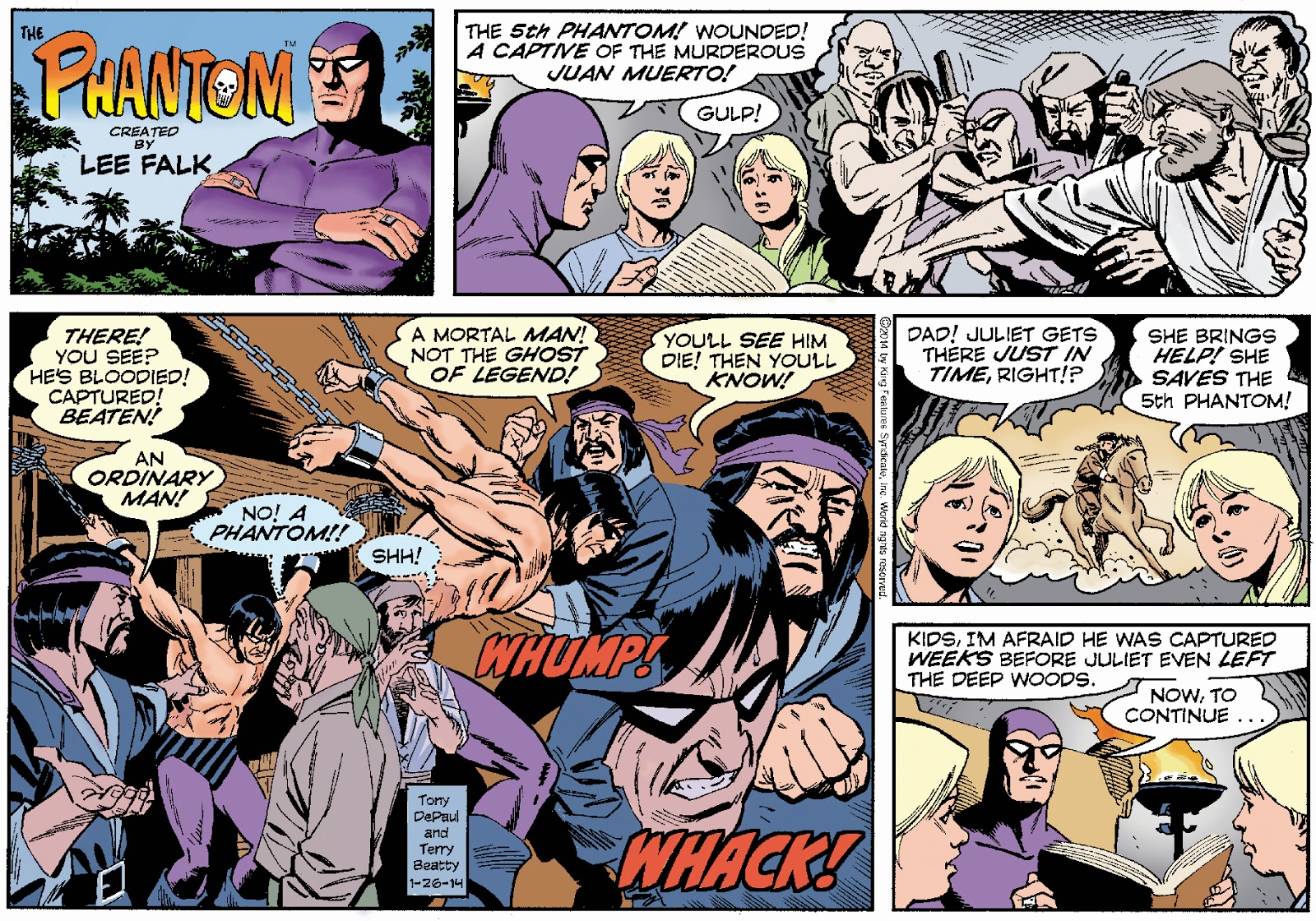 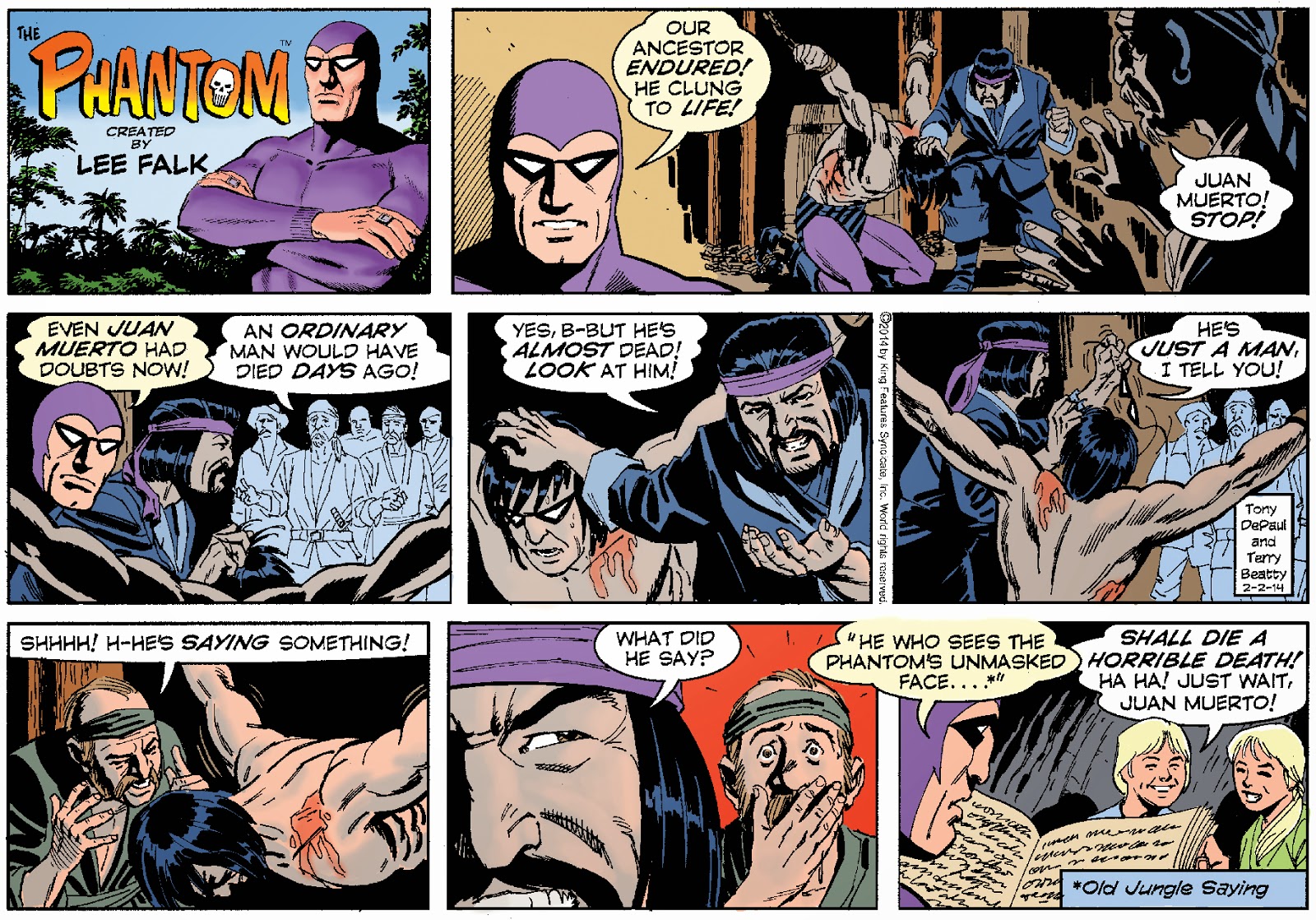 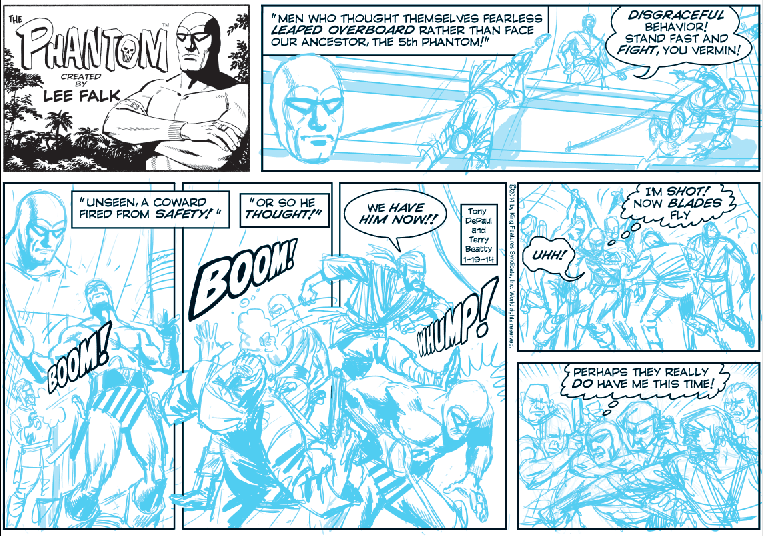 Here are the last three Rex Morgan Sundays. Becka's hair do is frustratingly inconsistent from strip to strip. Drawn out of my head on 1-19 -- and then referenced from previous strips on 1-26 -- leaning quite hard on Graham Nolan's version. Later on I've settled on something sort of in-between. Sigh... more results of tight deadlines and not nearly enough time (I was also fighting deadline on a Tarzan comic book story at the time -- and being sick, too -- typical freelancer fun!)

She seems to have been wearing that same top (or a similar design) for a dozen years now.  I'm torn between shaking it up and giving her a different outfit now and then -- or just buying into the fact that it's a comic strip, and this is her "costume," much like Orphan Annie's red dress.... 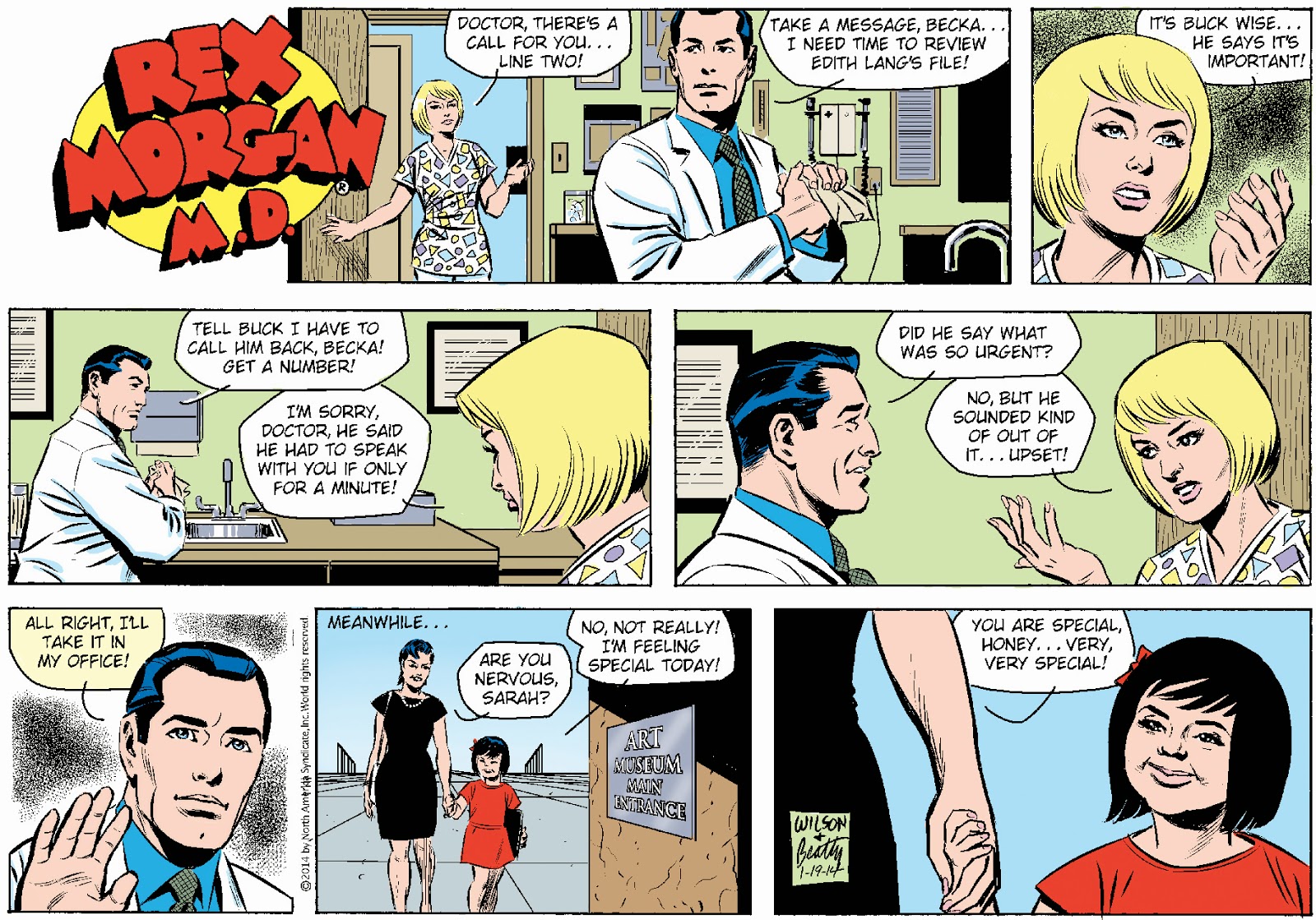 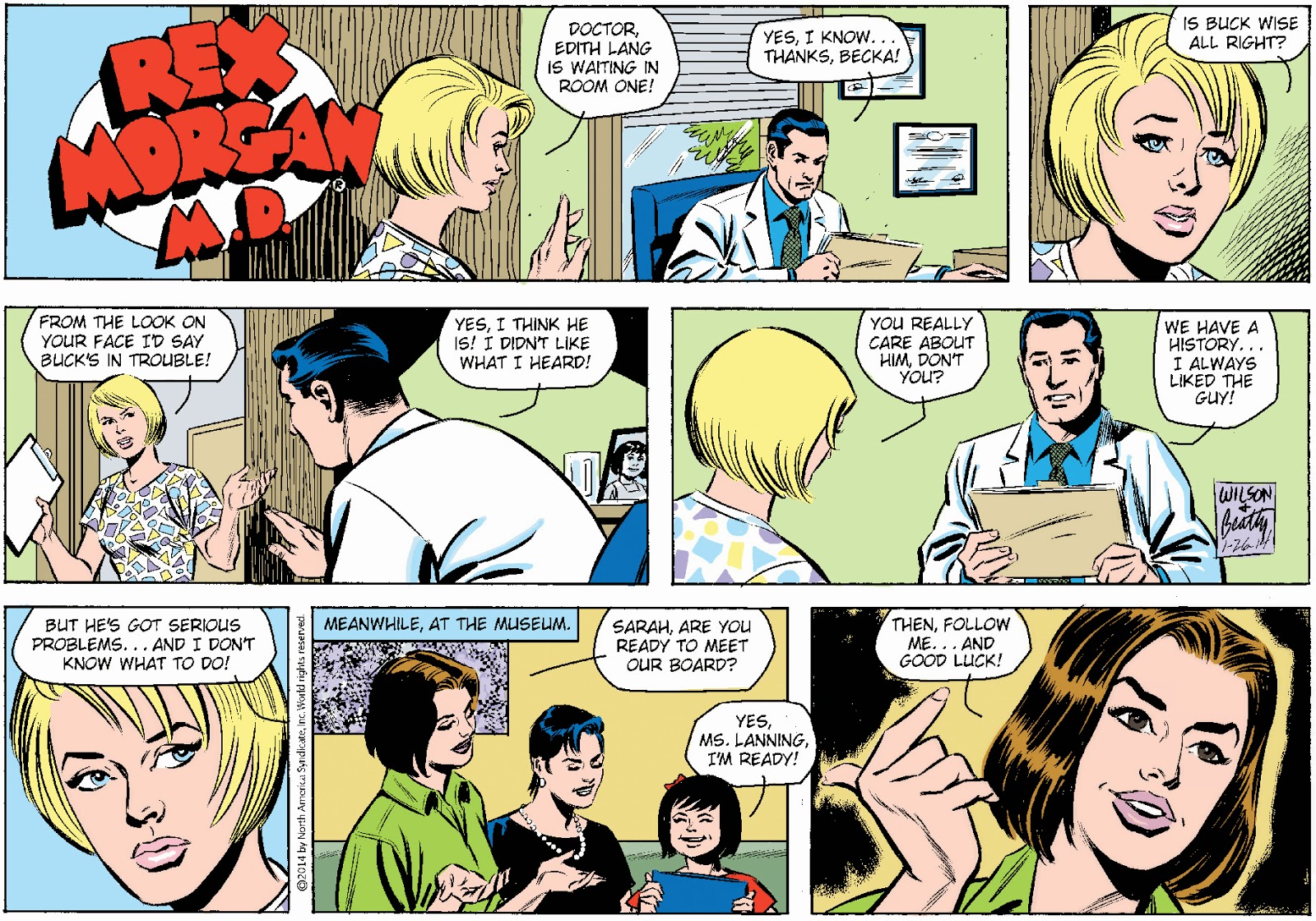 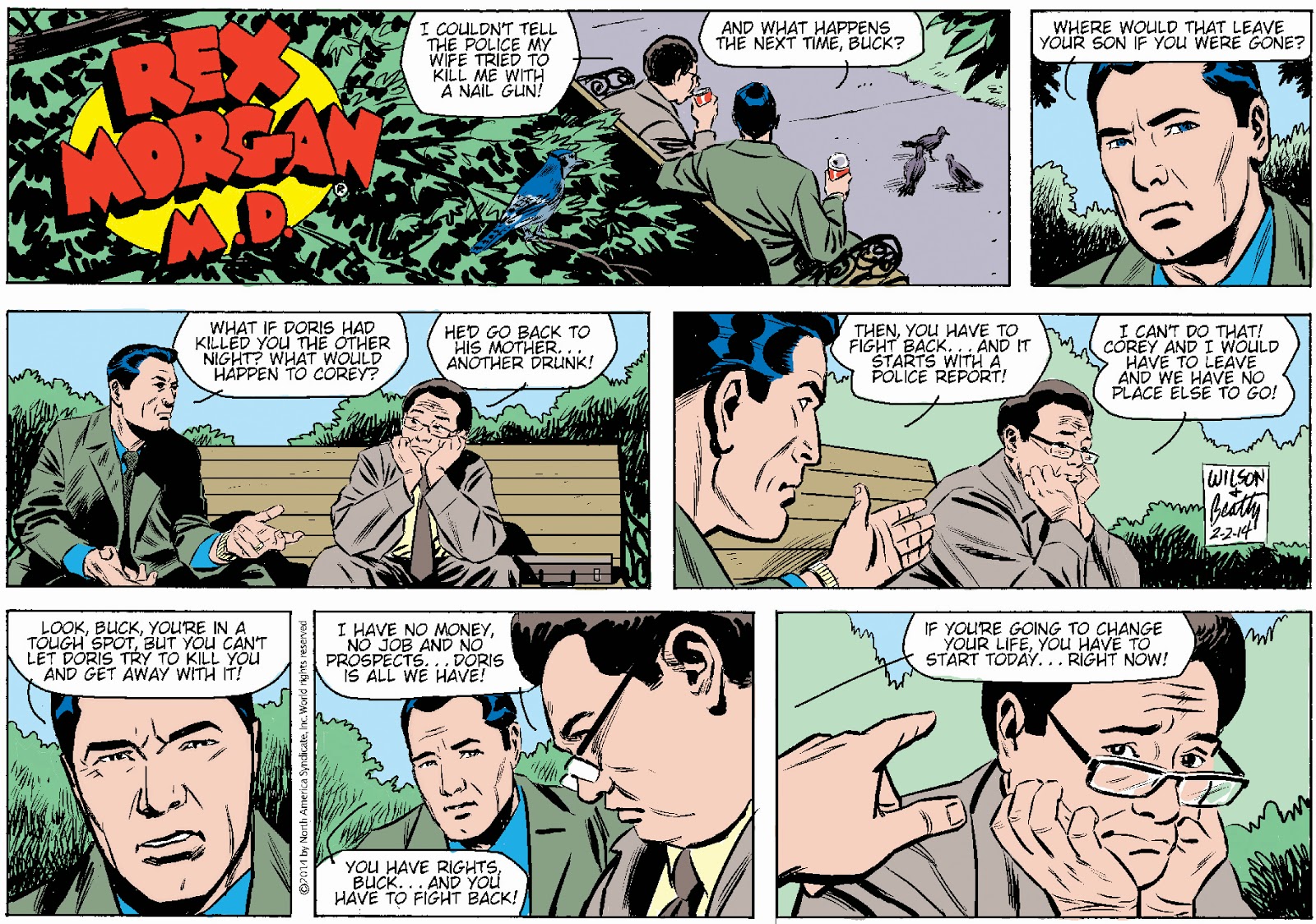