Here's a project that has been in the works for years!  At long last, we're done and going to print -- with boxes to be released in August.  There are 50 cards in each of these sets -- with additional 3-D versions of the SHOCK cards!  The cards have stories written by Kurt Kuersteiner --and all are drawn by me (my pals Chris Bailey and Michael Collins helped with pencils on a handful of cards -- thanks, guys!)  I've just finished drawing 250 sketch cards (with the assistance of my talented MCAD intern, Hannah on some of them -- thanks, Hannah!) that will be randomly inserted into card packs.  I'm very excited about this project, and can't wait to have the printed versions in my hands!  If you'd like more info, check out Kurt's site: Monsterwax .
Below are an ad for the cards that will be running in Non Sports Update magazine, (which will be running a feature article on the cards), title cards and previews of several cards from the sets.  These will be limited to 1000 boxes, and pre-orders are being taken -- so, if you'd really like a box, I'd suggest ordering soon, as we expect this to sell out -- especially after the NSU article sees print. I really enjoyed getting to cut loose and draw all the creepy monsters and such featured on these cards. If you like EC horror comics, or vintage monster movies -- or just like an old fashioned scary story (the kind told around a campfire), you'll dig these.
If you'd like to see them, I'll post some preliminary pencils for the cards -- maybe some inked versions (pre-color) and a preview of a few of the sketchcards.  Want to see them?  Leave a comment and let me know! 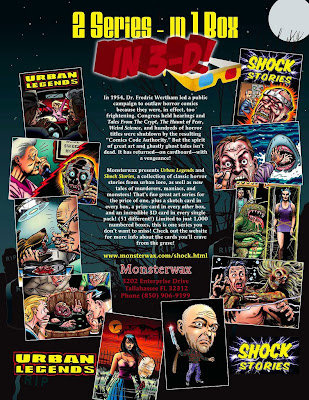 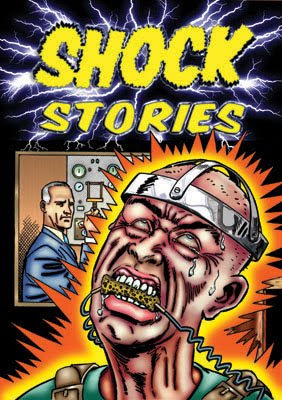 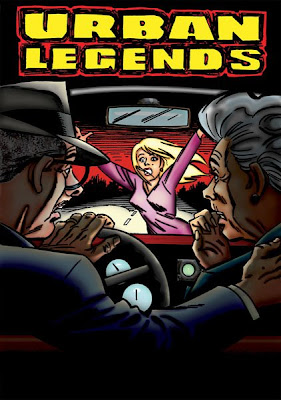 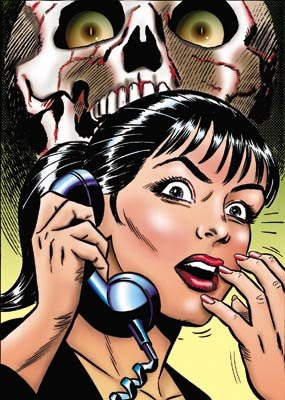 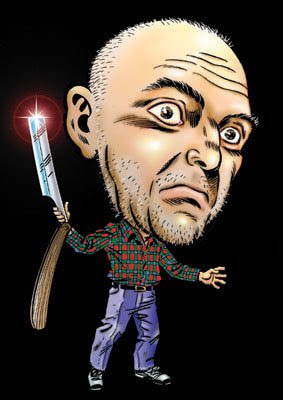 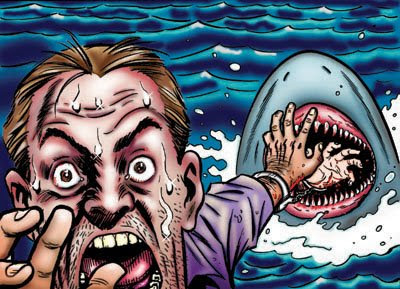 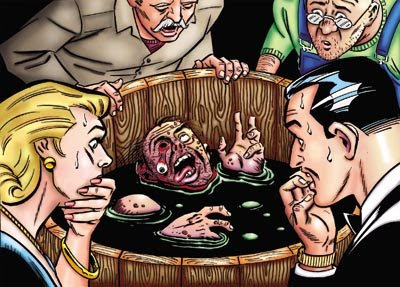 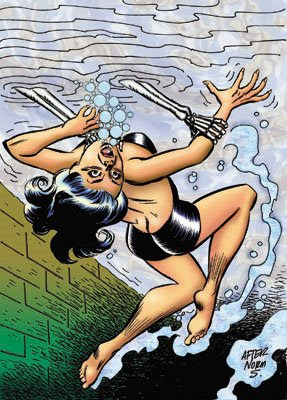 LOVE the guy in the wine barrel! And of course I'd be very interested in seeing preliminary sketches, they're my favorite part of the process.