The Batman Strikes... out! 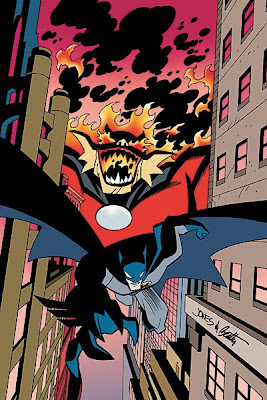 It seems odd to be writing this post.  I just got my copies of The Batman Strikes #50 -- the final issue of that series.  Above is the art for the cover (though a version I found on the web with coloring I actually prefer to the version that was published -- I'm just not a fan of a lot of the modern color effects being used today -- give me flat traditional comic book color any day).  Anyhow --For eleven years I've been inking the animated style Batman titles for DC Comics -- and, for now at least, I'm done.  The animated series upon which The Batman Strikes was based has run its course -- and the comic book has followed suit.
There's a new Batman cartoon in the works -- and there will be a comic book version.  Whether I'll be working on that, only time will tell.
So, lets' take a walk down memory lane, shall we.  Here are some of my favorite covers/issues of the various Bat-books.
Chris Jones and I only got to draw a handful of covers for The Batman Strikes -- but for my money, they're the best ones the series had.  here's a quartet of them -- some in B&W, shot from the original art, others showing the printed color. 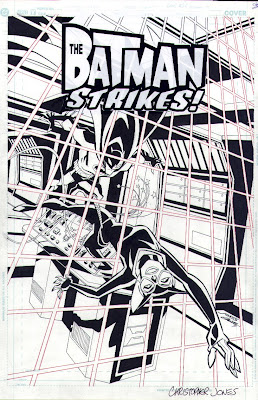 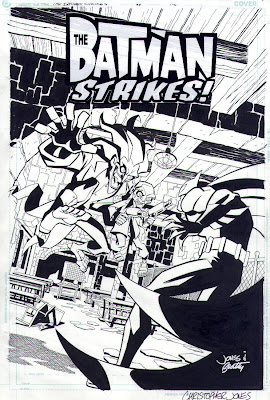 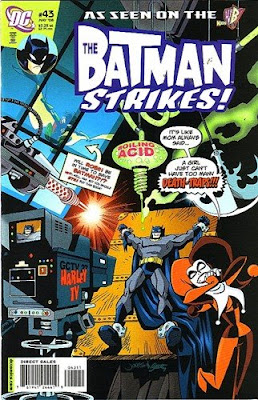 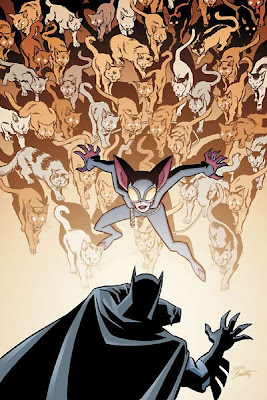 Batman and Robin Adventures #18 was the first issue of my long run on Batman.  I'd been hired to fill in for inker Rick Burchett, who was taking a break to draw the first half-dozen issues of Superman Adventures.  When Rick returned, he did so as penciller, and I stayed on as inker.  The cover of #18 is by the ever-wonderful Ty Templeton. 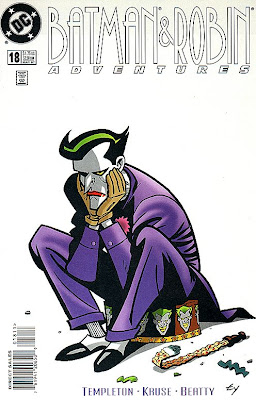 One of my favorite cartoonists, Joe Staton, pencilled a number of issues of  the Bat-comics -- and I always enjoy inking Joe's pencils.  Here's the cover of our adaptation of the animated film Sub-Zero, minus any distracting cover copy.  This got reused for a freebie mini-comic in packages of microwave popcorn.  How odd it was to walk into a grocery store and see this image on the popcorn box! 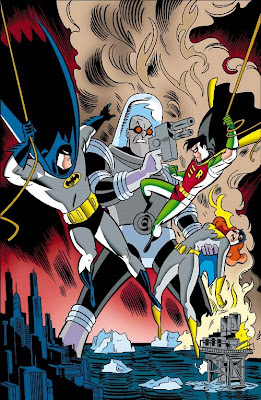 Bob Smith and I collaborated on many covers for both Gotham Adventures and Batman Beyond.  This is my favorite of our cover images. 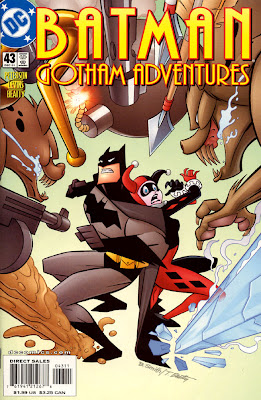 Under this great Bruce Timm cover lies my favorite collaboration with Joe Staton.  This Paul Dini-scripted adaptation of the Superman/Batman film won us an Eisner Award for Best Graphic Novel in 1998 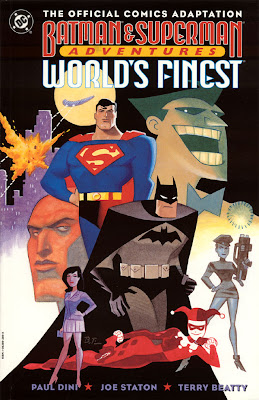 Another great Bob Smith pencil job.  This for Batman Beyond -- a series I particularly enjoyed. 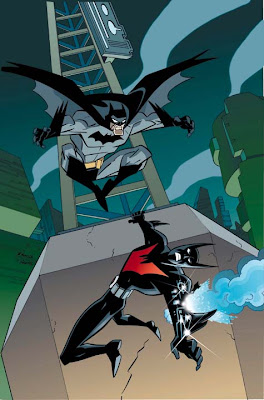 I may be digging into my files and posting some more Batman images if you'd like to see them (let me know).  I had a great run on these titles and got to work with some really talented, wonderful writers, artists and editors.  I won't try listing them all here, as I'm sure I'll miss someone -- but I want all my collaborators to know that I sure enjoyed the ride and would enjoy working with any of them again.
Will I ever work on Batman again?  What's next for me in the comics world?  Stay tuned and I'll let you know....
Posted by Terry Beatty at 10/01/2008 10:44:00 AM

definitely. I would request stuff from Gotham Knights #1 -- I was looking through that Batman: Animated book and noticed the cover, seeing that you inked it -- I LOVED that comic in sixth grade!

Are you thinking of "Gotham Adventures?" "Gotham Knights" was a rejected title for that series. While I inked the interior of #1, the cover is 100% Ty Templeton.

What a great retrospective...I hope you're on for the Brave and the Bold adaptation!