I've just finished a two year teaching stint as "visiting artist" in the comic art program at the Minneapolis College of Art and Design (MCAD).  I spent several semesters teaching as an adjunct faculty member before that.  Along the way I've posted a little student art on this blog -- but not as much as I'd have liked.  Now that my time at MCAD is done (well, for the time being -- I've left it open to possibly return as adjunct at some point), I wanted to be sure to post at least a few examples by some of the remarkably talented young artists who've been part of my MCAD experience. 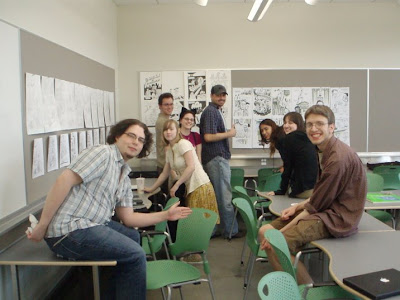 Here's a rare pic of one of my classes -- the "Comic Three" crew from the Spring '08 semester.  That's Seamus Burke, Maddie Queripel, Jessica Boire, Ed Moorman, Josh Eddings (who has interned for me -- assisting on inking "The Batman Strikes"), Vanessa Parker, Roxy Polk and David Lundin.
Following are some sample pages and panels by some of my students.  Some of these were done for classes other than mine -- but all these students spent some time in my classroom. 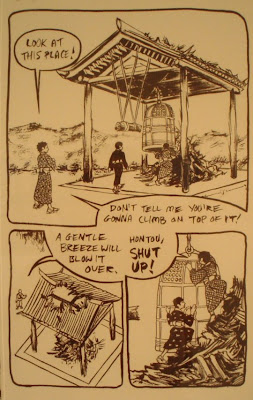 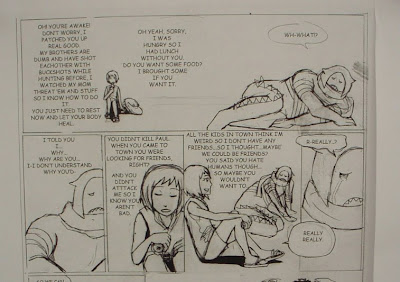 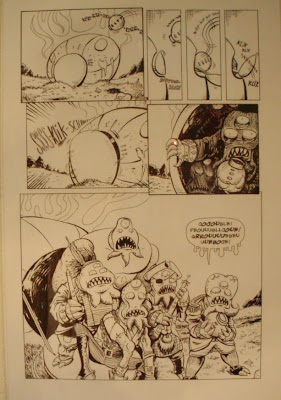 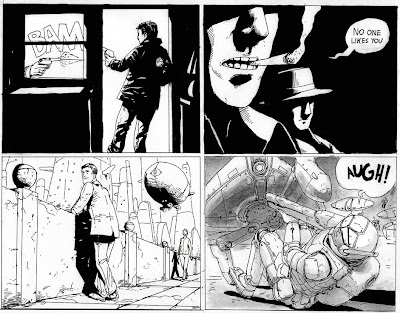 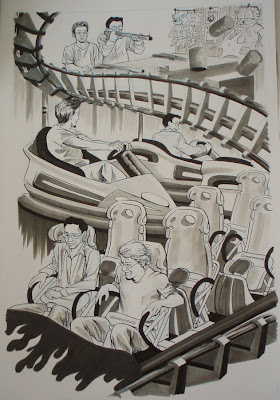 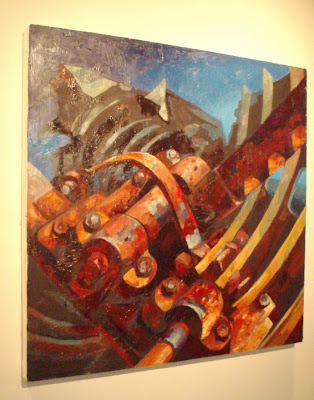 Mat Ollig -- he did good comics for me -- but really shines as a painter. 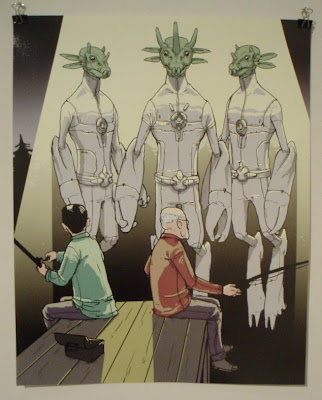 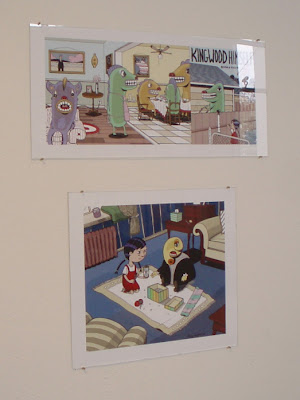 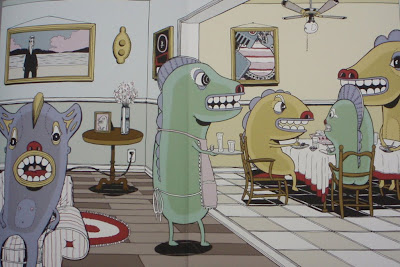 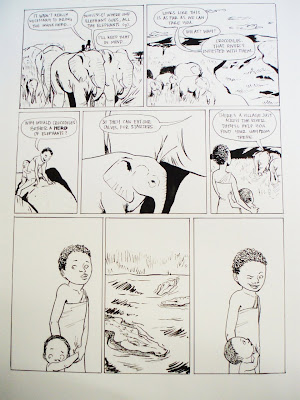 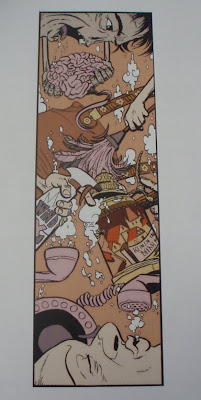 An illustration by Joel Vollmer 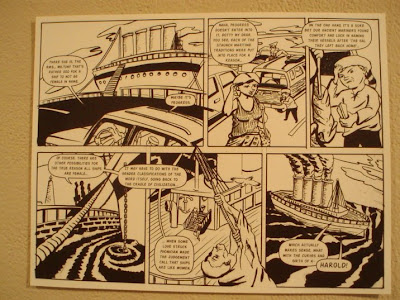 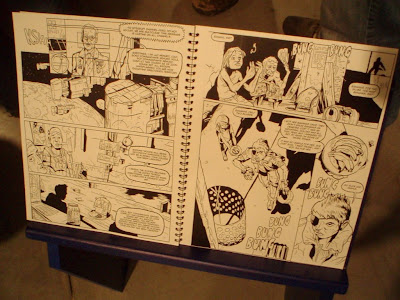 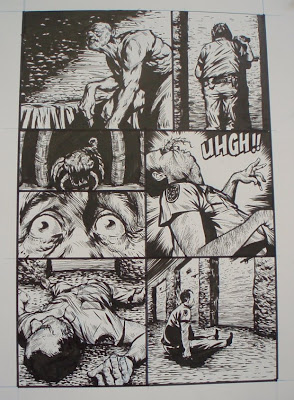 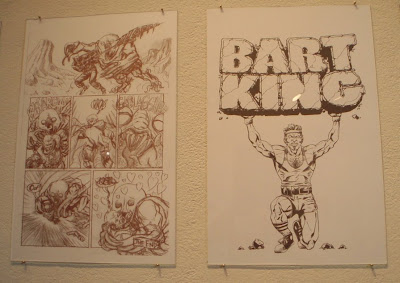 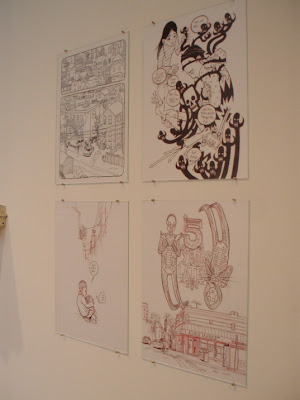 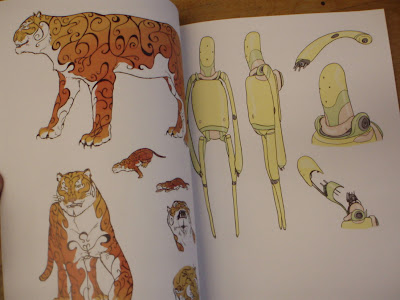 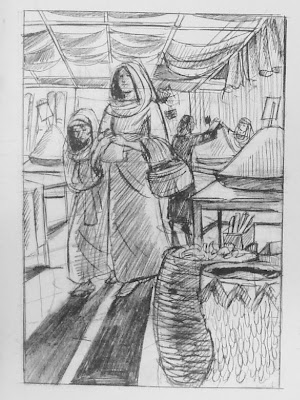 Francesca Buchko
If I can find a few more examples, I'll post some more eventually.  I think you'll be seeing much more from these artists in the future. They all impressed me with their talent and dedication and I'm thrilled to have had the chance to work with them.
Posted by Terry Beatty at 6/11/2008 01:58:00 PM

Oh wow! Josh was a subscriber at the comic store that I worked at for the better part of a decade and I never knew that he was an artist... I wish I would have known would have gave us something other then just comics to talk about :)

Nice to see all the hard work pay off isn't it. Talented bunch, good luck!

Your ability to teach and inspire is as great as your passion for comics and pop culture. You're the man. Keep it up.

Aw, that's a nice post. Wish I had the chance to get you for a teacher. Guess you'll always be that Terry guy at conventions for me haha. -CBC

Oi there is nothing of Jessie's!
Where are her cat people and such?
lol sorry this is her cousin (trying to find her email to ask for a commission.)