Welcome to my world

Since I'm having issues updating my long-neglected website, I've decided to join the ranks of the bloggers. I'll be posting art from new projects, pics from events I've attended -- whatever strikes me as worth posting, I suppose.

For the uninitiated, please allow me to introduce myself. I'm Terry Beatty, cartoonist, illustrator, sculptor, teacher -- and most recently, grandfather to month-old Dawson Cole Evans. 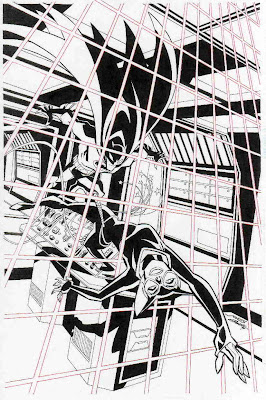 My comics credits include a long, on-going run as inker on DC Comics' animated-style Batman books -- currently "The Batman Strikes," working with fellow Twin Cities-based cartoonist Christopher Jones. For a dozen years, mystery novelist Max Allan Collins ("Road to Perdition") and I produced "Ms. Tree," a comic book series about a tough female PI -- we also worked together on the comic books, "Johnny Dynamite" and "Mickey Spillane's Mike Danger." Max and I recently collaborated on "A Killing in Comics." It's a mystery novel set in the world of comics publishing, chock full of illos (and a cover) by me. It's out now -- check your local bookstore or amazon.com. 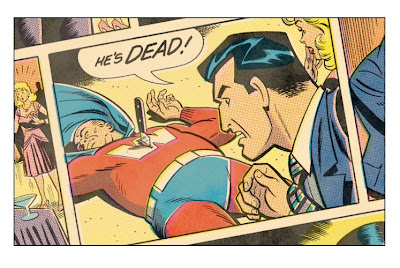 I've also been providing cover illustrations (and the rare comic strip) for "Scary Monsters" magazine for some ten years -- hence my nickname, and the title of this blog. 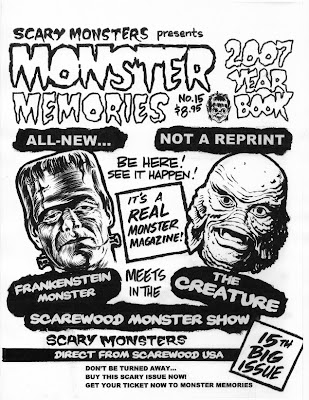 After moving to Minneapolis from my hometown of Muscatine, Iowa, I was "drafted" by fellow cartoonist Barb Schulz to join the crew of comics instructors at the Minneapolis College of Art and Design (MCAD). I'm a year into a two-year stint as "visiting artist" there, and enjoying working with a remarkably talented group of up and coming cartoonists. I'm sure when the school year starts back up in August, I'll be posting plenty about that.

For now, I'll sign off -- but I'll be posting again soon. I have tons of pictures from my recent week in Green Bay at the "Rockin' 50's Fest" (more about that later) to post -- I'm looking forward to sharing them with you.