I just spent a week in Green Bay, Wisconsin, attending the Rockin' 50's Fest -- the world's largest rockabilly/roots music festival. I took quite a few pictures, and will be posting them over the next few days. My first day there was Tuesday the 15th -- I arrived early to catch the pre-festival show in the casino lounge, featuring Ray Collins' Hot Club, Levi Dexter and Lee Rocker. Unfortunately,no photography was allowed in the casino -- so I have no pics of any of the bands that played on that stage. I do have quick sketchbook drawings of some of the musicians -- and may be scanning and showing those later. There were four tracks of music running all the time -- so it was impossible to see everything -- and no photography was allowed during headliner Little Richard's show -- but here are a few of the acts I did see on Wednesday. More pics and comments in future posts. 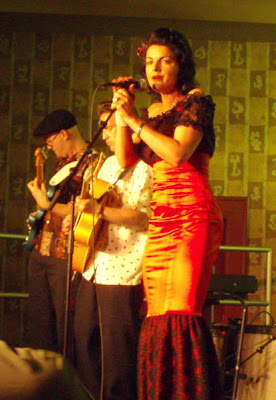 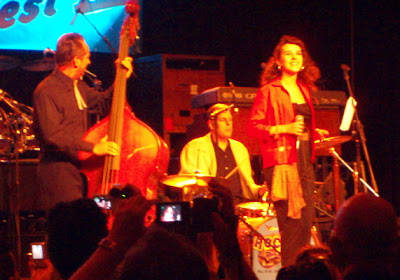 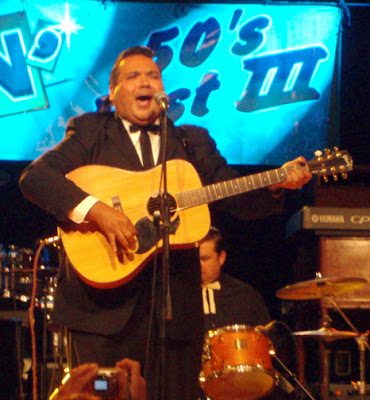 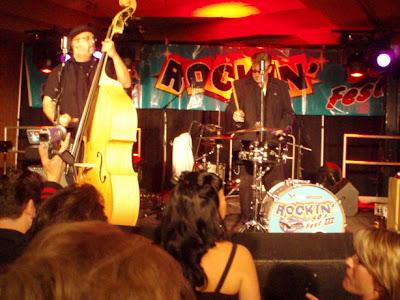 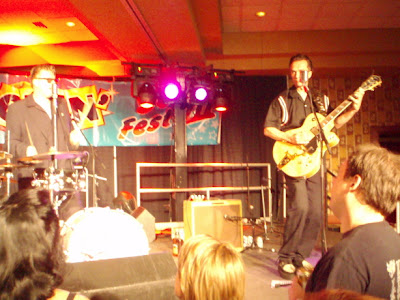 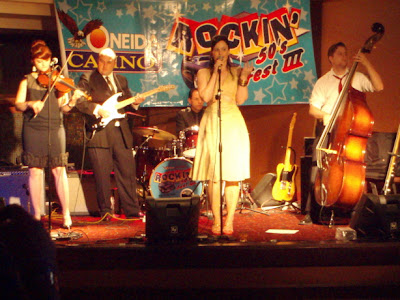 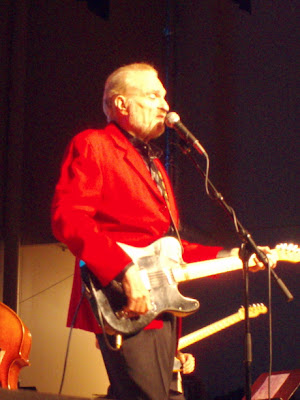