I was recently contacted by Roy Thomas about contributing some images and info to a TBG/CBG article for an upcoming issue of ALTER EGO. That reminded me that I'd promised to post some more of my TBG covers here, and figured while I was scanning some of them for Roy, I'd better make good on my promise and show some here.

Below is a Halloween themed cover, paying tribute to both EC Comics and the Warren magazines. Cover date says Nov. 5 -- but I seem to recall the 'zine was, like most comic books, dated early -- so I hope folks saw this in late October! 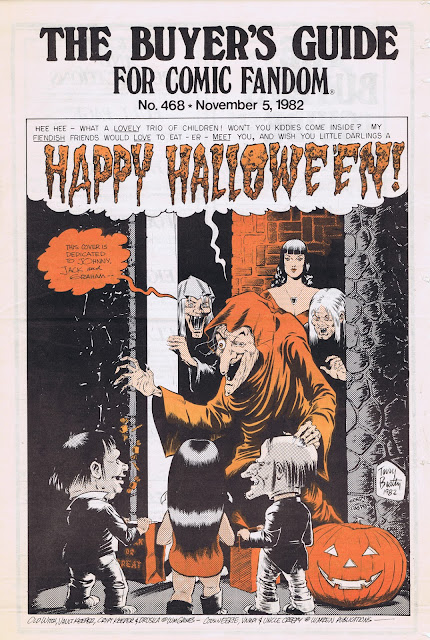 My tribute to Everett Raymond Kinstler. I love Ray's Western comics -- and am particularly crazy for his version of Zorro. I do wish this were better drawn -- Silvertip has some loooong legs.... 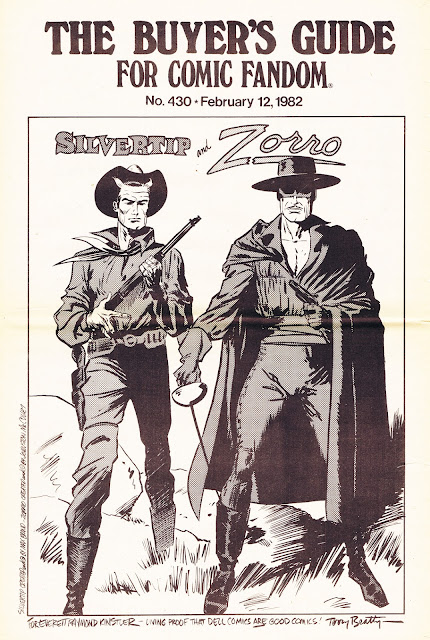 My homage to Ditko. Spider-Man villains in green! 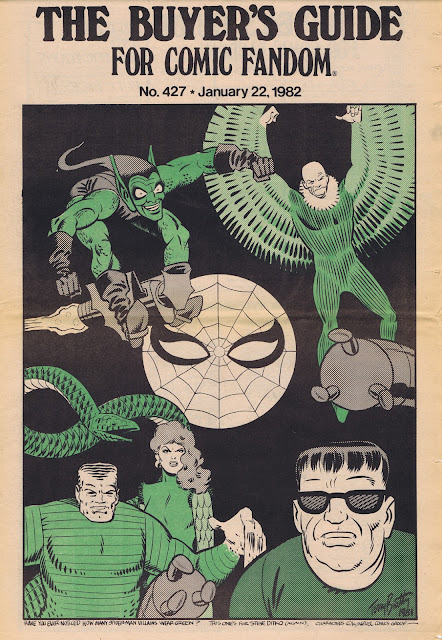 One of several Christmas covers I drew. The original art for this one is now in my sale portfolio, after residing in my "keeper" file for decades. 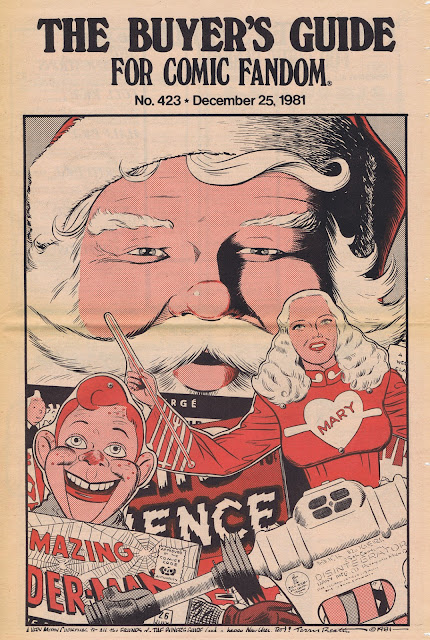 A tip of the hat to Jack Kirby's Fantastic Four -- the Ayers-inked-era, it seems! My tear sheet of this was a bit more tanned than typical, and had some other issues as well, so I cleaned it up in Photoshop --  printed in black and white -- might be fun to color some time. 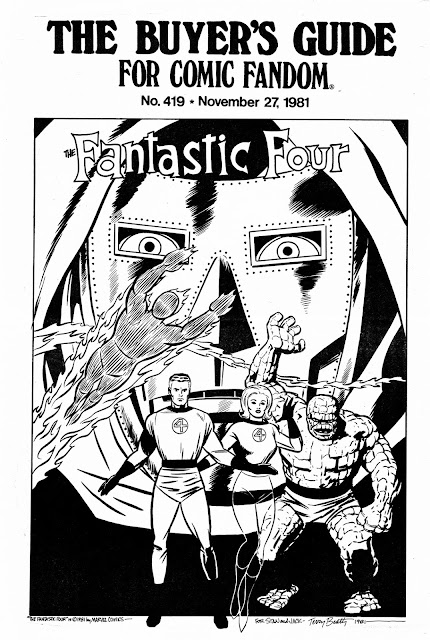 One of several "experimental" covers. The TBG budget wouldn't allow for full four-color printing -- but three was a possibility. So I did this Steranko tribute in three-color -- making the line art a combo of all three process colors -- no actual black involved. Color and effects done with cut zip-a-tone on mylar layers. 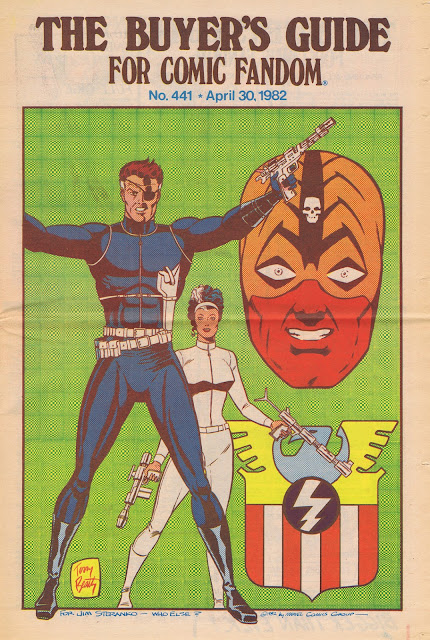 And since we're living in the future, with these newfangled computer thingamabobs, I can now do what  I wanted to back then -- and replace that brown linework with black. Thank you, Photoshop! There are folds and smudges that are still evident, that some more work might remove -- but no time for that now. 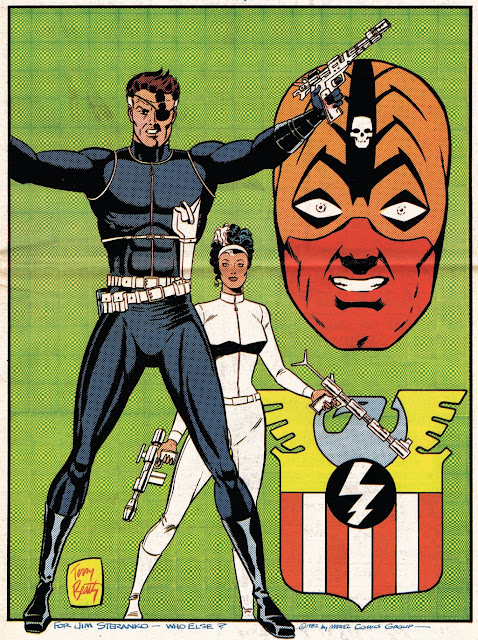 I've been a fan of Joe Staton's work since I first saw it -- and first saw it in the Charlton issues of E-MAN. Here's my tribute. No idea what's going on with that curved border at the bottom. Can't imagine I drew it that way -- but the original art is long gone, so I can't check. 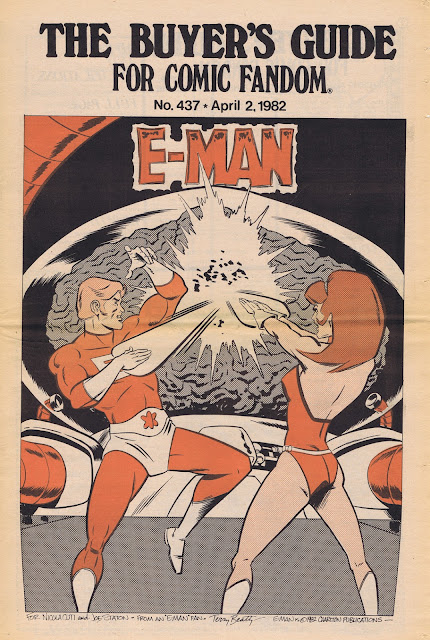 There are still at least a half dozen covers I've not shown here -- but they'll have to wait for another scanning session. In the meantime, I hope you've enjoyed this blast from the past. If you want to get a little more background on my time at TBG, you'll find it in that upcoming issue of ALTER EGO I mentioned earlier.  I'll be sure to plug it here when it is published.
Posted by Terry Beatty at 8/04/2013 05:06:00 PM

Email ThisBlogThis!Share to TwitterShare to FacebookShare to Pinterest
Labels: The Buyer's Guide for Comics Fandom