The corral is OK

Another double dose of The Phantom. When I read the script for the first strip shown here, I thought I'd better look up past strips to see how previous artists had drawn Hero's corral, for continuity's sake.  After searching through YEARS of strips, I found two panels, both of which showed the simple wooden fence you see below. As Mandrake says, "That's it! SIMPLE!"

As for the second strip -- yes, John Romita Sr.'s Gwen Stacy DID make a big impression on me when I was a kid.

I was also amused, that, after drawing this, while watching the 1966 BATMAN movie with my four year old son (his request!) -- I realized our ship's Captain looks a whole lot like that film's Commodore Schmidlapp! Those early impressions stick. 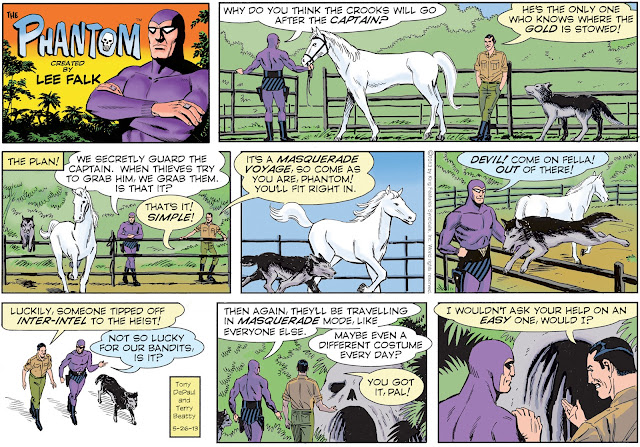 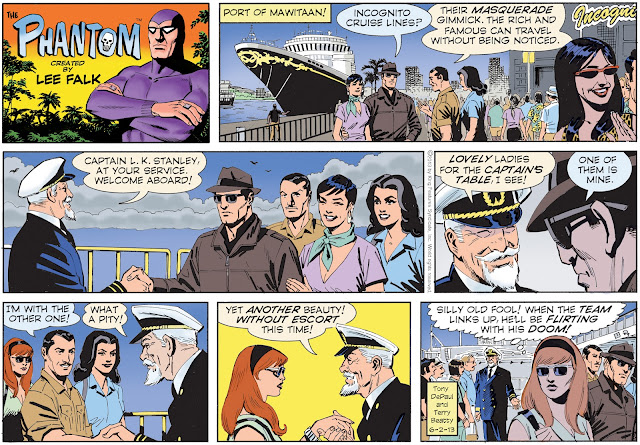