About a month ago, I took on a small batch of commissions. I had set aside an entire weekend to work on them, and had planned to stick to the drawing board until they were done -- and then get back to my regular comic book and illustration work when Monday rolled around.
Of course, things do not always go as planned. About an hour into working on these I felt a tickle in my throat -- started to cough a little -- and an hour later was suffering one of the worst colds (or flu bugs -- or allergy attacks -- who knows?) I'd ever had. I spent the rest of the weekend curled up under a blanket on the couch, hoping I'd die soon and get it over with. The cough hung on for weeks.
So -- the commissions lingered, as I had to get back to my regular work. But I'd find a little time here or there to work on them -- and finally finished these today. Now of course, I have to make time to pack them up and send them -- and as busy as I am, that's trickier than it sounds.
And then I need tackle the last one -- which I haven't started yet! I will draw it, Richard -- I will!
But let's have a look at the ones that are finished -- starting with Daredevil and the Black Widow. 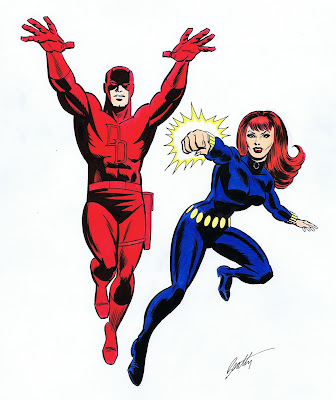 Here's a more elaborate piece than usual -- as the client wanted the character running through a swamp at night -- it's Marvel monster Werewolf by Night. 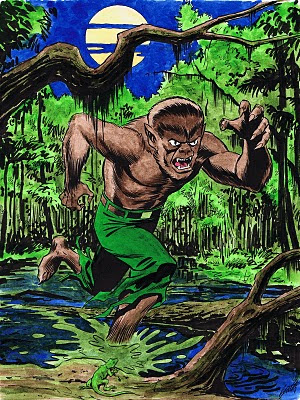 The Golden Age Phantom Lady and her flowing locks! How much time does she spending curling her hair, I wonder? 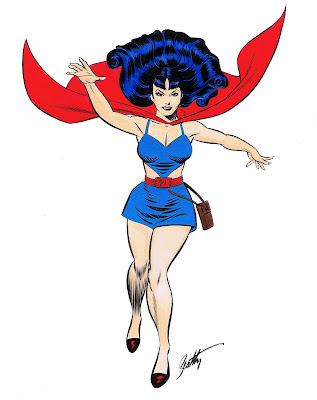 I've often been commissioned to draw Golden Age DC characters -- particularly members of the Justice Society of America -- so here, one more time, are Dr. Mid-Nite and Hourman. 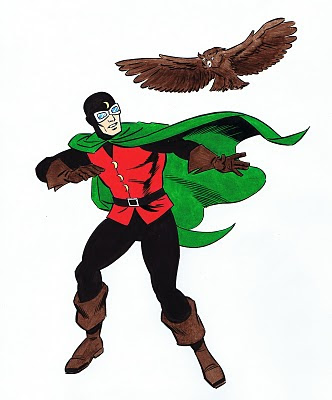 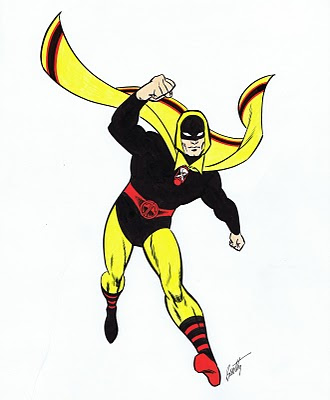 I do enjoy doing these -- and wish my schedule allowed for more right now -- but I need to spend the rest of this month finishing up (as much as possible) my pages for Return to Perdition. So if seeing these has you wanting to hire me to draw your favorite character(s) -- I'm happy to do so (for my standard fee) -- but it'll be a little while before I can take any orders. So hold that thought and get back to me in 30 days or so, OK? Thanks!
Posted by Terry Beatty at 3/06/2011 03:52:00 PM

I always love seeing your commissioned artwork. These are splendid--and I especially love the swamp-bound Werewolf by Night!