While reading through a batch of public domain Golden Age comics scans on my new iPad (which I won in an internet contest -- no foolin'!), I stumbled across a couple of treats -- two more stories drawn by C. A. Voight. I have no idea who drew the cover for 1945's Meteor Comics #1 (shown below) -- and neither does the Grand Comics Database. In fact, the GCD misidentifies the Voight stories as being by George Marcoux, the artist of Supersnipe. I've reported the error, and I hope it's fixed soon.
Teeny McSweeny is a three-page military humor strip, complete with WWII-era racially insensitive portrayal of the Japanese. It's less caricatured than most from that period -- but still a reflection of the times.
Impossible Man is a seven-page story of a regular guy in a world of super-heroes -- long before Supertown, Astro City or the hero-filled world of Unemployed Man. It's also the second Voight story I've posted to feature a splash panel of the hero holding aloft a huge "dumbell" weight -- see Voight's He-Man.
I did some clean-up on the scans -- though some of the off register color was just too much to even attempt to fix.
If you enjoy these vintage comics posts, please leave a comment! 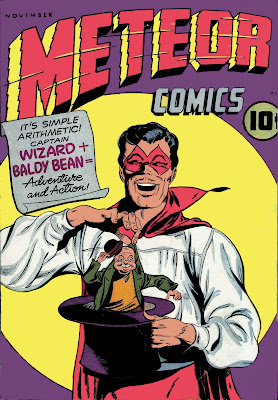 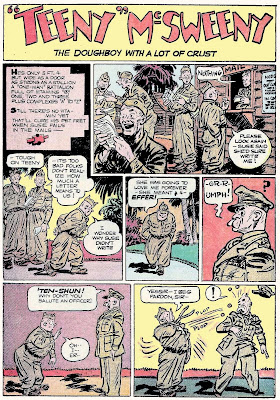 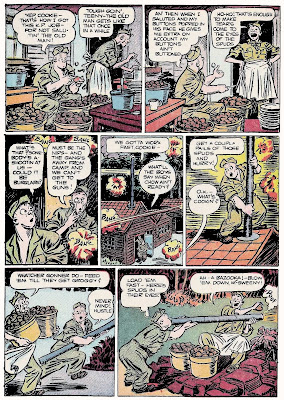 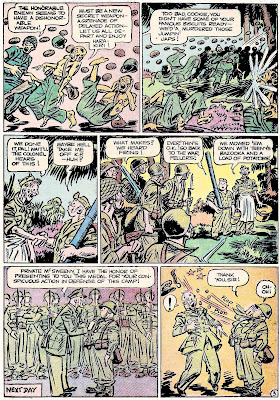 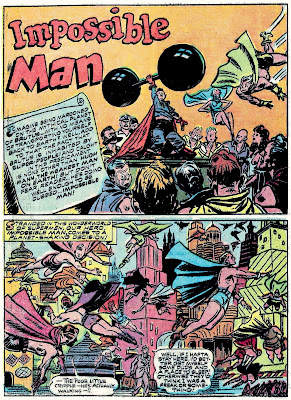 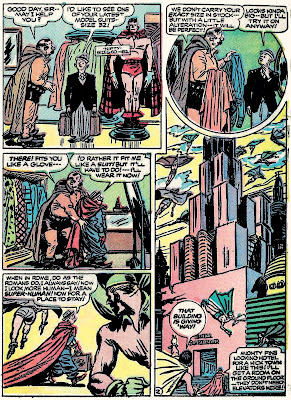 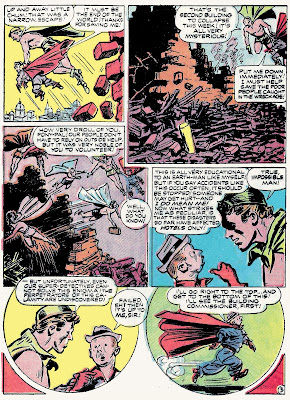 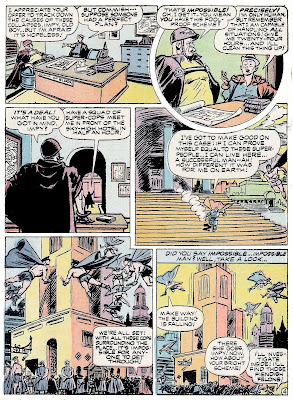 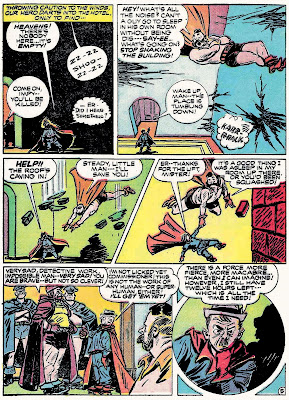 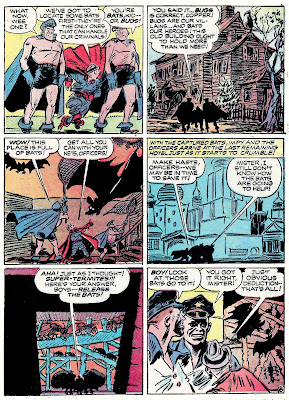 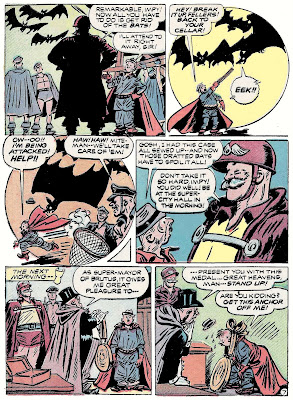 Thanx for these pages!

I always loved Charles Voight syndicated work (PETEY and BETTY) and his comic book art is wonderful too.
It's a pity Voight died at only 60.

George Marcoux was a newspaper cartoonist too.
McNaught syndicated his TODDY strip in late 30s.

The error in attribution by GCD is really odd: their graphic style was very different.

Thanks again for the Voight stuff.
He was an amazing draughtsman.
He's one of those guys who made the amazing look easy.

I love this stuff.